Real estate developers aren’t starting many new projects these days – which means they’re also not doing much damage to wetlands and wildlife habitat. That’s good news for the environment, but bad news for wetland and wildlife mitigation bankers. The Obama stimulus package looks set to give a needed jolt to certain segments of the economy and some banks. 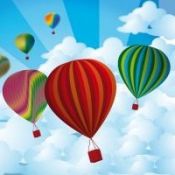 Real estate developers aren’t starting many new projects these days – which means they’re also not doing much damage to wetlands and wildlife habitat. That’s good news for the environment, but bad news for wetland and wildlife mitigation bankers. The Obama stimulus package looks set to give a needed jolt to certain segments of the economy and some banks.

1 February 2009| Former National Mitigation Banking Association president Craig Denisoff sat in his Sacramento, California office fluctuating between hope and trepidation. The crashing economy that tore the foundation out from under Wall Street, bankrupted businesses and threw service workers out on the street has hit way too close to home, said the co-founder and vice president of Westervelt Ecological Services.

“Let’s face it,” he said. “All you have to do is read the papers, rip it from the headlines, and you see that private development has definitely slowed down.”

In fact, he adds, the general “economic recession” is a downright “real-estate depression” – devastating news for wetland mitigation bankers, who restore wetlands to compensate for those destroyed by new development and conservation bankers who follow a similar business model to protect endangered species.

Still, he said cautiously, there is reason for optimism. If approved, President Barack Obama’s stimulus package just passed by the House last week and on its way to the Senate for their revisions currently allocates roughly $30 billion for highway and bridge projects and another $14 billion for other infrastructure projects. And highways, because of their need to connect two points regardless of any wetlands that may lie between, require mitigation even more frequently than houses. Denisoff and his fellow wetland mitigation bankers stand poised to cash in.

While many Americans recently began feeling the economic squeeze, the real estate market that helps fuel mitigation banking has been tanking for the past three years, said Peggy Strand, counsel for the National Mitigation Banking Association and partner in the Washington, DC-based law firm Venable LLC. With excess inventory, developers stopped building homes. And housing development normally makes up about a third of the demand for wetland mitigation bank credits, according to data compiled by
Sheri Ford Lewin, president of the National Mitigation Banking Association and of the Florida-based consulting company Environmental Resource Marketing.

The remaining demand comes from infrastructure projects, particularly highways and bridges. But this demand has also been limited in recent years. To save tax dollars, local governments have become notorious for delaying infrastructure repairs, resulting in well-publicized disasters such as the Minnesota bridge collapse last summer.

The good news, bankers say, is that demand could skyrocket within the next six months if the Administration’s proposed Economic Stimulus Bill proves successful.

The $819 billion package passed by the House of Representatives on January 28 includes $43 billion for transportation infrastructure, of which $30 billion is earmarked for highways and bridges. The Senate is now debating the bill, and Republicans are pushing to add even more for highways and other infrastructure projects. If passed, the stimulus package should jumpstart development of highways, bridges, airports and rail lines. And it could jumpstart the mitigation banking industry as well.

Moreover, the stimulus package – combined with the new Administration’s push for green alternatives, environmental markets and emphasis on clean water – could turn mitigation banking into a ground-floor opportunity where smart money goes. The Senate is expected to vote on the package on February 13.

But with so much still undecided, many investors are holding back.

Carl Lucero, Deputy Director for water markets for the newly formed Office of Ecosystem Services and Markets, said “it’s a good thing that water is a priority, so we’re in the mix for of this whole stimulus package.”

The problem, he added, is that no one knows exactly what the fallout will be for mitigation banking.

“We’re moving pretty fast,” he said during a break from a meeting at the non-profit forest conservation organization
Forest Trends (publisher of Ecosystem Marketplace) in Washington, DC, “but in saying that, we don’t even have an office yet.”

While some mitigation banking firms have laid people off, others are positioning themselves so that their banks will be ready when the market improves, said Strand.

“I was surprised when I looked at public records that there were quite a few for proposed mitigation banks,” she said.

Vicki Tauxe, the mitigation banking coordinator for the Florida Department of Environmental Protection, noted a similar trend. Applications to create mitigation banks have held steady in
Florida, one of the states worst hit by the real estate crash. In fact, she added, a new application came in just last week.

This is in part because some bankers have taken advantage of the lower prices for land – although much of the land that could be used for mitigation banks has held its value and isn’t going at bargain prices. That’s because land typically chosen for wetland mitigation banks would otherwise be used for agriculture, a commodity that has generally remained steady, Denisoff said.

Meanwhile, wetland mitigation banking companies that hold compensation contracts for ongoing infrastructure projects are making money despite the economic downturn. EarthMark Mitigation Services LLC, for example, has been somewhat insulated from the real estate collapse thanks to a number of wetland mitigation banks it established to compensate for infrastructure projects that have been in the works for years, said Richard Mogensen, another former mitigation banking president and the company’s Mid-Atlantic director.

EarthMark’s wetland banks include one built to compensate for coal mining in West Virginia and another that compensates for transportation projects that cut through the New Jersey Meadowlands wetlands.

Yet even with these banks’ success, there is nowhere to completely hide from the economic crises. Mogensen said he had expected a bank his company established in North Carolina and received credit-sales approval last year would be completely sold out by now. Instead, sales have been disappointing.

“Everyone is in retrenchment mode,” Mogensen said, “hunkering down and trying to get into survival mode.”

Devil’s in the Details

Mitigation bankers’ mood could change from survival to success almost as soon as federal infrastructures billions are released. But “could,” it seems, is the operating word. When it comes to positioning mitigation banking to cash in on the billions of infrastructure money, said Mogensen, the devil is in the details.

Although no one knows how the final bill that gains Senate approval will look, under the House-approved American Recovery and Reinvestment Act of 2009, transportation infrastructure projects must be “shovel ready.” Priority will be given to projects that can be contracted within 120 days so that they quickly provide jobs, cash and stimulus for the economy.

Clearly the economic crisis that ravaged the world economy has included the wetland mitigation banking industry in its wrath. And with the stimulus package still not finalized, it is impossible to know whether wetland mitigation bankers will be among those that benefit immediately from the billions the Administration intends to push for highway, bridge and other infrastructure projects.

Fortunately, bankers say, the industry possesses innate strengths including flexibility, long-term contracts and business diversification. This leaves it nimble enough to jump on whatever opportunities the final stimulus package may offer.

And it leaves it strong enough to wait out the downturn. If the stimulus package works as planned by putting the economy back on track, there will be renewed need for mitigation banks.

“Folks are in trouble and laying people off but we also see a trend of getting options on land and getting positioned so that when the market starts to improve there will be banks available,” Strand said. “The patient money is now beginning to get property entitled figuring it can take 6-18 months and then it will be shovel ready as the private economy recovers.”