Clean cookstoves can save millions of lives around the world, and voluntary carbon markets have become a key source of finance. Ecosystem Marketplace and the Global Alliance for Clean Cookstoves are now gearing up to collect data for the Alliance’s annual Results Report, and the focus now shifts to compliance markets. 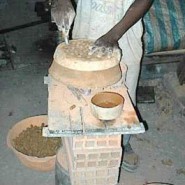 27 May 2014 | More than 4 million people die each year from strokes, cancer and cardiopulmonary diseases caused by indoor cooking, according to the World Health Organization. That’s more than AIDSs, malaria, and tuberculosis combined, and it’s a key reason corporations are channeling their enviro-dollars into carbon offset projects that fund the distribution of clean cookstove technology.

Now, governments are looking at the co-benefits of cookstoves and are willing to pay above-average prices to achieve them. Last year, the Swedish Energy Agency (SEA) purchased carbon offsets to fund the distribution of clean cookstoves, opening the door to new opportunities for cookstove project developers – and, in doing so, further blurring the lines between voluntary and compliance markets.

Cookstoves on the Rise

Ecosystem Marketplace and the Global Alliance for Clean Cookstoves (“the Alliance”) first collaborated in 2013 to track carbon finance for cookstove projects, finding that the projects’ additional social, economic and environmental benefits (“co-benefits”) were exactly what buyers are looking for.

Click here to see a demonstration of clean cookstoves
and learn how carbon finance pays for their distribution.

The number of cookstove project developers relying on carbon finance rose fourfold in Alliance’s Results Report last year – representing half of the organization’s 246 survey respondents. Demand for their offsets was virtually evenly split between companies using offsets to comply with the EU’s regional carbon emissions cap (aka the “compliance market”), and those purchasing offsets to fulfill voluntary corporate social responsibility targets (aka the “voluntary market”). Together, they offset emissions equivalent to 16.9 million tonnes of carbon dioxide.

But such an even split is uncommon, given that regulation-based demand typically dwarfs voluntary action. “Having a 50-50 split in projects is very unusual to find in the carbon market,” noted Grattan MacGiffin, a manager at EcoInvest Services.

In a world of less-than-optimistic outlooks for the fate of the EU-driven Clean Development Mechanism (CDM) and of a voluntary market full of competing offset project types like avoided deforestation, this balance merits deeper examination.

Late 2013 saw two large-scale contracts which could tilt the balance towards the compliance market. Both Climate Care and UpEnergy secured forward contracts with the Swedish Energy Agency to deliver 500,000 offsets each by 2020; amounts they said were not possible from any other buyers.

“My personal experience in the voluntary market over the last six months is that Ã¢â‚¬Â¦it’s such a buyer’s market that nobody will sign forward contracts. So if one is looking for significant deal sizes that you can actually plan around and actually build a business around in the long term, you have to go to the CDM markets now and you have to have sovereign buyers making these above-market commitments,” said Erik Wurster of UpEnergy.

Yet even these contracts aren’t perfect. Both organizations admitted they would have preferred even larger contracts – ideally, closer to 1,000,000 offsets. “We still have to worry about outgrowing the contract,” said Tom Morton, Director of Climate Care.

The Sweden Energy Agency didn’t just fund Climate Care and UpEnergy last year – the country specifically sought out cookstoves projects from around the world to fund. While these projects had to meet baseline criteria, officials then judged each shortlisted project on an individual basis and tried to capture a spread of initiatives, explained Kenneth Moellersten, a Senior Scientific Advisor of The Swedish Energy Agency.

Moellersten confirmed that Sweden is looking at an increasing number of above-average pricing and/or creative ways of paying projects for demonstrated environmental performance (i.e “pay for performance”) instead of simply purchasing the cheapest Certified Emission Reductions (CER) available.

Luckily for large-scale projects, Sweden’s not the only country considering this. The country has joined several multi-lateral initiatives seeking to address this issue, including the World Bank’s Carbon Initiative for Development (Ci-Dev), which seeks to provide performance-based payments to the world’s poorest countries.

The Ci-Dev Carbon Fund targets carbon projects that focus on clean energy technologies. Recently, the Fund received additional financial support from Sweden, the United Kingdom and the Swiss-based ClimateCent Foundation, in the form of a $125 million pledge.

While the primary actors supporting payment for performance mechanisms for cookstoves remains limited, Morton believes more will appear in the future. “There’s a growing trend – Sweden won’t be the last,” he argued. “European countries are acting because they want to salvage the CDM. They believe in it.”

“Compliance” in Name Only?

The current compliance market for “high impact” projects like cookstoves hardly reflects the commoditized instrument envisioned in the initial CDM documents.
“In a perfect world, [cookstove projects] would all be compliance” explains Adrian Rimmer, CEO of the Gold Standard Foundation. “But there simply isn’t the available price. So what you have is a situation where those CDM projects that were being done have been sold in the voluntary market for a long time. Mostly what they’re doing is selling CERs to voluntary buyers.”

For those cookstove projects still sold within the compliance market, the prices are decided on a project-level basis instead of through impartial market forces of supply and demand. In this sense, said Wurster, the current compliance market already follows those key defining characteristics of the voluntary market: lack of price transparency and lack of liquidity.

As states like Sweden start to prioritize a credit’s co-benefits, and are willing to pay extra for it, the lines are even more blurred. When discussing the SEA’s experience with project developers, Moellersten said that the price paid varied from project to project. One project might work with very poor households and need a larger subsidy to be sustainable; another may only need a bit of additional income for scaling up their project. It was determined on a case by case basis, similar to voluntary cookstove transactions.

However, this isn’t to suggest that the voluntary market is out of the picture. A closer look at the Results Report 2012 data reveals that credits sold on the voluntary markets earned an average $11/tCO2e – significantly more than the compliance market’s $9.3/tCO2e average.

While both CERs and Verified Emission Reductions (VER) may be sold on the voluntary markets, the bureaucratic tape surrounding CERs means such projects take longer to develop. All CER projects must abide by CDM regulations, which include getting a country level sign-off on the project from the Designated National Authority (DNA). If both project developer and DNA know their carbon, the project might not take too long to get off the ground; but if either is inexperienced, businesses risk losing money during the long processing period.

Furthermore, many credits sold on both the compliance and voluntary markets gained additional certification through the Gold Standard (a full 75%, according to this study by the Stockholm Environment Institute; including 40% of all compliance market cookstove credits).

In effect, the CER credits must meet two sets of additional costs – from the CDM and Gold Standard – compared to VER credits. Thus project developers face a choice: risk longer transaction times for the potential to sell larger volumes of credits to the compliance market – and if not, retaining the flexibility to sell to the voluntary – or take the more straight-forward VER route for less time and potentially higher payments.

So will we see a change in the proportion of cookstove compliance and voluntary offsets in this year’s Results Report, to be released in September? Only the data will tell.

Note: Previously, this article cited the  2013 State of the Voluntary Carbon Markets  report, which found that buyers paid $11.2 per tonne.

Kelley Hamrick is an Associate in Ecosystem Marketplace’s Carbon Program. She can be reached at khamrick@ecosystemmarketplace.com. .