With 93 established banks, California is the undisputed national champion of species banking. So what’s up in Florida? It’s got significant development pressure, plenty of threatened and endangered species, and a strong wetland mitigation market, yet only two species banks on the ground. That could change soon; Ecosystem Marketplace has the story. 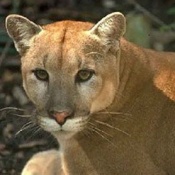 With 93 established banks, California is the undisputed national champion of species banking. So what’s up in Florida? It’s got significant development pressure, plenty of threatened and endangered species, and a strong wetland mitigation market, yet only two species banks on the ground. That could change soon; Ecosystem Marketplace has the story.

9 January 2009 | The southwestern tip of the US state of Florida is one of the most sparsely-populated patches of America east of the Mississippi. It’s also home to about 100 or so Florida Panthers (the last surviving members of the last surviving subspecies of cougar in the eastern United States) along with the American crocodile, the wood stork, and a number of rare orchids and bromeliads – all of which are protected by the Endangered Species Act.

That should, in theory, be great news for mitigation bankers like Les Alderman, because it means anyone who wants to develop real estate containing good panther habitat must offset this environmental impact by creating or preserving habitat elsewhere – an activity that has become increasingly necessary as development spreads out from Ft. Meyers.

But matching conservation to mitigation isn’t easy, especially with panthers. An individual home site might, for example, impact an acre or two, while a larger development might cover several hundred acres, but the home range for the average panther is about 150 square miles. For an animal with such substantial territory needs, how could an acre or even a hundred acres of mitigation have any real impact?

In 2003, the US Fish and Wildlife Service issued new national guidelines for species banking. At the FWS South Florida Ecological Services Office in Vero Beach, this kind of mitigation banking looked like a good opportunity for consolidating hundreds of individual mitigation projects into habitat conservation on a scale that might mean something to the panther. But the FWS couldn’t do a bank on its own; they had to create the opportunity, and then wait to see who came knocking.

Alderman heard of the FWS interest in fielding a panther bank proposal in 2004, while working for Earthmark, a developer of one of Florida’s first wetland mitigation banks. He found a few promising parcels, but Earthmark wasn’t ready for the venture. Partnering with his brother Jim, Alderman secured 1930 acres in Hendry County, south and east of Ft. Meyers.

“The panther requires a huge tract of land to feed itself,” says Alderman. The former ranch featured lots of cypress forest and some pine flats. A small portion had been farmed, but the working land had mostly been pasture. After securing the property, the next task was to develop a management plan — primarily restoring the historic “fire regime”, that naturally-occurring fires had been following for eons as part of the ecosystem – and, of course, keeping people out.

The Virtue of Patience

“Everything had to be vetted and re-vetted and checked up and down the line,” says Alderman. “It took an extraordinarily long period of time to just get the review through (the regional headquarters in) Atlanta.”

This despite the fact that FWS had encouraged the project from the outset.

“Whenever you start something new, you underestimate the resistance in the federal system,” says Dennis, who is coordinating conservation banking for the FWS in South Florida. “(Alderman) deserves a conservation award for putting up with the process.”

The Little Matter of Law

While Alderman was looking for property, Dennis began putting together the bureaucratic infrastructure for species banking in Florida. First he looked to California, where scores of species banks were open for business. As he began to adapt the legal documents for Florida, he quickly realized that California’s state government has a much more active presence on endangered species.

“We don’t have the state law backing us up (in Florida),” he says. “In California you can’t build anything without having to mitigate. Here, if you stay under the radar, you might not get a federal review.”

Using the federal guidelines, the California case studies, and a few pilot banks including Alderman’s, Dennis has now built a template for conservation banking in Florida that could lead to rapid expansion.

The long wait endured by Alderman is untenable for many who might otherwise be willing to invest millions of dollars in conservation. One property slated to become the state’s first scrub jay bank was instead bought by the county while the regional review dragged on. The conservation outcome was still good, but Dennis’s office has requested that sign-off be delegated down to the field supervisor, hopefully taking a year off the approval process.

Then came the prospectus: a brief outline of the bank’s planned location and focus, which helps ensure that the FWS and the investors agree that a bank is feasible before significant investment in the approval process.

“You don’t just go set up a bank and hope they’ll come,” he says. “You have to have a plan: What are you going to do? Why are you doing it? Who would buy credits in a bank? Which species are being developed?”

The prospectus makes sure these critical questions are answered first.

Once the initial viability is determined, it comes down to who will hold the conservation easement, who will be the long-term manager of the property, and the trust fund.

“If I get those three things right, I’m pretty sure I’ll have a successful bank,” explains Dennis. “If I get one of those things wrong, I might be in trouble in 20 years.”

The trust fund is critical. He sees poor habitat all the time on public lands, and it motivates him: “Do not let these lands become wards of the state because we did not get enough money put in the trust fund to manage them in perpetuity.”

A few years ago some investors went in to talk to the Vero Beach office about panther banking. MBR Ventures 1 LLC is two real estate guys and an academic with biological bent.

“It was an intriguing business model,” says James Brayley, who moved from Atlanta to Florida to pursue a portfolio that’s largely focused on conservation banking. “The idea of doing a 10,000-acre panther bank in south Florida was kind of cool.”

MBR learned that the panther field was full, but that FWS thought sand skinks were worth exploring.

“Not a clue” confesses Brayley.

But now he’s an important advocate for the small lizard that spends most of its life swimming through the loose sand of the central Florida highlands.

Their banking plan revolves around the Archbold Biological Station, a research center with more than 5000 acres at the southern end of the Lake Wales Ridge. This biodiversity hot-spot has 43 listed endemic species, one of the highest concentrations in the United States.

MBR saw the perfect opportunity: Archbold had the resources necessary to manage conservation long-term. Archbold also had targeted land for acquisition — small inholdings and parcels at their perimeter.

“If we don’t acquire these, the quality of our existing habitat will go down, and that’s probably as important to us as the incremental acreage addition,” explains Hilary Swain, the station’s director.

Working with the Nature Conservancy, Archbold had financed some acquisition using mitigation opportunities, but it was time-consuming. During the most recent development boom, Swain received regular calls from developers looking for mitigation. She would direct them toward the parcels that interested the station, but “they never seemed to be able to close the deal.” MBR worked diligently, hiring knowledgeable consultants and moving the process forward. Their bank—which sells sand skink and scrub jay credits—was permitted in July.

Swain thinks it’s important for conservationists to understand both the reward and potential risk of banking.

Fish and Wildlife won’t confirm the precise number of banks in its pipeline — especially in light of the economic downturn. But various informed sources put the number between 7 and 15. Most are panther banks.

That’s good, because in the 18 months that the Aldermans have been in business, they’ve sold two thirds of the credits to homeowners, fire stations, churches, the state Department of Transportation (DOT), and Habitat for Humanity.

“Banks are expected to play a role in filling gaps in the current conservation lands network,” states the third revision of the Florida panther recovery plan, released by FWS in December 2008.

Development has been hit particularly hard by the credit crunch, and conservation banks feel it too. But morale in the mitigation banking community is high.

“I think the banks will be good choices just for the economy of it,” says Dennis. “The certainty of the banks is going to be of such great value (to developers) that it’s going to drive and perpetuate the banking program.”

Sheri Lewin, president of the National Mitigation Banking Association and broker for the Scrub Jay Bank is excited for industry growth, but sees room for improvement.

“Part of the reason that wetland banking has been so strong in Florida is that we have very strong frameworks for wetland mitigation impacts and how the whole permitting process is handled,” she says. “We don’t have that same process in place at the state level for endangered species.”

The regulatory scuttlebutt is that FWS doesn’t have the staff to evaluate impacts of an acre or less.

“Basically what that says to the county and to the developers is as long as we keep it under that threshold there won’t be any enforcement. You can lose hundreds and hundreds of acres, an acre at a time.”

She acknowledges that it’s a personal frustration: she’s trying to sell credits that only have value if enforcement is a reality.

“Clearly it’s an industry that lives and dies by regulation. You have to have the regulations and the enforcement for a program to be successful.”

Image courtesy of US Fish and Wildlife Service
Biodiversity Banking: a Primer