US airlines could find themselves obligated to generating lower emissions for domestic flights, even if the US pulls out of the Paris Climate Agreement, under proposals making their way through the US Congress. 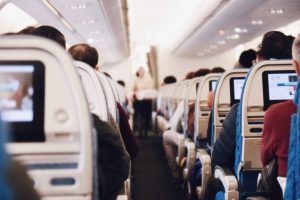 24 March 2020 | US Airlines, aircraft makers, airports and contractors could receive $71 billion in government support in the aftermath of the CIVID-19 pandemic and ensuing shut-down, but unlike the 2008 bailout, this money will come with strings – and some of those proposed strings would require cuts in greenhouse-gas emissions generated by domestic US passenger flights, according to independent sources and media reports.

This is significant, because US airlines would otherwise be off the hook if the United States goes ahead with its withdrawal from the Paris Agreement next year. US President Donald Trump has notified the United Nations Framework Convention on

Specifically, several drafts of the $2.5 trillion COVID-19 stimulus package being developed in the House of Representatives contain provisions for bailing out the airline sector, to the tune of $71 billion, with $37 billion earmarked for the airlines themselves. Under the reported House proposal, the money would only flow if airlines agree to drastically reduce their net greenhouse gas emissions by a predetermined amount in the future. It’s not clear if the provisions have found traction in the Senate.

Ecosystem Marketplace has not been able to confirm the numbers currently being proposed, but Bloomberg News says airlines would have to start offsetting their carbon emissions in 2025 and reduce their overall emissions by 50% by 2050.

The proposal comes just two weeks after  members of the International Civil Aviation Organisation (ICAO), which is the UN body responsible for passenger flights between countries, agreed on criteria for offsets that meet criteria for complying with the Carbon Offsetting and Reduction Scheme for International Aviation (CORSIA).

CORSIA’s offset requirements will apply for 15 years, from 2021 through 2035. However, the program enters full force in phases, by allowing countries to opt in to the first two cycles, beginning with a three-year pilot phase that runs from 2021 through 2023 and a second opt-in cycle between 2024 and 2026.

THIS IS A DEVELOPING STORY AND WILL BE UPDATED AS DETAILS EMERGE.