Last year’s Biodiversity COP once again failed to engage the private sector on any meaningful level, let alone embrace market-based financing mechanisms for addressing habitat loss – largely because the private sector, as the leading destroyer of habitat, is largely seen as the enemy in all this. Failure to engage, however, is not a solution, says Joost Bakker of the Global Nature Fund. 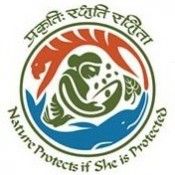 Last year’s Biodiversity COP once again failed to engage the private sector on any meaningful level, let alone embrace market-based financing mechanisms for addressing habitat loss – largely because the private sector, as the leading destroyer of habitat, is largely seen as the enemy in all this. Failure to engage, however, is not a solution, says Joost Bakker of the Global Nature Fund.

3 January 2013 | In late October of last year, roughly 5,000 participants gathered in Hyderabad, India to protect biodiversity during the UN Convention on Biological Diversity’s 11th Conference of the Parties. After the previous conference in Nagoya, Japan, this was to be the “implementation conference”.

It was clear from the start that this would not be easy, because the main issue to be discussed was where the additional money for the protection of biodiversity should come from. To facilitate the discussion, it was calculated how much money is needed for the protection of biodiversity. The numbers only provide a first estimation but still amount to US$ 150 billion and US$ 440 billion per year. Although it is not exactly known what amount is currently spent on biodiversity (less than twenty countries reported on their current biodiversity spending) it is probably much more than is spent at the moment.

Some of the actions to protect biodiversity are relatively cheap but can have large effects, such as subsidies. Many of the markets are geared towards practices that can have a negative effect on biodiversity because of harmful subsidies. Fossil fuels for example, are so heavily subsidised that with it, biodiversity can be protected for one year and at least US$ 117 billion would be left.

In an attempt to make the challenge of financing biodiversity more appealing, the report rightly said that the benefits outweigh spending. To hammer this message into the heads of the negotiators, almost every other day a side-event seemed to focus on The Economy of Ecosystems and Biodiversity (TEEB) series of reports that have have been published periodically since 2009.

Although the headline-grabbing reports wrapped up in 2011, the process is continuing with country specific and biodiversity target specific TEEB analyses. Every one of these side-events showed that part of the problem is the invisibility of biodiversity in accounting systems.

With so much talk about business, it was surprising to see that the most important actor for business decisions was missing: business itself. Only a few companies were present and the majority came from India. Luckily, there were some initiatives that represented the business sector but compared to some of the other large international conferences such as the Rio+20 conference in June 2012, the business involvement was very low.

At the end of the conference, governments agreed to double the biodiversity related aid for developing countries by 2015 to US$ 12 billion and keep that level at least until 2020. At the COP11 in India, it was too early to decide upon the extent of the involvement of the sector. This was left for the COP12 in South-Korea in 2014 where the negotiators have to draft a plan how to bridge the huge funding gap. Any decisions on the subsidies were also postponed until 2014: countries were simply invited to phase out or to reform harmful subsidies and to conduct studies on the amount of these subsidies.

On the one hand, one can conclude positively that the international negotiation process is not dead. On the other hand, it remains to be seen if the international community can mobilise the required funds quickly enough. Any decisions that will be taken will have less than six years to be implemented and to yield results. However, it is certain that a part of the funding gap has to be covered by the private sector. As business is one of the largest destroyers of biodiversity, it is understandable that many of the parties of the CBD are reluctant to engage with business. However, one has to be realistic and admit that since the CBD came into force about 20 years ago, the government induced action did not halt the loss of biodiversity. Partly, this is because of a lack of ambition from the side of some of the negotiating parties, but mostly, this is because business is not included in the process. To enable an effective participation of business to protect biodiversity, the incentives, such as the reduction of harmful subsidies, have to be set right. If business activity is one of the main causes of biodiversity loss, then it should be an integral part of the solution that can only be reached if they are included in the negotiation process. It can therefore only be supported that business and markets are coming into focus to bridge the funding gap to protect biodiversity. Hopefully, this will soon be reflected by biodiversity coming into focus of the business sector.

The views are those of Joost Bakker and not necessarily those of Ecosystem Marketplace, Forest Trends, or its affiliates.