The company you work for has just gone carbon neutral, but how do you – as an individual – know which retail offsets really reduce greenhouse gas emissions? The Federal Trade Commission and a handful of private initiatives are working on answers, and the Ecosystem Marketplace takes stock of their progress. 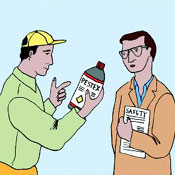 The company you work for has just gone carbon neutral, but how do you – as an individual – know which retail offsets really reduce greenhouse gas emissions? The Federal Trade Commission and a handful of private initiatives are working on answers, and the Ecosystem Marketplace takes stock of their progress.

3 March 2008 | Matthew Kotchen was preparing to speak on a subject he knows all too well when he received an e-mail he’s seen all too often. “Go without guilt,” the e-mail offered. “Go Zero!”

It came just after Kotchen, a University of California environmental economics professor, had booked a 5,020-mile round-trip flight to Washington, DC, where he was to speak at a workshop on regulating the integrity of the voluntary carbon offset market.

The sponsor of that workshop was the Federal Trade Commission (FTC) and Kotchen knew as he read the message that this was just the sort of ad the FTC was preparing to address. The ad may have been valid, but the FTC arranged its workshop because buyers of retail offsets – even informed buyers such as Kotchen – have little way of knowing whether or not the products they purchase actually reduce the emissions of greenhouse gasses, despite all the rigorous methodologies and protocols for developing offset projects, and despite the existence of several registries designed to prevent the same offsets from being sold two or three times.

The workshop Kotchen took part in was the first in a series the FTC is hosting to address the legitimacy of retail carbon offsets under its consumer protection mandate. But this mandate only gives the FTC authority to ensure that advertized claims are true – a difficult enough task under most circumstances, but one that becomes downright impossible when no one can agree on a definition of the product.

“How can you regulate such an amorphous market when people within it don’t know what it is?” asked Hampton Newsome, the attorney who moderated the workshop.

Individuals who decide to go carbon neutral have several tools at their disposal – from purchasing “compliance” offsets and “retiring” them to purchasing “voluntary” offsets.

Compliance offsets have the advantage of being created using government-approved methodologies and protocols – the European Union Emissions Trading Scheme (EU ETS) being the prime example.

The bulk of retail offsets, however, are voluntary offsets that operate in a regulatory gray zone where no governments or regulatory agencies dictate the standards voluntary projects have to follow. The private sector already developed a whopping 21 different standards for voluntary offsets, but retail providers aren’t forced by law to follow any of them – and retail buyers rarely understand the complexities of standards and protocols well enough to know which ones have the respect of the industry and which do not.

As for the FTC, Newsome says that all it can do under its consumer protection mandate is ensure the advertising of offsets is correct.

The result is a largely unregulated $91 million voluntary carbon market, as documented in State of the Voluntary Carbon Markets 2007: Picking Up Steam (pdf), a 2007 Ecosystem Marketplace study.

Where, then, will the white knight come from to put muscle in this market and ensure its validity?

Most market watchers say that only a regulated US market similar to EU ETS can completely legitimize the voluntary market. This is in part because a cap on the entire power sector forces companies to actually replace dirty generation with clean generation and reduce overall emissions if they are to claim offsets, while the lack of such a cap makes it possible to expand the energy grid in a clean way and still claim offsets, even though such an expansion might increase emissions overall.

Until that happens, however, improved FTC monitoring of deceptive advertisements could be valuable during the transition towards a regulated U.S. market, said fellow workshop speaker Wiley Barbour, director of Environmental Resources Trust in Washington, DC, a company that evaluates the worth of potential carbon offsets.

“But we have to keep our eye on the prize,” he says. “How do we design this market right now so that the transition is smooth (while) on the brink of a completely different approach to emissions?”

The San Francisco-based non-profit Center for Resource Solutions (CRS) has launched a retail certification process called Green-e Climate that puts its seal of approval on projects developed in accordance with a limited number of standards.

Green-e Climate launched on February 26. It is the second time CRS launched a Green-e certification program. The first, which applies to renewable energy projects, has been up and running for a decade.

Green-e Climate also recognizes offsets from renewable energy projects that meet Green-e’s own standards and have not already been covered with Renewable Energy Certificates (RECs).

The standards that Green-e endorses were agreed on over two years of consultation with stakeholders, a company spokesperson said.

Hyman makes it clear that Green-e doesn’t compete with existing standards. Instead, it acts as an “umbrella” for those it encompasses. “There are lots of standards that feed Green-e,” she says, “and it gives them clarity.”

The cornerstone of the new effort is a label that will tell consumers what type of project methodologies and protocols the offset was developed under, as well which standard it follows and where the offsets are registered.

“We’re not interested in developing project protocols for all the different projects out there,” adds CRS’s Lars Kvale. “We are looking to endorse existing project-level protocols and standards that are legitimate, transparent, and that have stakeholder involvement.”

Retailers looking to get the certification – and the label that comes with it – have to pay a $6,000 administration fee and agree to be audited by a Certified Public Accountant (CPA). They also agree to place all documents relating to all projects they offer on the Green-e web site and to give CRS the right to file a lawsuit if the information proves to be misleading.

Then there’s Austin-based EnviroMedia, a self-proclaimed “green” advertising company that introduced Greenwashingindex.com at the end of January to coincide with the FTC hearings. This site lets consumers rate and receive report cards on green marketing campaigns.

“If I were a betting person,” said the company’s founder, Valerie Davis “I’d say that most consumers do not know what offsets mean.” The site’s goal, she continued, is to empower consumers to differentiate between quality and false claims of carbon neutrality and other green ads.

In addition to these private initiatives, several government efforts have been undertaken to shed light on the issue. The FTC, for example, held the workshop Kotchen attended to examine whether its “Green Guides”, launched in 1998 to evaluate the legitimacy of environmental claims, should be updated in light of the new market for voluntary carbon trading.

Kvale welcomes that initiative – and says he would like to incorporate the FTC’s guidelines into Green-e’s. “That’s what we did with the power market,” he says. “The FTC had finalized its guidance on green claims in 2002, and the national association of attorneys general issued guidance on renewable energy claims around then, too. The guidance they came out with became our code of conduct for renewable energy, and we see the same role for the FTC in carbon.”

The Future of US Regulation

Ultimately, however, the consensus for improving the retail market is to implement a mandatory cap-and-trade carbon market for the US which could then serve as a prototype for its voluntary-market competitor. Such a market would likely be modeled after its European counterpart with clearly-defined offsets as well as stringent rules for verification and validation.

This appears imminent. Senators Joseph Lieberman (I-CT) and John Warner (R-VA) sponsored a joint bill that seeks a 50% reduction in US greenhouse gas emissions by 2050 through a cap-and-trade system. The bill is steadily winning Congressional support, and all major US presidential contenders have endorsed the concept.

“We’re at an historic point in time,” says Barbour. “(The US) is on the brink of addressing this in a mandatory way…This has to be a key consideration for everyone in this room… because it will change the way you think (about the voluntary market.)”

The Cost of Compliance

Kotchen reports that voluntary offsets with third-party certification cost, on average, 50% more to implement than do non-certified offsets; but one man’s cost is another man’s premium.

Tom Boucher, CEO of Vermont-based renewable offset marketer Native Energy, says that as buyers come to understand the markets, they are willing to pay more for validated voluntary offsets. He predicts that a mandatory market will contribute to a “more premium voluntary market for those who want to achieve reductions faster.” His customers, he says, already count on his company to verify its claims.

And his customers aren’t the kind likely to be subject to mandatory regulations. Instead of energy companies and entities in other sectors most likely to face mandatory caps, he takes on companies already of a green bent looking to promote an eco-friendly approach and image, such as the ice cream company Ben and Jerry’s. Moreover, most of his customers seek to offset their carbon footprints completely, he says, and would not be satisfied with the three to five percent reductions imposed under current mandatory cap-and-trade programs.

As for Kotchen, he flew back to his teaching job at UCLA. But he has still not decided whether to answer the ad that promised to offset his cross country flight. “It’s not easy to figure out whether an offset is valid,” he said. Clear standards, information and certification are the keys, he said, to determine whether his money would be well spent. They are also the keys to a smooth transition towards coexisting with a mandatory compliance market.