Indoor air pollution kills more than 4 million people per year, and clean-burning cookstoves are one solution. Donors now rank stoves based on effectiveness – but a key criteria may be missing. 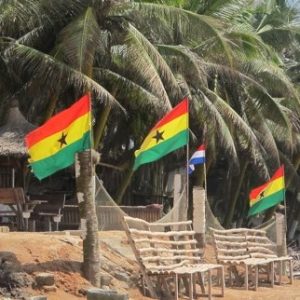 9 January 2018 | ACCRA | Ghana | Smoke imbues this West African metropolis – whether from open fires around the city’s busy Kwame Nkrumah traffic circle, or from trucks and busses that clog its streets. You see it and smell it even as you drive away from the city center, as roadside stalls give way to farm plots and low-lying houses and trees begin to appear in greater numbers.

But these trees are often chopped and cooked into charcoal to feed indoor fires that kill 13,000 people here every year, most of them women and children, according to the Global Alliance for Clean Cookstoves.

Worldwide, the Alliance says, smoke from indoor cooking kills 4 million people annually, and the harvesting of wood is killing trees: Ghana has one of the highest reported deforestation rates in Africa at around 2 percent per year, according to the Food and Agriculture Organization.

Clean cookstoves often work by burning wood more efficiently, which lowers the amount of lung-killing smoke and reduces the need for trees to be chopped, but you can also save trees by using alternative sources of fuel, like corn husks and other agricultural residue.

The small processing plant is owned by Adam and Adwoa Yakubu, a husband and wife team who employ 60 women to make palm kernel oil – a process that leaves piles of empty husks, which SNV realized could provide free fuel for all of the workers if they had the right stoves.

Different fuels work with different stoves, so SNV tested several makes and models to see which worked best with palm husks. In 2015, they found one that both worked with the new fuel and met their quality criteria. They teamed up with its manufacturer, Dutch health and energy group Philips, and approached the couple.

SNV was able to cover 60 percent of the cost, and the Yakubus bought a stove for themselves – enabling them to save more than a $1 per day on charcoal and reduce their indoor pollution.

Some workers bought them, too; but when one of those workers demonstrated her stove, she first overfilled it and then used a carcinogenic plastic bag to start the fire. The observers gasped.

“Does she know that’s bad for her health?” asked several of them.

Eric Naivasha, a Kenyan economist who was helping Philips finance distribution of its cookstoves, said the company does train new users, but the incident reminds us that there’s more to clean cookstoves than the machines themselves.

Donors like SNV have put a lot of effort into evaluating clean cookstoves, and with good reason: not all are created equal. Some emit less harmful smoke, in part by burning cleaner fuel, while some burn dirtier fuel more efficiently, and some do both.

In 2012, the Global Alliance for Clean Cookstoves brought 90 participants together to develop guidelines that rank stoves along a tiered system, with Tier 0 being the least effective and Tier 4 being the most effective. In something like a Consumer Reports of clean stoves, it created scores for efficiency and fuel use, total emissions, indoor emissions, and safety – but not simplicity or user awareness.

As more and more donors contemplate the use of rankings in their purchase decisions, several experts point out that even lower-ranked stoves are an improvement on the status quo – and argue for rapid distribution now, with better and more complex stoves coming later.

Carsten Hallpap of the German development bank GIZ pointed out that all stoves have to be replaced after a few years, and that distributing more cheap stoves now will save more lives than distributing a smaller number of high-end ones. He also points out that rankings are very context-specific.

“There are several other aspects why we think that IWA tier 3 or 4 stoves will not be the solution for all and may even create wrong expectations,” he said by e-mail. “For example, if a ‘tier 3 stove’ is used with the ‘wrong’ fuel (other than what have been used in the lab tests) you may get the same amount of smoke compared to the traditional stove.”

Over the years, SNV has invested in research to learn which cooking solutions are the healthiest, most economical, user-, and eco-friendly. Philips produces some of the cleanest products currently available on the market. To increase access to these products, SNV and Philips are now joining forces. They will collaborate in further research and promotion of clean cooking solutions.

He says that stoves are just one component of a cooking system – the use of the stoves is just as important.