No one expects a major breakthrough at global climate talks in Cancun, but talks on how to reduce greenhouse gas emissions from farming and forestry are progressing rapidly. The decrease in deforesation in recent years, as one climate and forest expert put it, is “really one of the few bright spots in an otherwise gloomy picture, as far as global warming is concerned.”  Experts shared their opinions on what to expect on REDD from Cancun. 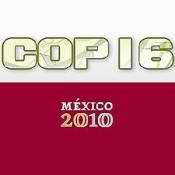 1 December 2010 |When talking about deforestation in recent months, much of the attention has been on the progress made outside of the main UNFCCC negotiations.   However, REDD is never off the table at a COP event.

This morning, experts in the field of forests and climate policy discussed their expectations about policies that reduce greenhouse gas emissions from deforestation and forest degradation (REDD) at climate talks in Cancun, which run through December 10.   At 8pm Cancun time (GMT -6), the REDD+ Partnership will post the latest draft of its work plan for 2011 and 2012, and many participants expressed optimism in movement on REDD and other land-use policies.

Jake Schmidt believes that the essence of agreement formed in Copenhagen can be transformed into a concrete outcome in Cancun.

“The work in Cancun over the next two weeks is going to focus on how to bring that agreement about in a systematic way and in a way that can be adopted by all countries,” says Schmidt, the International Climate Policy Director for NRDC.

He believes that any agreement must provide clear guidance about how countries involve indigenous communities and address biodiversity.   In addition, the mechanism must simultaneously deal with other issues, ensuring that safeguards are in place so that forests are not threatened.   Finally, agreements must deal with the drivers deforestation emissions, such as the demand for commodities from countries in the North.

“We definitely can get an agreement on the safeguards and I think we can definitely get continued movement from countries to mobilize money and to mobilize action on the ground,” he says.

But a market mechanism, which is mentioned in the draft negotiating text presented by chair of the negotiating committee, may not be as easily agreed to.   The mention, however, will bring forth a serious discussion next year about the “creation of market mechanisms within the deforestation sphere to allow countries to provide financial incentives to tropical countries to not cut down their rainforests in exchange for offsets in the developed world,” says Schmidt.

There has been some historic opposition to the creation of such mechanisms, and any forward movement in the next two weeks will depend on certain countries willingness to negotiate.

The discussion of an international REDD mechanism, according to Doug Boucher, the Director of Tropical Forest and Climate Initiative, illustrates a larger issue regarding ecosystem markets. “This is not just a REDD issue, this is really a broader question of negotiations as to whether developing countries offsets will be used as part of the compliance obligation of any one country,” says Boucher.

In the past, Brazil has been one of the countries opposed to an international market mechanism.   But Daniel Nepstad, the International Director of the Amazon Environmental Research Institute (IPAM), says that position may be softening.

Last December, Brazil made an ambitious target of reducing their emissions 36 to 39% by the year 2020 — a short period of time that will require a large sum of money.   “The size of the investment to do low-emissions development is going to have to have private investors coming in and the scale of funding that you can really only get with a market mechanism,” says Nepstad.

A national law currently under development would design how the reduced emission goals would be achieved, says to Nepstad.   There has even been discussion of a national cap-and-trade system.   However, it is the states of Brazil that are making the largest gains.

“In Brazil, it’s the states who are really designing the architecture, the programs, the policies and the enforcement that is allowing much of this reduction in deforestation to be achieved,” says Nepstad.

Recently, one of its states, Acre, signed an historic agreement with California through the Governor’s Climate Task Force.   California businesses will now be able to achieve a portion of their emissions through investing in projects in Acre.   “It is the first truly compliance grade REDD regime that we see in the near horizon and we hope that this state-level program and collaboration can really inform the broader UN level negotiations and perhaps even give the United States a little encouragement to move forward as well,” says Nepstad.

This national opposition could derail the deal signed between Acre and California, if a new piece of legislation passes that would inhibit the flow of credits between states until a national framework is in place, according to Nepstad.   But, he says that Brazilian states are ready to become involved in a market: “This is going to be a battlefield that is going to intensify greatly as states realize that its taking too long for the international framework or the national policies to come into place.”

Nepstad believes that the strides state programs are making are getting the attention of the federal government and big industrialists.   He says that they will realize the substantial emission reductions that can be achieved with an internal mechanism.

Currently, beyond Brazil, Indonesia, a major emitter of CO2, has received a good deal of attention for their efforts surrounding deforestation rates.   They have received financial support from Norway and, according to Nepstad, their leader recognizes the necessity of engaging the provinces in any effort moving forward.   5 Indonesian provinces are already members of the Governor’s Task Force.

While these national and subnational projects are producing a good amount of carbon emission reductions, Schmidt thinks that the more important aspect is the continued implementation of policies.   “I think we have to think about these…more in the terms of policies and the institutions these countries are putting in place because what we’re building is the framework for them to go even deeper.”