Billions have been pledged to fund schemes that slow climate change by saving trees and reducing greenhouse gas emissions from deforestation and forest degradation (REDD), but the private sector won’t come on board in a big way unless forest carbon starts to behave more like established commodity forward markets, argues a new discussion paper unveiled in Cancun. 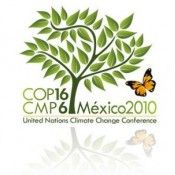 Billions have been pledged to fund schemes that slow climate change by saving trees and reducing greenhouse gas emissions from deforestation and forest degradation (REDD), but the private sector won’t come on board in a big way unless forest carbon starts to behave more like established commodity forward markets, argues a new discussion paper unveiled in Cancun.

21 December 2010 | In November, 2010, nearly 270 institutional investors and asset managers endorsed the Global Investor Statement on Climate Change.   Combined, they are responsible for roughly $15 trillion in assets, and they said, in a nutshell, that climate change threatens the global economy, and the best way to deal with that threat is to shift to a low-carbon economy.   They added, however, that that such a shift could only be achieved if the private sector is on board, and that smart companies can turn threat into opportunity – and that won’t happen unless the public sector takes the lead in creating a framework within which a local-carbon economy can evolve.

“Investors have a fiduciary responsibility that requires them to seek optimal risk-adjusted returns on their investments,” they said. “At present, in the absence of strong and stable policy frameworks, many low-carbon investment opportunities do not currently pass this test.”

Even if those frameworks come into existence, schemes seeking to slow climate change by harvesting the carbon markets to save trees and reduce greenhouse gas emissions from deforestation and forest degradation (REDD) are risky propositions.   After all, they ask people to invest up front for the delivery of a unproduced product at a specific time and place in the future, and hundreds of things can go wrong between the time the contract is made and the time the product is delivered.

That makes them a lot like commodity forward contracts, which were pioneered by the Chicago Board of Trade in the 1800s and revolutionized agriculture by giving farmers, grain elevator operators, and anyone else who depends on food a way to compartmentalize and hedge their risk.

A discussion paper launched at this month’s climate talks in Cancun argues that carbon offsets don’t just resemble forward contracts – they are forward contracts.   It’s an observation that many have made before, but Global Forest Carbon Financial Risk Management Best Practices, which grew out of a November workshop hosted jointly by the law firms of McGuireWoods LLC and Butzel Long LLC, together with consulting group Forest Carbon Offsets LLC, offers detailed suggestions for dealing with every aspect of forest carbon risk.

A summary of the paper is available here.

Climate Change and Forestry: a REDD Primer
Download a Summary of the Discussion Paper