The developing and developed countries came together to develop the Durban Platform, an agreement to establish mandatory emissions caps.  But what happens until then?  Here is a "just-the-facts" look at the COP17 decisions that spell out interim activities and will inform the eventual treaty. 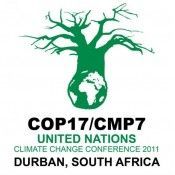 The developing and developed countries came together to develop the Durban Platform, an agreement to establish mandatory emissions caps.   But what happens until then?   Here is a “just-the-facts” look at the COP17 decisions that spell out interim activities and will inform the eventual treaty.

13 December 2011 | With the Durban talks coming to a close over the weekend, it is now time to digest the decisions, looking at what was accomplished and what still needs to be determined.

One of the central outcomes of COP17 in Durban was the Durban Platform. Instead of a detailed agreement, the Durban Platform is a two-page document establishing a timeline and process for instituting a treaty for mandatory caps on emissions for developing and developed countries.

In addition to this platform, there were also more substantive texts and agreements coming out of Durban.   These decisions will inform the expected treaty as well as outline or initiate activities that will take place until a global agreement is formally adopted.   Below is a look at key aspects from these texts and decisions.