Water quality trading (WQT) schemes have helped reduce pollution in rivers and lakes by paying farmers to adopt sustainable land-use practices, but no such schemes exist in oceans.  Ecosystem Marketplace examines the potential for expanding freshwater WQT schemes to the ocean – and the challenges such expansion would face. 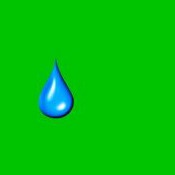 Water quality trading (WQT) schemes have helped reduce pollution in rivers and lakes by paying farmers to adopt sustainable land-use practices, but no such schemes exist in oceans.   Ecosystem Marketplace examines the potential for expanding freshwater WQT schemes to the ocean – and the challenges such expansion would face.

5 February 2009 | Not everyone believed Al Appleton back in the 1980s, when he started pushing for the city of New York to pay farmers in the surrounding Catskill Mountains to adopt better land-use practices.   Doing so, he argued, could save the city billions in filtration costs – a projection since borne out by the success of the Catskill Watershed Corporation, which has slashed the city’s water budget and become a model for water-quality trading (WQT) schemes around the world.

WQT schemes aim to slash the amount of pollution running into streams and lakes by enticing small farmers and other emitters into voluntarily reducing their discharges in exchange for payments from larger, regulated emitters.   Advocates believe such schemes can generate deeper, cheaper cuts than can standard regulation, and scores of projects are up and running around the world.

With the degeneration of coral reefs, mangroves, and other ocean-based ecosystems upon which our land-based economies rely, more and more people are asking whether the WQT model can be expanded beyond watershed-bound streams and lakes to include coastal ocean (where runoff from land spills directly into the sea) and deltas (where rivers and streams dump their cumulative runoff into the ocean).

Appleton believes the WQT model can lay the foundation for more ocean-specific payment for ecosystem services (PES) schemes, but warns that oceans carry obvious challenges that lakes and rivers don’t.

Chief among them is size: after all, a cornerstone of most WQT schemes is the establishment of a total maximum daily load (TMDL) or some similar science-based cap on the amount of discharge a certain body of water can absorb.   Such caps have proven difficult to establish in rivers and larger lakes – and that difficulty grows exponentially in the deep and boundaryless ocean.

Douglas L. “Dusty” Hall concedes the challenge for marine areas, but also believes WQT schemes that focus on reducing specific pollutant levels – especially those associated with agricultural runoff like nitrogen or phosphorous – can be extended gingerly into the sea.   That, he believes, will create an infrastructure onto which schemes for reducing other pollutants can be grafted.

As manager of program development at the Miami Conservancy District in the US state of Ohio, Hall ranks alongside Appleton as a true WQT pioneer. Both schemes have helped raise funds for upstream mitigation from money saved from deferred investments in water filtration plants. New York’s savings paid Catskill farmers and local residents to change some of their land-management practices, and New York City subsequently saved about $4 billion on new filtration installations, while nutrient discharge from the Great Miami River watershed (GMRW) was cut by 650,000 pounds in its first three years of the Great Miami WQT program.

Impact on the Ocean

Indeed, recent scientific testing by the US Geological Survey (USGS) suggests reduced emissions into watershed streams were likely a significant factor in the Gulf’s shrunken “dead zones”, which had threatened to wipe out shrimp fishing in the Gulf of Mexico. The USGS in mid-2009 noted that the spring delivery of nitrogen from the Mississippi and Atchafalaya Rivers to the Gulf of Mexico that year was 23% lower than the figure for 2008.

Results like that have inland water-quality schemes like Great Miami River looking to the coast for growth. For example, Hall believes that Gulf-coast industries like oil that are currently looking to reduce their emissions along coastlines will begin looking to offset those emissions by joining inland water-quality schemes. Industry offset credits would, for example, fund new projects on the Great Miami River watershed aimed at reducing dangerous discharges levels of nutrients like nitrogen and phosphate from agricultural sources.

Those nutrients, flowing downstream and concentrating, deposit where the Mississippi emptied into the Gulf of Mexico, caused the hypoxic conditions that helped create the dead zone.

“It doesn’t get any simpler,” he says. “We’ve got all the market mechanisms in place – we can sell, we can buy, and we have a program with checks and balances.   Our program is designed to work in a marine environment.”

But getting all coastal and estaurine industries involved in pollution-credit schemes is a big challenge when so much marine pollution is almost impossible to trace. Hall accepts that this inability to account accurately for marine-pollution’s source could hamper water-quality market development, but believes this can be overcome by encouraging as many coastal stakeholders as possible to join credit schemes for inland watersheds and waterways, likely the source of at least some of the coasts’s nutrient pollution.

“Short of address labels on individual molecules, there’s no way [of telling where the contaminants come from],” Hall says. “We just know that reducing non-point-source agricultural emissions in watersheds improves water quality downstream.”

Rob Luke has been covering markets and environmental issues for 15 years in Europe, Asia, Australia, and North America.   He lives and works in Edwardsville, Illinois, and can be reached at rob.luke@sbcglobal.net.

Ecosystem Services in the New York City Watershed
Water Trading: the Basics
Nutrient Trading and Dead Zones – Can they wake each other up?
A Conversation With Dusty Hall

Part Six, Marine Biodiversity, examines existing that provide an economic incentive to preserve natural habitat for endangered species on land, and provides a guide for adapting these schemes to the ocean.