After overseeing the creation of a wetlands restoration methodology for the Mississippi Delta, the American Carbon Registry and partners are developing a new carbon offset protocol to quantify greenhouse gas emissions reductions from the restoration of California deltaic and coastal wetlands and turn those into credits for both the voluntary and the state compliance markets. 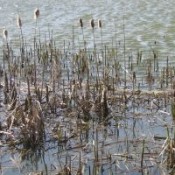 After overseeing the creation of a wetlands restoration methodology for the Mississippi Delta, the American Carbon Registry and partners are developing a new carbon offset protocol to quantify greenhouse gas emissions reductions from the restoration of California deltaic and coastal wetlands and turn those into credits for both the voluntary and the state compliance markets.

12 December 2013 | Carbon finance could soon play a critical role in the restoration of California’s wetlands, with a coalition of stakeholders developing a methodology that would allow wetlands restoration projects in the state to generate credits for both the voluntary carbon market and California’s cap-and-trade program.

The new methodology would scientifically quantify greenhouse gas (GHG) emissions reductions from the restoration of California deltaic and coastal wetlands. A number of organizations are involved in the effort, including the American Carbon Registry (ACR) and Tierra Resources, which developed a similar methodology to quantify GHG emissions reductions from restoring deltaic wetlands in the Mississippi Delta. The new methodology will integrate California data and restoration techniques.

The ACR approval process for the methodology is expected to be completed in December 2014. Once approved, the methodology will facilitate the sale of carbon offsets to corporations to meet their voluntary emissions reduction goals.

In addition, the offsets could be made available for the California compliance market if the Air Resources Board (ARB) deems them eligible. Currently, the ARB has only approved four offset protocols – ozone-depleting substances, livestock, forestry and urban forestry – while rice cultivation and coal mine methane protocols are under debate.

“I do think this could be a possibility in the medium term,” said Belinda Morris, ACR’s California Director. “ARB is interested to learn about the new methodology. However, they are not giving strong indications of the likelihood that they will adopt any new protocols until they officially decide to move forward with the development of a protocol.”

Stakeholders see abundant opportunities to restore wetlands in the Sacramento-San Joaquin Delta, Suisun Marsh, and California coastal areas. In the San Francisco Bay Area, more than 95% of   crucial habitat has disappeared since the 1800s, according to the US Geological Survey. More than 2.5 billion cubic meters of organic soils have disappeared since delta islands were first diked and drained for agriculture in the late 1800s, resulting in land subsidence up to 25 feet below sea level. Drained and cultivated organic soils continue to oxidize, subside and emit an estimated 1.5 to 2 million metric tons of carbon dioxide equivalent annually.

While state and federal initiatives have raised more than $100 million for wetland restoration over the past decade, funding remains insufficient to meet restoration goals of up to 100,000 acres of marsh, according to stakeholders who see potential for carbon market revenues to fill the funding gap and provide landowners with new incentives.

“Having an approved methodology will allow for trading carbon credits, giving Delta growers opportunities to put low-productivity wet areas back into economic production, while simultaneously starting to reverse the subsidence that threatens their long-term viability,” said Campbell Ingram, Executive Officer of the Sacramento-San Joaquin Delta Conservancy, one of the partners in the effort.

The Sacramento Municipal Utility District, the California Coastal Conservancy, the Metropolitan Water District and the California Department of Water Resources combined to finance development of the methodology. Other partners include The Nature Conservancy and HydroFocus.

Gloria Gonzalez is the Senior Associate in Ecosystem Marketplace’s Carbon Program. She can be reaches at [email protected]