The UN CBD bi-annual summit in India this month isn’t receiving anywhere near the media attention climate change conferences receive, which is unfortunate because the meeting is centered on adaptation strategies to a warmer planet.  And several of the meeting’s topics, like REDD+ and environmental finance, are directly related to climate change. 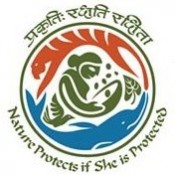 The UN CBD bi-annual summit in India this month isn’t receiving anywhere near the media attention climate change conferences receive, which is unfortunate because the meeting is centered on adaptation strategies to a warmer planet.   And several of the meeting’s topics, like REDD+ and environmental finance, are directly related to climate change.

This article originally appeared on the Responding to Climate Change website. Click here to read the original, and please reference the original when tweeting or sharing.


17 October 2012| Hyderabad, India|   COP 11 in Hyderabad is probably the biggest climate adaptation conference you have never heard of. Representatives from 192+ countries have travelled to India, drawing a crowd of 14,000 delegates to the UN Convention on Biological Diversity’s (CBD) bi-annual summit.

But aside from a solitary New York Times journalist who arrived on Monday, media coverage outside India is fairly low-key. This is a pity, as the subjects up for discussion are fascinating, and directly relevant to the climate debate.

In the past week geo-engineering, biofuels, REDD+, coastal protection strategies and increased environmental finance commitments have all been on the agenda.

For delegates here it is simple. The future of the oceans, forests and endangered species all depend on how high global temperatures will rise.

At this morning’s press conference CBD communications officer David Ainsworth told me climate science informs and influences this process, although he stressed the CBD has no mandate to directly address carbon emissions.

That’s a matter for the UN climate talks in Doha later this year, but what I am hearing in Hyderabad is the world planning for a world 2 °C+ above pre-industrial levels.

There is little of the forced optimism I have witnessed in the climate arena, where a culture of diplomatic omerta obliges delegates to talk of a 1.5 °C target. That’s not to say this isn’t worth aiming for or achievable, but few people I have spoken to believe it is realistic.

Instead, in the autumnal Indian heat, there is a brutal realism that what we call the environment is slowly disintegrating, and that global warming will speed up that process.

These are 20 goals agreed in Nagoya two years ago, ranging from increasing biodiversity awareness to preventing extinctions. By my calculations 16 are directly related to climate change.

For example, a heavy emphasis is placed on cultivating mangrove forests and maintaining sand stocks on beaches to provide cost-effective flood defences.

Agroforestry (where farmers plant specific trees in and around their crops) is the new buzzword when it comes to building a climate resilient food supply chain.

The genetic identities of rice and other plant species that grow in dry and extremely wet conditions are being safeguarded. Talks on how these varieties could be shared are reportedly going well.

A renewed focus on the plight of the great apes in Africa, Borneo and Indonesia could also ensure forests in these regions are protected, ensuring huge carbon sinks are not lost.

And perhaps most significantly, renewed pressure to incorporate biodiversity values into national accounting and reporting systems by 2020 will provide states a better understanding of how they can cope with increased incidences of extreme weather.

No one talks about climate change. They don’t need to. It’s not the elephant in the room. It is the room.

This raises questions about the UN’s environmental strategy. Many participants have gently expressed their frustration that a summit with similar ambitions will convene in Doha later this year.

The UN climate talks do of course have a different personality and agenda of their own, with a clear focus on urgently cutting the rate of greenhouse gas emissions.

But I am hearing there may come a time in the not too distant future when the three Rio Conventions, all founded in 1992, merge into a larger environmental body.

For one, the pressures conferences of this size put on developing nations are immense. Uganda has three delegates covering the talks here, as opposed to an EU mission ten times that number. The USA is not even a party to the CBD, yet has a group of 20+ experts observing the talks.

And while the US and EU have different teams working on the biodiversity and climate negotiations, poorer nations do not.

Ibrahim Thiaw, Director of the Division of Environmental Policy Implementation at UNEP outlined this dilemma at a meeting on Saturday, saying duplication was an “intergovernmental issue that needs to be discussed”.

“60% of the same people will meet in Doha in just over a month to talk about climate change,” he said. “It is very difficult to take that back home for the ministers when they have 4-5 reports dealing with the same issue but coming from different angles.”

Perhaps that can wait. What seems apparent from a week at CBD COP11 is that adaptation planning for climate change cannot.