Western science has achieved great things, but it often misses the obvious – at least from the perspective of indigenous peoples who have lived with that obvious for generations.  The same blind spot applies to indigenous peoples – a blind spot that can have devastating implications for the development of forest carbon projects if not addressed. 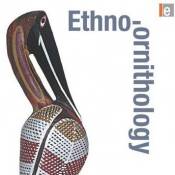 Western science has achieved great things, but it often misses the obvious – at least from the perspective of indigenous peoples who have lived with that obvious for generations.   The same blind spot applies to indigenous peoples – a blind spot that can have devastating implications for the development of forest carbon projects if not addressed.

15 March 2011 | In the mid 1990s, research scientists from Environment Canada encountered a puzzling phenomenon.   The Common Eider (Somateria mollissima sedentary), a non-migratory bird native from Hudson Bay, Nunavut, Canada, near the Inuit community of Sanikiluaq were dying off in droves, and none of the scientists could figure out why.

The local Inuit, however, had been hunting and harvesting the Common Eider for generations.   They knew the bird’s habits, its quirks, and its needs – and they knew that the birds were dying because they’d lost their access to open water.   Only when this information was shared with western scientists could appropriate action take place.

This enlightening case study from Ethno-Ornithology: Birds, Indigenous Peoples, Culture and Society is, unfortunately, the exception that proves the rule.

Conservation dialogues between indigenous communities and western scientists are not only hampered by the lack of effective communication between scientists and indigenous peoples, they are also hampered because most scientific information is not available in local languages.

If we wanted to engage in avian conservation in Honduras, for example, we’d soon find that all the guidebooks are in English, which means we would be challenged to discuss basic conservation information – much less conservation finance outcomes – with the local communities, because there would be no foundational material in Spanish. This is further compounded by the inability of forest carbon project developers to discuss biodiversity in contexts that are well-understood by locals working on the projects, regardless of whether the locals also speak English, as is required by the Verified Carbon Standard and the Climate, Community, Biodiversity Standard.

Furthermore, if indigenous communities are going to benefit from carbon payments for saving endangered rainforest and reducing greenhouse gas emissions from deforestation and forest degradation (REDD), they need to base their decisions on both traditional and western scientific knowledge that can be effectively communicated. Integrating traditional knowledge with scientific knowledge can improve and clarify land-tenure rights for indigenous communities by bringing clarity to hunting, harvesting, and co-management of biodiversity resources on their traditional community forestry lands. As shown in the Maya Atlas: The Struggle to Preserve Maya Land in Southern Belize, 42 local communities in southern Belize used rural participatory mapping techniques to demonstrate how they traditionally used their local environment including their diverse relationships with location specific ecology and biodiversity.

Ethno-Ornithology: Birds, Indigenous Peoples, Culture and Society is replete with case studies like this.   In another Inuit example, an unknown population of the Harlequin Duck (Histrionicus histrionics) was only discovered on Baffin Island in the Arctic after not being observed in this location since the 1930s when scientists and Inuit communicated with each other because shared of interests in conservation and biodiversity.

How Can Locals Help?

Local participation is critical for knowledge transfer and effective conservation management dialogue.   The implementation of remote camera wildlife surveys, for example, can help standardize the ways that biodiversity health is measured under the Climate, Community, and Biodiversity Standard (CCB). These low-cost surveys are easily demonstrated visually to local community members, which means that applying these survey techniques does not require all team members on the survey team to be western trained biologists allowing for the opportunity for local traditional knowledge and western scientific knowledge to interact effectively.

Western public values often set the conservation agenda, which in turn impacts conservation finance and indigenous peoples. Yet, if we do not clarify the relationship between traditional knowledge and biodiversity, we will struggle to enact successful forest carbon projects at the local level on community forest lands because both local communities will be unable to communicate with western reductionist scientists, and neither will be able to bridge the gap and act as stewards of local lands.

Traditional knowledge owners must become co-creators, co-designers, and co-managers of community forest lands through integrating traditional and western scientific knowledge with scientists if we hope to mitigate climate change.