French carbon dealer ecosur has registered a waste-to-energy carbon-offset project in Cote d'Ivoire under the Kyoto Protocol's Clean Development Mechanism. It's the first CDM project in the West African Economic and Monetary Union (UEMOA), and one of the few in sub-Saharan Africa outside of South Africa. 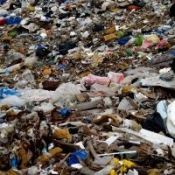 27 July 2009 | French carbon dealer ecosur today received approval under the Kyoto Protocol’s Clean Development Mechanism for a waste-to-energy carbon offset project in Cí´te d’Ivoire that it had submitted to the United Nations Framework Convention on Climate Change (UNFCCC) on July 9. A subsidiary of US agro-industrial giant Cargill has already signed forward agreements to purchase Certified Emission Reduction certificates (CERs) from the Abidjan Municipal Waste-to-Energy Project, which is the first CDM project located in a member state of the West African Economic and Monetary Union (UEMOA), and one of the few in sub-Saharan Africa outside of South Africa. Two projects have been registered in Nigeria, which is part of the Economic Community of West African States (ECOWAS), and scores have been registered in South Africa, as well as in Egypt and other north African states, but the continent still accounts for less than 2% of all CDM projects worldwide (See “Voluntary Solutions for Climate Change”, right). Fabrice Le Saché, an ecosur managing partner, says his company is in the process of registering projects in Senegal, Guinea, Mali, Cameroon and elsewhere. “The Abidjan CDM project is new evidence of West Africa’s commitment to sustainable development,” says Thierno Bocar Tall, head of the African Biofuel and Renewable Energy Fund (ABREF), which arranged funding for the project. “Since 2006, ABREF has been at the forefront of this effort. We will continue and accelerate our investment in CDM projects together with ecosur.”

The Project and its Reductions

The Abidjan Municipal Waste-to-Energy Project is located in Bingerville, North of Abidjan, and is expected to reduce greenhouse gas emissions by the equivalent of more than 71,000 tons of CO2 per year. Project owner Soci Ivoirienne de Traitement des Déchets (SITRADE) will collect and treat 200,000 tons of urban waste per year using anaerobic digesters, and the resulting biogas will be used to produce electricity, while residual waste will be transformed into compost. Italian manufacturer Promeco is the technology provider, and ABREF arranged funding, with the Economic Community of West African States Bank for Investment and Development (EBID) acting as the major sponsor and the government of Ivorian President Laurent Gbagbo offering support as well. “We are implementing a comprehensive strategy to tackle climate change, and CDM is only a part of the solution,” said presidential advisors Cédric Lombardo and Bernard Houdin in a written statement. “A new tax-free zone dedicated to clean technologies is under establishment close to Abidjan in Grand Bassam, to support CDM development, environmental research, climate change mitigation and adaptation.”

Steve Zwick is Managing Editor of Ecosystem Marketplace. He can be reached at szwick@ecosystemmarketplace.com. Please see our Reprint Guidelines for details on republishing our articles.