Washington state’s governor proposed a new cap-and-trade program that will look remarkably familiar to those involved in California’s program and could pave the way for further collaboration between the Evergreen and Golden states. 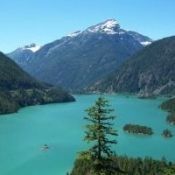 22 December 2014 | Washington state will jump back on board the cap-and-trade bandwagon, if Governor Jay Inslee gets his way. As a member of the US Congress, Inslee was one of the major backers of a comprehensive climate bill that barely passed the House of Representatives in 2009 and his desire to put a price on carbon in his state was no secret. In April 2014, he signed an executive order to address carbon pollution and take action on clean energy, and it was widely expected that the taskforce established by the order would recommend some type of carbon pricing program. That expectation became reality on Wednesday when Inslee released a proposal for a cap-and-trade program. The Evergreen State’s proposed program would cover an estimated 130 facilities and fuel distributors operating in the state that emit more than 25,000 metric tons of greenhouse gas (GHG) emissions per year. The transportation sector is by far the largest contributor to the state’s GHG emissions at 46%. The proposed program would exclude the agriculture (6% of GHG emissions) and waste management (4% of GHG emissions) sectors and all emissions from biofuels and biomass. In 2008, Washington’s state legislature adopted targets to reduce state-wide GHG emissions to 50% below 1990 levels by 2050, or 44 million metric tons. In 2009, however, the legislature voted against joining the Western Climate Initiative (WCI) – the cross-border carbon trading program that, at its height, included seven US states and four Canadian provinces as members. Today, the WCI only features British Columbia, California and Quebec pricing carbon – the latter two officially linking their cap-and-trade programs this year.

Many policy watchers expected Washington’s program to closely emulate California’s cap-and-trade program. Those expectations turned into reality as many of the proposed provisions of Washington’s program match California’s program exactly, which could smooth the path for a potential linkage between the states. For example, the plan would allow the use of offsets to cover up to 8% of a regulated entity’s annual emissions. “This is a very strong proposal from one of the strongest climate champions out there,” said Derek Walker, Associate Vice President of the US Climate and Energy Program of Environmental Defense Fund (EDF). “This cap-and-trade proposal puts a price on pollution in Washington for the first time, and borrows many of the elements that have proven successful in California and elsewhere while tailoring the program design and the investment recommendations to address pressing needs and priorities of Washingtonians. Governor Inslee has laid out a sensible, forward-looking proposal that opens the door to collaboration with other states that have or are developing carbon markets, offering the prospect of even more impact at a lower cost.” The Washington proposal would also make offset buyers liable for the integrity of the offsets, following the lead of California’scontroversial buyers’ liability provisions. The state plans to use the lessons learned by other programs in California, the Northeast states and Europe to protect against any potential market manipulation in its cap-and-trade program, said Kristin Eberhard, Senior Researcher on climate change and energy issues for the Sightline Institute, a Northwest-focused sustainable policy think-tank. “Europe learned the hard way that a poorly designed offsets program can open the door for scurrilous companies to manipulate regulators, so Washington will have tight controls on offsets: they must be approved projects, no more than 8% of emissions, independently verified, and purchasers of offsets are liable for their integrity,” she said. But the Washington proposal differs from California and the Regional Greenhouse Gas Initiative (RGGI) carbon trading program in the Northeast in several key ways, Eberhard observed. The proposal calls for 100% auctions, meaning no free giveaways to polluters, she said. California allocates some allowances for free to regulated entities and the RGGI program falls shy of 100% auctioning. The RGGI program also only covers the power sector, accounting for 22% of the emissions of the participating states while California’s program covered 45% of emissions during the first two years, although it will ramp up to 85% of the state’s economy next year when transportation fuels and other sectors are phased into the program. Inslee’s plan starts with 85% coverage from the beginning of the program.

With allowance prices likely starting at about $12 per tonne of carbon dioxide equivalent, the plan estimates that regulated entities will pay $947 million in state fiscal year 2017 (the program starts July 1, 2016). About $780 million would be invested in education and transportation programs, according to the proposal. Inslee must still contend with a Republican-led state Senate where some legislators and industry associates are gearing up to oppose the proposal. Washington’s next legislative session is scheduled to begin on January 12, 2015. “The oil companies and their political allies are going to start beating the drum and repeating ‘gas tax,’ Eberhard said. “It happened in British Columbia. It happened in California. They’ll do the same thing again in Washington.”