The Voluntary Carbon Standard (VCS) Association is set to unveil its Program 2011 update – a streamlined version of the market’s most in-demand third-party standard and program. Today, voluntary market participants got their first glimpse of the update via e-mail, with more detailed documents slated for posting on the VCS website on Thursday, August 12th to kick off a 60-day public comment period. 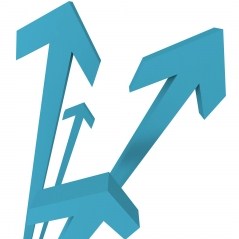 10 August 2010 | The Voluntary Carbon Standard (VCS) Association is set to unveil its Program 2011 update – a streamlined version of the market’s most in-demand third-party standard and program. Today, voluntary market participants got their first glimpse of the update via e-mail, with more detailed documents slated for posting on the VCS website on Thursday, August 12th  to kick off a 60-day public comment period.

Ecosystem Marketplace Voluntary Carbon Associate Molly Peters-Stanley spoke with VCS CEO David Antonioli and communications director Andrea Welsh to find out what readers can expect to see in Thursday’s proposed update. According to Antonioli, “streamlining” is the buzz word for the program update, which is less about major policy changes and more about making the VCS Program’s documentation, rules and regulations more “workable and practical for stakeholders.”

“This is really an internal update,” Antonioli explains. “There are a few more rules and procedures for making sure that the program and processes can be followed – to make sure that project proponents and other VCS stakeholders can use the VCS more effectively.”

For example, the VCSA aims to more clearly distinguish between the standard’s core project and methodology requirements and the VCS Program Guide. The VCS Program Guide (formerly “program guidelines”) is now an overarching document for the whole program that explains its various components, functions and governing rules.

One exciting element of the update will be new guidance on “project grouping,” which resembles the CDM’s Program of Activities (POA) – a programmatic approach to crediting small-scale projects as an aggregate entity. VCSA also intends to reintroduce its tool for non-permanence risk under AFOLU requirements, which will be released for public consultation in September 2010.

As far as any updates that would enhance VCS pre-compliance eligibility, Antonioli says the VCS Program’s appeal will be a side-effect of this “housekeeping” update.

“I think when compliance regimes look for programs that are coherent and ensure environmental integrity,” Antonioli explains, “this [update] will help a lot because they’ll see a very streamlined approach where the standard and program make sense and work together.”

The letter is available for download to the right, and we’ll also be providing feedback from users in the coming weeks.   For now, here are excerpts from Molly’s conversation with David and Andrea.

Ecosystem Marketplace:       Why is streamlining such a critical issue?

David Antonioli:       Essentially now that we’ve lived with the documents for a couple of years we’ve found that they needed to be streamlined and that’s what we’ve done. There haven’t been any specific requests, but over time since we’ve gotten many questions about the same thing or realized that when we got questions sometimes the answer wasn’t entirely clear and you’d have to fish around the documents for answers, we decided that it made a lot of sense to streamline the whole thing and make it easier to use.

EM:       You’re consolidating Agriculture, Forestry and Other Land-Use (AFOLU) requirements into one document, and you allude to other changes. Can you elaborate?

DA:   One of the things we’re going to be doing is reissuing the tool for assessment of non-permanence risk. We actually may not be able to issue that as of this consultation on Aug 12 because we’re still working on some of those requirements, but that will actually be out in September for public consultation. But most of the changes to the AFOLU stuff have to do with making the documents streamlined to make sure it all makes sense. A key element for AFOLU stuff is also the project grouping element because hopefully it will apply to a lot of those projects.

EM:   You mention that you will be introducing full rules and requirements to facilitate the development and validation/verification of grouped projects.

DA:       Hopefully it will make AFOLU project activities more able and likely to be developed, in that there will now be rules for project grouping. Project grouping is the equivalent of the CDM’s Program of Activities approach. POAs are approaches where you have an intervention that is small-scale and therefore the transaction costs related to that intervention are too large to do on an individual basis. A good example of that is efficient cook stoves. You can’t go around assessing the additionality of every single cook stove that’s installed because the transaction cost would kill the project. You want to have a framework that allows you to say, ‘well, in this area of a particular country, we’re going to be promoting this kind of efficient cook stove and we will credit and allow for several of these activities to go into use and then we will credit all those activities as a whole.’ It’s a way of allowing a number of what we call ‘instances of project activity’ to be implemented and essentially scale up the program.

EM:   You also mention that you’ll be clarifying timing rules for VCU issuance for projects using up-front interventions to avoid future GHG emissions (such as composting activities or ODS destruction).   Can you elaborate on that?

DA:     On the ODS, there’s no change to rules to enable forward crediting, it’s already in there, we’ve just taken that concept and applied generally across the board to allow for other projects to do that kind of crediting. Anything, any project that is already developed under the VCS is not affected by this update. There was a big program update we did early July where we talked about this issue – when the VCS comes up with new program requirements, existing methodologies and projects are not affected. If you have a methodology and we issue new guidance the methodology has a sunset period when people can use it to register new projects but only for a certain period of time. After that, it has to fall into the new requirements. But in this particular issue, that’s not a problem.

EM:   Do you anticipate difficulties in moving to the new VCS Format?

DA:   It will take time for people to understand the new format and changes, but our expectation is that once people have understood the structure of how we’ve organized the documentation, everything will make a lot more sense from now on. Essentially what we’ve done is a more streamlined approach and what you’ll see is that we’ve organized the program documents into some main categories: documents that set out the requirements of the program (things you must do); documents that set out the procedures (how you must go about doing certain things – they’re templates). Those are the rules of the program, but organized in a way that you can identify where to go for information.

So if you want to look at requirements for AFOLU projects, you need to go to the pillar that talks about requirements and find the document that talks about AFOLU requirements. So it will be much easier to find the key elements of the program you need to follow when you’re thinking about doing this. And it’s all tied together by the Program Guide – which used to be called the program guidelines (seemed a bit loosy-goosy because they’re just “guidelines”) but this is the guide to how the program works. And really, these are the rules of the program. So before, you had to rely on two or three different documents to go back and forth and figure out what you needed to do on baselines or something, where now you ought to be able to go to a certain document and get that particular information from now on. It’s just a matter of trying to present the program in a more coherent fashion.

There’s no fundamental shift or requirements in the units that will be created at the end of the update process, but there are a few more rules and procedures for making sure that the program and process can be followed and that it’s workable and practical for stakeholders and users of the VCS.

We’ve really put in a lot of effort to make these documents much more useable and I think this thing is light years ahead of where it was before and will be easier to use. We expect that the whole documentation and process for developing these projects will be much more readily understood by developers.

Please see our Reprint   Guidelines for details on republishing our articles.