The government of Vietnam has spent two years piloting regional schemes that use economic incentives to preserve forests by getting businesses that benefit from them to pay people who preserve them.  Now it’s taking the scheme nationwide. 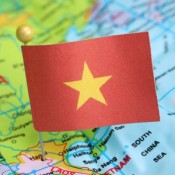 The government of Vietnam has spent two years piloting regional schemes that use economic incentives to preserve forests by getting businesses that benefit from them to pay people who preserve them.   Now it’s taking the scheme nationwide.

30 June 2010 | HANOI |Forest Trends President Michael Jenkins closed out last week’s Global Katoomba Meeting here with a call for governments to scale up activities that aim to reduce pollution by incorporating the value of nature’s services into the economy.

“It’s all about scale,” he said. “We have to move from pilots to programs, and from programs to markets.”

At the same meeting, Vietnamese Deputy Prime Minister Nguy?n Thiíªn Nhí¢n announced that his country was moving on to step two of Jenkins’s sequence with an ambitious nationwide system of Payments for Ecosystem Services (PES) under a new entity called the Forest Protection and Development Fund.

Prime Minister Nguy?n T?n D?ng will officially launch the fund by ministerial decree in the next few weeks, Nhí¢n said.

Minister of Agriculture and Rural Development Cao Duc Phat added that his ministry co-sponsored the Katoomba Meeting explicitly to jump-start a campaign of awareness-building around PES schemes in general and the Fund in particular.

Phat’s Ministry of Agriculture and Rural Development (MARD) will administer the Fund, which will collect money from entities that benefit from healthy forests and distribute it to individual households that work to maintain those forests.

“In the past, we raised revenues through tax, which meant it ended up in a general state budget,” says Nguyen Tuan  Phu, who coordinates the Prime Minister’s agriculture policy.   “Now, the government plays only a supporting role by transferring the entrusted money from the payers to the payees through the Forest Protection Development Fund.”

Ministerial decrees in Vietnam are analogous to executive orders in the United States, and this one builds on lessons learned in two years of pilot projects that MARD carried out in the provinces of Lam Dong in the south and Son La in the north.   At the Katoomba Meeting, Nhí¢n urged international organizations that supported the pilots to help with implementation of the national scheme – a theme Phat echoed early in the proceedings.

“We acknowledge that, in order to succeed, Vietnam needs to cooperate even more closely with the international community,” Phat said. “The 17th Katoomba Conference Ha Noi 2010 will be a good opportunity not only for Vietnam but also the entire world to strengthen international cooperation in this aspect for the benefits of our global environment, health and livelihood.”

Like the pilots in Lam Dong and Son La (which we examined in detail here), the national scheme will resemble classic Payment for Watershed Services (PWS) schemes such as the one New York City implemented in the 1990s and others being implemented across Latin America and piloted across Africa.

Like those schemes, the Fund will transfer payments from industrialized users of water to rural farmers, most of whom will be paid to protect highland catchments that nourish watersheds.   As a result, it will act as both an environmental protection mechanism and a rural development program.

“In Vietnam, most rivers start from steep and high mountains in the north and the west and flow to the east sea,” said Nhí¢n. “Therefore, watersheds have important roles in protection and maintaining of water resources for socioeconomic development, especially in providing water for hydropower and water supply companies.”

Most of the payers will be state-owned entities.

The Fund will assess payments using the “K-Coefficient” developed in the pilot program.   This coefficient is based on the type of forest being protected, how it’s used – and, theoretically, the type of ecosystem service being delivered.

Getting Ready for REDD

Although the pilot schemes have been deemed a success, they have not generated opportunity costs high enough to discourage illegal farming.

“A farmer can earn $400 per year with one hectare of corn,” says Phuc Xuan To, who is the Forest Trends Specialist for Forest Trade and Finance in Southeast Asia.   “With PES, however, he’ll get about $20, and that’s just not enough to stop deforestation.”

Indeed, says To, illegal farming proved to be a continuing challenge in the Son La pilot area, and will likely continue under the national scheme until more income can be generated for subsistence farmers living in the highland catchment forests.   That will likely require carbon payments for farmers who reduce greenhouse emissions from deforestation and forest degradation (REDD).

The country is in the process of developing a REDD strategy and was one of the first to be selected as a pilot country of the UN-REDD program and the Forest Carbon Partnership Facility (FCPF).

Jenkins believes it can play a leadership role in climate-change talks culminating this year in Cancun.

“I feel it would be a natural partnership for Vietnam to reach out to Mexico, which is the host of COP 16, and for countries like Vietnam and Mexico – who are relatively neutral in the negotiating process – to bring home an agreement on forests,” he said.

The Challenge of Scaling Up

To sees two challenges to scaling the pilot schemes up to a national level.

That, he says, may require the creation of one entity for payments within a province and another for interprovincial payments.

These two concerns will add up to one big one if the whole scheme isn’t transparent enough for people to follow the money.