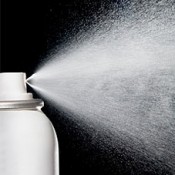 10 January 2014 | Markets are a powerful tool for incentivizing and rewarding greenhouse-gas reductions, but the Verified Carbon Standard (VCS) says they no longer add value to the effort to eliminate one of the world’s most powerful heat-trapping compounds.

In light of promising developments to limit hydrofluorocarbons (HFC) under international law, VCS announced on Thursday that it will no longer recognize credits from projects that destroy HFC-23. The decision reflects VCS’s desire to keep its carbon-market carrot out of the way of the (in this case) more powerful regulatory stick.

“It comes down to an issue of what’s the right tool at the right time,” David Antonioli, VCS’s Chief Executive Officer said. “Clearly markets are an incredibly important tool. But they might not be the right tool for everything all the time. In this particular case, for HFC-23, the regulations are probably a more effective and direct way of reducing those emissions.”

Those regulations have been moving forward swiftly over the last several months. In April, the United States, Canada, and Mexico proposed an amendment to the 1989 Montreal Protocol that calls for a phase down of HFCs, reducing them 85-90% by 2050 (Micronesia proposed a similar measure). Then, a bilateral meeting between U.S. President Barack Obama and Chinese President Xi Jinping in June set the stage for the G20 Summit in St. Petersburg in September where the world’s most powerful economies agreed to phase down the production and consumption of HFCs, committing to further discussions on cost and technological alternatives.

HFCs are a problem born out of a solution: industry began producing them after the Montreal Protocol limited chlorofluorocarbons (CFCs) and hydrochlorofuorocarbons (HCFCs), which were responsible for the ozone hole over Antarctica. HFCs are an ozone-friendly replacement for the chlorine-laden compounds that were once used ubiquitously in refrigerators, air conditioners, and spray cans. The phase-out of CFCs stopped the dangerous trend of ozone depletion and, because CFCs are also greenhouse gases (GHGs), recent research shows that cutting them out of household products may have spared the world from what could have been even more rapid climate change over the last several decades.

The ‘solution,’ however, was a bit too good to be true: Turns out hydrofluorocarbons have scary-high ability to trap heat in the atmosphere, and at 14,800 times the strength of carbon dioxide (CO2) on a 100-year timescale, the byproduct HFC-23 is among the most dangerous. If the production of HFCs continues at the current growth rate of 10-15% per year, it could cause up to 0.5 °C of warming by the end of the century, undermining the effect of other efforts to slow climate change.

As the largest producers of HFCs, China and India have the ability to release a “climate bomb” of HFCs – the equivalent of two billion metric tons of CO2 by 2020 – according to the Environmental Investigation Agency. So their participation in international discussions is vital.

VCS thinks those conversations are going in the right direction, and officials are hopeful that amendments to the Montreal Protocol will continue to move forward. At this point, carbon markets for HFCs seem like they could only be a distraction.

“We decided it was time to focus attention on the discussions at the international level,” Antonioli said. “HFCs are outside the realm of what carbon markets do and do well.”

Carbon markets are based on the principle of additionality – the idea that the emissions reductions being incentivized by carbon finance would not have occurred otherwise. In theory, this is the case with HFC-23 destruction. The compound is a waste product that has no commercial use, so in the absence of regulation, plants simply vent it to the atmosphere.

In practice, though, the additionality principle has often not been met. An attempt to reduce HFCs through the market-based mechanism of the Kyoto Protocol has largely fallen flat. Nineteen refrigerant plants, most of them in China, are registered to produce and sell carbon credits under the Clean Development Mechanism (CDM). But a 2012 NY Times exposé revealed a perverse incentive: because GHGs are credited based on their global warming potential, the ‘exchange rate’ favors HFCs by a factor of several thousand to one, and many of the plants were overproducing HFCs so that they could then earn millions in carbon revenue for destroying them. In response, the European Union Emissions Trading Scheme that serves as the major market for CDM credits banned HFCs as an eligible credit type as of May 2013.

The voluntary carbon markets have mostly avoided a similar scandal, perhaps because there is low interest in developing HFC-destroying projects for voluntary buyers. Though a standard for HFC projects did exist under the VCS until Thursday, only two HFC-23 projects, one by Honeywell International in Louisiana and one by Yingpeng Chemical in China, have been validated under the Standard. Per VCS rules, any projects in the pipeline as of January 9, 2014 will have six months to complete validation. New HFC projects will not be allowed.

The VCS decision was not a result of the perverse incentive problem, which Antonioli said could be addressed through the methodology. Rather, he said, it was because the regulation is moving forward to a point that market incentives may no longer be additional to the law.

“Obviously the ultimate goal is to reduce emissions, and the question is: how do you get there the quickest way?” Antonioli said.