Scores of water-quality trading programs are under development across the United States, but few have reached the operational stage and most are limited to parts of watersheds within specific jurisdictions.  The USDA is changing that with targeted funding for programs that develop market-infrastructure and a support network to be operational by September. 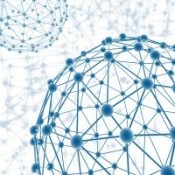 Scores of water-quality trading programs are under development across the United States, but few have reached the operational stage and most are limited to parts of watersheds within specific jurisdictions.   The USDA is changing that with targeted funding for programs that develop market-infrastructure and a support network to be operational by September.

24 April 2012 | The United States Department of Agriculture’s (USDA) Office of Environmental Markets (OEM) is developing a nationwide network of water quality trading (WQT) programs, slated to become operational in September.   It will consist primarily of projects that earn a share of up to $10 million in targeted Conservation Innovation Grants (CIG) that the USDA’s Natural Resources Conservation Service (NRCS) will award that same month.

Roughly 25 programs are currently under review, and grant recipients will be announced in July.

“Programs that applied have a pretty high chance of getting something if they meet the criteria,” says OEM Deputy Director Carl Lucero.   “But, at the same time, NRCS won’t give the money away just to give it away.   The projects have to be good.”

And “good” means being in-development, doable, and with a high probability of environmental success.   They must, for example, have done a market analysis to determine which entities might realistically be in a position to sell credits and which might be in a position to buy.   For that to be the case, the entities have to exist in a regulatory environment that has rules and regulations in place to support markets.   Projects must also be able to demonstrate the ability to track environmental benefits, and they must have local officials on their side.

“The last thing you want to do is invest all this money and effort into something that just sits on a shelf,” said Lucero.   “There has to be a need, and there has to be a high expectation of success.”

OEM and NRCS are aiming for programs with buy-in from state environmental protection and agriculture agencies, but the grants are targeted at projects that promote cross-border cooperation, the development of infrastructure programs, and education.

The targeted CIGs represent a departure for the program, which is administered by the USDA’s Natural Resources Conservation Service (NRCS) and aimed at promoting voluntary conservation efforts.   While most CIG requests for proposals (RFP) are generally targeted at general conservation, this round was issued specifically to target regional WQT.

The new approach began in 2011, when NRCS and OEM fulfilled an $8 million targeted CIG for greenhouse-gas reduction projects.

“We got some really great projects, and thought, ‘Hey, let’s try this again,’” says Lucero.   “We mentioned water, and NCRS jumped at it.”

NCRS made $10 million available, to be split evenly between the Chesapeake Bay and the rest of the country.   They also worked with OEM to develop the RFP.   Each project can receive up to $1 million, and with less than 25 applicants, there is plenty of money to go around – provided the projects meet the requirements.

One aim is the creation of a registry or other tracking process, so the agencies will be looking for complementary projects that can also fit together once completed.   The Water Quality Network will support that.

OEM has also created a USDA Coordination Council to bring all market-interested entities within the USDA together – from research to program development to risk assessment and insurance.

Relationship to Other Projects

Ann Mills, the USDA’s Deputy Undersecretary for Natural Resources and Environment, stressed the need to view the grant as part of the agency’s overall strategy of promoting voluntary conservation.

She points out that USDA and the federal Environmental Protection Agency (EPA) have been promoting a state-driven program called “agricultural certainty”, which aims to accelerate voluntary agricultural conservation by rewarding specific practices that address specific water quality concerns.

“We see this as a paving the way for environmental market transactions, because certainty helps change the cultural frame around markets,” said Mills. “It gets producers comfortable with putting in place a set of practices and having them verified, and it also reduces the transaction costs of producers who may eventually get into trading of environmental markets.”

Steve Zwick is Managing Editor of Ecosystem Marketplace. He can be reached at [email protected].Please see our Reprint Guidelines for details on republishing our articles.