With the Global Katoomba Meeting just weeks away, the Ecosystem Marketplace continues its series on Water Quality Trading schemes around the world. In this installment, we take stock of the key drivers in the US WQT Sector. Fifth in a Series 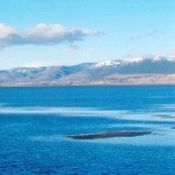 With the Global Katoomba Meeting just weeks away, the Ecosystem Marketplace continues its series on Water Quality Trading schemes around the world. In this installment, we take stock of the key drivers in the US WQT Sector. Fourth in a Series

14 May 2008 | Earlier this year, the Township of Fairview, in York County, Pennsylvania, announced it was buying nutrient credits from nearby farms through Red Barn Trading Company rather than spend $6.4 million to upgrade its sewage treatment system.

In so doing, it became the first municipality in the Chesapeake Bay Watershed to meet its water quality improvement requirements entirely through Water Quality Trading (WQT).

The deal is projected to cost 75% less than an upgrade, and WQT advocates hail it as the kind of transaction that’s going to become increasingly prevalent in the Chesapeake Bay area and waters across the nation.

Skeptics might point out, however, that such trades are few and far between – and argue that if WQT transactions were all they’re cracked up to be, there’d be a lot more of them.

The World Resources Institute (WRI) has analyzed WQT programs in countries around the world, and believes the paucity of such deals simply reflects the types of growing pains common to all new endeavors – and that these growing pains are rapidly giving way to growth.

They’ve found, among other things, that projects were often implemented before key drivers were in place, that legal liability often exceeded rewards, and that an understanding of these markets was just beginning to take hold among stakeholders, decision-makers, and the public at large.

As this understanding spreads and kinks are worked out of the system, WQT schemes will be able to make more and more of an environmental impact. Here the authors examine some of the challenges facing the sector, and how they can be overcome.

WRI research found that many WQT programs were developed in anticipation of regulatory caps that either never materialized or were too weak to create sufficient demand for trading. As a result, these trading programs experienced little or no trading – and some are still sitting idle.

Before investing the time and money needed to develop a WQT program, it is therefore critical to know whether regulatory requirements or voluntary motives are likely to generate the needed demand for credits.

Regulated point-source entities, like industrial enterprises or urban waste treatment plants, face costly Clean Water Act (CWA) enforcement actions if their discharges exceed regulatory limits. Many, therefore, would rather pay for expensive upgrades that are under their control than leave themselves dependent on the performance of a third party from whom they have purchased credits.

If the seller of those credits is also a regulated point source, this issue can be resolved by transferring legal liability to the seller by modifying both the buyer’s and the seller’s discharge permits.

This creates the risk that a credit buyer would be held in violation of its permit if an unregulated credit seller defaults on its contract. While the contract between the buyer and seller could protect the buyer financially in this event, it could not transfer the enforcement action, and the public disapprobation that goes with it, to the seller.

And that leaves buyers open to very real risk – for actual reductions from on-farm activities are difficult to estimate and are dependent on external factors like weather. Supply is thus variable and can depend on annual management decisions made by farmers, who are often unable to guarantee credits for long periods of time.

Current and developing trading programs address this risk primarily through three mechanisms: the aggregation of credits, the development of credit reserves, and the creation of reconciliation periods.

Bring on the Aggregators

Aggregators like Red Barn, which handled the Fairview deal, are unregulated and typically private entities that purchase credits for the purpose of re-sale to interested buyers, and they generally purchase large quantities of credits from nonpoint sources. They’re generally large firms that are willing and able to accept and manage the risks inherent in the water quality market. In that sense, they’re like retail grocers who know a certain percentage of their merchandise might go bad, or insurers who know a certain percentage of clients will lose them money, but by holding a large portion of available credits they can ensure the buyer of delivery.

By introducing an aggregator, the regulated entity severs its direct liability link with the potentially unreliable nonpoint source and increases its certainty that credits will be delivered as promised.

Many sell only a portion of their credit portfolio and keep the remainder in reserve in the event that one or more of the credit-generating projects fail or are not implemented as promised.

The Ecosystem Marketplace will take a closer look at the challenges faced by aggregators, and Red Barn in particular, later in this series.

In some cases, the state also plays a risk-mitigation role similar to that of aggregators. Pennsylvania’s nutrient trading program, for example, has created a centrally-administered credit reserve to mitigate risks to regulated buyers. This credit reserve effectively guarantees that a buyer who acts in good faith to secure credits will be able to draw from the reserve if his purchased credits are in default at the end of the water year.

In a similar measure, Virginia’s trading statute stipulates that credits will be available from the state in the event of shortfalls or defaults in the market. If a buyer is not able to locate credits at reasonable cost within its watershed, it can buy them from the Virginia Water Quality Improvement Fund.

Another risk that buyers face is that they may under-estimate their discharges when buying credits, and thus find themselves out of compliance at the end of the water year. After all, wastewater treatment plants are subject to periodic upset conditions: temperatures can affect the efficiency of treatment, and flow and concentration levels can vary from year-to-year.

For these reasons, regulated dischargers cannot predict with absolute certainty the number of credits they will need to buy (or how many they might be able to sell) in a given compliance period.

Here, the solution is to create reconciliation periods at the end of the permit cycle to allow regulated facilities to either purchase credits to make up for any shortfalls or to place excess credits on the market. These reconciliation periods work hand-in-hand with credit insurance pools and target a slightly different challenge than do aggregators and credit reserves.

Then comes the challenge of directly measuring the results of pollution abatement measures implemented at nonpoint sources. Absolute measurement is, quite frankly, impossible – but estimation methodologies do exist. This is, however, an area of vigorous debate, and it’s critical that such methodologies are defensible from a scientific and regulatory perspective.

The methodologies used to estimate the reduction in nutrient losses from agricultural practices can be difficult and time-consuming to develop, but much can be learned from the experiences of existing and emerging programs.

In the United States, for example, some trading programs use spreadsheet-based tools that incorporate nationally available algorithms (e.g., Revised Universal Soil Loss Equation) which are relatively straightforward to adapt to different watersheds.

The Chesapeake Bay Program has incorporated a set of long-term average agricultural loading rates and Best Management Practice nutrient removal efficiencies into its watershed model, while New Zealand’s Crown Research Institute, commonly known as AgResearch, has developed Overseer ®, a nutrient budgeting model to help estimate nitrogen and phosphorous losses from pastoral lands. This model is also national in scope, and could easily be used by other New Zealand catchments embarking on WQT. Estimation algorithms may be more difficult to transfer between countries, but they should be easy to transfer within a country.

As trading program implementation goes forward, ways can usually be found to streamline the process and reduce transaction costs. For instance, the development of standardized language in regulatory compliance documents, the use of ‘model’ contracts for sales, and mechanisms to eliminate unnecessary delays and in general facilitate trade execution are all important for ensuring trading program viability.

The development of trading infrastructure may also produce easily-transferable material and tools, leaving little need to dramatically change the trading marketplace between catchments and countries. The use of existing marketplaces can decrease the time and cost of implementing that part of a trading program, allowing program developers to concentrate their efforts on more controversial and difficult areas.

Where are the Champions?

Developing WQT programs within the context of a stakeholder process is crucial to the success of any trading program. Often the lack of understanding about what WQT is — and what it is not — creates misconceptions and tension during the development and implementation phase of the program.

Early education of stakeholders on the concepts of trading and the goals of the trading program is important in order to ensure that the process runs smoothly and creates stakeholder buy-in and support. However, it is not necessary to “reinvent the wheel” when it comes to communicating trading concepts and creating elements of a trading program—to a large extent, these materials exist and can be ‘borrowed’ from existing programs.

The success of the stakeholder process will frequently depend on the process employed and the personalities of the stakeholders involved. The identification of a ‘trading champion’ can be useful in this context. A high-level elected official (e.g., a governor, head of environmental agency, council chairman, etc) can help motivate other high-level officials during the early stages of developing a trading program, while a local trading champion can generate enthusiasm for trading at the grassroots level and help push a trading program forward.

Many of the programs in the US that have languished have not had the support of important stakeholders. For example, Michigan implemented state trading regulations in 2002, but trading has languished since then because a change in governor brought in new government officials who did not see trading as a priority. Subsequently, the Kalamazoo trading program and others in Michigan have suffered several set-backs as a result of agency resistance to trading.

The prevalence of WQT programs has steadily grown and will most likely continue to do so. Water quality issues are on the rise — there has been a four-fold increase in identified hypoxic zones globally in the last 12 years (Selman et al., 2007) — and governments will increasingly look for new ways to deal with these problems.

While trading does not supplant regulation, it does provide methods to help dischargers meet their regulatory obligations at lower costs. Over time, there will be more standardization in trading programs and the infrastructure that supports them; and trading processes will become more streamlined and efficient. All of these developments are good news for those who believe that WQT schemes can indeed be a cost-efficient mechanism to help meet water quality goals.

This article has been adapted from a WRI analysis that is currently in publication.

Please see our Reprint Guidelines for details on republishing procedures.