Norway, the US, and the UK on Wednesday said they would direct $280 million of their funding for REDD+ into jurisdictional efforts designed to ensure that results-based money flows to projects that promote sustainable agriculture – and in a way that encourages the involvement of major corporates. 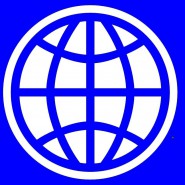 21 November 2013 | WARSAW | Norway, the United States, and the United Kingdom yesterday unveiled a new financing initiative designed to save endangered rainforests by promoting climate-safe agriculture in developing nations. It will be targeted to smaller forest countries and to individual states within larger nations and will operate under the World Bank’s BioCarbon Fund, with money being based on emission-reductions achieved.

Dubbed the Initiative for Sustainable Forest Landscapes (BioC ISFL), it will initially select between 4 and 6 jurisdictions – beginning with Ethiopia’s Oromia state – and funnel between $30 and $50 million into each of them once reference levels are established. While most of the funds themselves had already been committed or announced for REDD+ (Reducing Emissions from Deforestation and Degradation plus pro-forest activities), the new initiative offers a clue into how the funds will be deployed.

“Grants and technical assistance along with purchasing offsets will support sustainable agriculture and REDD,” he said. “The private sector will purchase sustainably-made products and then sell forest-friendly commodities. That’s a core part of this initiative.”

In another scenario, the funds could be used to provide insurance for projects that are climate-safe but economically risky.

“This combination of incentives creates a powerful dynamic, where there is both up-front support for forest stewardship and demand-side pull for forest-friendly products,” said Stern.

Edward Davey, the UK’s Secretary of State for Energy and Climate Change, said there is plenty of demand-side pull, and implied that up-front support would be targeted to 10 countries.

“We know that we can begin to address 87% of the world’s remaining deforestation with support and action in 10 countries,” he said. “And we know that consumer goods companies with over $3 trillion in annual sales are getting behind the Tropical Forest Alliance in an effort to remove deforestation from their supply chains.”

Beyond Oromia, states and countries will be selected based on their degree of REDD readiness and political will, as well as on a case-by-case analysis of their agriculture sectors – clearly in keeping with the “landscapes” theme that has dominated side events here this year.

While no other states beyond Oromia were officially named, both Colombia and Indonesia participated in the launch, and former Guyanian President Bharrat Jagdeo made a rousing impromptu appearance.

All three countries are developing the kind of carbon accounting infrastructure that can handle performance-based funding, and all have leaders who seem committed to saving their forests.

Colombian President Juan Manuel Santos, for example, has vowed to eliminate deforestation by 2020. Indonesian President Susilo Bambang Yudhoyono risked his political future by taking on the powerful palm oil lobby. And Jagdeo – who stepped down because he reached his term limit – is a strong advocate of conservation who has never been shy about demanding performance-based conservation.

What is New and Where Does it Sit?

The BioC ISFL will run under the BioCarbon Fund (BioCF), which is part of the World Bank* and has been piloting REDD+ readiness initiatives since 2005. Davey said the new initiative differs from those pilots in two ways.

“First, it’s not acting at the project or national level but at a sub-national/jurisdictional or state level,” he said. “This is because we believe scaling up REDD will be easiest at this jurisdictional level.”

Second, he said, the BioC ISFL is explicitly aimed at promoting those activities that companies have long claimed will make it easier for them to remove deforestation from their supply chains.

“There is evidence that private-sector companies want to be involved,” he said. “We want to make it possible for them to be involved.”

But “being involved” requires something to be involved in – and that something is often far from green.

“Over the last half-century, we have come to see our forests as the fuel that drives development,” said Indonesian Deputy Minister Heru Prasetyo. “Our entire economy is built on this premise, and that’s not easy to change.”

From that perspective, he says, forest conservation is a new solution, and climate change is a new problem. Both the solutions and the problems are facing push-back from what he called the “business-as-usual” paradigm.

Most of the money for the first tranche will come from funds already committed, but the new initiative offers clarity into how it will be spent. Harvey said that other countries have also expressed an interest in joining the initiative.

Norway said it would direct “up to” $135 million into the new initiative and extended its previous commitments through 2020 – a major boost, given the change in government there. Tine Sundtoft, the Norwegian Minister for Climate and the Environment, also announced additional grants of up to $100 million for the FCPF by year-end.

The UK earmarked £75 million ($120 million), which Davey said would come from the £3.8 billion International Climate Fund that began deploying money in 2010 and will continue to do so through 2016.

The US said it would contribute $25 million, and a source in the delegation said some and maybe all of it would be on top of previous commitments. Stern said the $25 million was just the first tranche of funds that will top $250 million. “We hope this new initiative can break down the myth that we have to choose between either development or the environment,” said Stern. “It’s a false choice.”

Germany also participated in the launch, but is not on the list of contributors to the BioC ISFL. Peter Altmaier, the country’s Environment Minister, said Germany would add another €12 million (about $16 million) to its Early Movers program, which is already making results-based payments to the Brazilian state of Acre – to the tune of 2.5 million credits at an undisclosed price.

“REDD+ needs more funding than what Germany, Norway, the United Kingdom, and the United States pledged today,” said Pipa Elias, REDD+ expert for the Union of Concerned Scientists. “But the way they are targeting it – that’s encouraging.”

Some of the funds will be performance-based, and be couched in terms of a carbon price. That price, however, has not been determined and is likely to be handled on a case-by-case basis.

One of the prime achievements of this year’s COP is agreement on clear rules for establishing reference levels and how to measure, report, and verify (MRV) changes in carbon stocks and attribute them to specific activities. The new initiative will aim to follow those rules where possible – but also reserves the right to develop its own methodologies. That provision will not sit well with some developing countries, many of which say they cannot afford the transaction costs that fragmented rules bring.

*We initially identified the BioCarbon Fund as being part of the Forest Carbon Partnership Facility, which it is not.