The US Senate’s failure last week to even consider a climate bill hurts us all and not just because of continued damage to the atmosphere’ Rainforest people around the world will suffer lost income, as will US farmers and forest landowners’ Here is an overview of all the legislation left in the lurch. 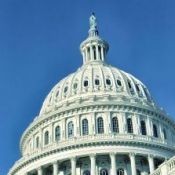 The US Senate’s failure last week to even consider a climate bill hurts us all – and not just because of continued damage to the atmosphere. Rainforest people around the world will suffer lost income, as will US farmers and forest landowners.  Here is an overview of all the legislation left in the lurch.

26 July 2010 | By now, most of us know the sad macro numbers: emissions from land use, land-use change and forestry (LULUCF) account for 25% of total global emissions, and the Kyoto Protocol failed to address that.  Negotions at the UNFCCC are evolving to develop a forest-friendly approach, but eyes have also closely been following legislation in the United States.

Then, last week, US Senate Majority Leader Harry Reid (D) said he wdidn’t have the votes needed to pass a climate bill and would focus simply on low-hanging energy and oil-drilling issues.  The version of the bill that had been languishing in the Senate had included significant carbon financing for forests, and it’s shelving means that forests around the world must rely on voluntary markets and international public finance mechanisms to pay for carbon sequestration.

Most, or almost three-quarters of the 20.8 million tons of carbon dioxide reported as removed from the atmosphere from 226 projects in the State of the Forest Carbon Markets report have happened through “Over the Counter” deals — or, outside of formal exchanges. In fact, of the $142.9 million in market value over the last two decades, $137.6 million arose through the voluntary market, compared with the $11.6 million in compliance markets. The Chicago Climate Exchange ranked first in these transactions, enabling 12.5% (2.6 MtCO2, or “million tons of carbon dioxide”) of the voluntary market, followed by the New South Wales Greenhouse Gas Abatement Scheme at 8.7% (1.8 MtCO2) of transactions.

By December, 2009, at Copenhagen the world agreed on the need to develop financial mechanisms to reward sustainable land-use practices that remove or store carbon. Yet, there is still uncertainty that parties will reach a legally binding agreement in Cancun, Mexico in November of this year for the upcoming COP-16 climate talks.

Silver Lining: US Carbon Markets and Incentive Programs for US landowners

US forests and agricultural lands already play an important role in sequestering more than 15 percent of annual US carbon emissions. When the US House of Representatives passed the American Clean Energy and Security Act of 2009 (ACES Act, otherwise known as the Waxman-Markey Bill, or HR 2454), by a vote of 219 to 212 on June 26, 2009, there was renewed hope and excitement that finally there would be a market for land use offsets that store or remove greenhouse gas emissions.

This was a first attempt at producing comprehensive national climate and energy legislation that would establish an economy-wide, greenhouse gas (GHG) cap-and-trade system. The bill provided explicit language for up to one billion land-based carbon offsets from US landowners.

The Waxman-Markey bill also created an offset credit program that could involve domestic agricultural and forestry projects, and provided guidance on quantifying carbon benefits, establishing activity baselines, determining additionality, leakage and reversals, and third party verification. These and other requirements set out a framework for a land based offset program in the US.

Since then, several complementary and sometimes competing proposals to curb greenhouse gas emissions and promote clean energy production have seen action in the Senate.

For instance, the American Clean Energy Leadership Act of 2009 (S.1462)  was passed out of the Senate Energy and Natural Resources Committee chaired by Sen. Jeff Bingaman (D-NM) on June 17, 2009 on a bipartisan vote of 15 to 8. It included provisions for increased energy production, energy efficiency, renewable energy standards, technology research and development, energy market stabilization, and transmission network improvements, among others. As it was passed as an energy only bill it did not cap emissions and thus precluded the use of offsets.

Later, in November of 2009, and drawing some elements from ACES, the Senate Environment and Public Works Committee chaired by Sen. Barbara Boxer (D-CA), passed the Clean Energy Jobs and American Power Act of 2009 (S.1733). At the same time Senator Debbie Stabenow (D-Michigan) introduced the Clean Energy Partnerships Act of 2009 (S.2729) and referred it to the Senate Environment and Public Works Committee. The amendment created an offset credit and a carbon incentive program for domestic emission reductions from US farms and forests (see section titled Carbon Conservation Program below for more details).

Later, Senators Lindsay Graham (R-SC) and John Kerry (D-MA) jointly authored an opinion piece in The New York Times promising to work together on comprehensive climate and energy legislation outside of the committee process to create a bipartisan bill and soon thereafter Sen. Joseph Lieberman (I-CT) joined the effort.

On May 12, 2010, Senators Kerry and Lieberman released their draft discussion of their American Power Act, but Sen. Graham left the process in late April and the efforts have been stalled since. The domestic offset credit and carbon incentive program were carried into the released discussion draft of the American Power Act.

In July, Bingaman released a 50 page draft of an energy bill with provisions to cap electric utilities, 2.5% of emission allowance revenue directed toward agricultural soil carbon sequestration and the implicit approval to use agricultural and forestry offsets under the purview of the USDA as well as a piloting program for international offsets— but does not include a comprehensive cap on manufacturing and the transportation sector, or a similar incentive carbon program for US forests and farms. In response, Kerry and Lieberman released a revised draft of the American Power Act this week which would also cap utilities only.

Combining elements of all proposals Majority Leader Harry Reid (D-NV) had indicated plans to send to the floor a four-part energy bill before Congress goes into recess that would respond to the Gulf of Mexico oil spill, boost energy efficiency, increase clean energy production and limit greenhouse gas emissions from the utility sector.

Even in light of the oil spill, a climate and energy bill has failed to garner the 60 votes necessary to prevent a filibuster. Majority Leader Harry Reid this week announced he would not bring the bill to the floor until the votes were secured.

The Carbon Conservation Program: A Boon for Small US Landowners

One of the most promising and widely supported proposals for US landowners is a Carbon Conservation program proposed in the American Power Act. This program would provide incentives to US landowners to reduce greenhouse gas emissions or sequester carbon on the land. The Program could also pay landowners for conservation easements to slow and even reverse land conversion, another critical strategy to uphold the almost 20% of carbon stores in US forests. Many organizations joining in coalitions to promote rural landowner interests and the climate mitigation opportunities on forestlands and farms, have urged Majority Leader Harry Reid to support the program. In one letter they cite a recent study from the University of Massachusetts found that for every $1 million invested in sustainable forestry, forest restoration, and related activities, an estimated 39.7 jobs are created. This was the highest job-creation per dollar for any economic sector studied, exceeding even renewable energy and transportation infrastructure. The letter also points out that the Program offers an important complement to opportunities for small landowners to participate in carbon offset markets as transaction costs for carbon projects are extremely high and sensitive to scale.

Maria Bendana is a research fellow for the Pinchot Institute for Conservation.  She is helping to develop the piloting process for The Bay Bank, an online ecosystem service marketplace for private landowners in the Chesapeake Bay area. Will Price with the Pinchot Institute and Amy Daniels and Al Todd with the US Forest Service provided the framework and editorial comments.  Please see our Reprint Guidelines for details on republishing our articles.