While the United States does not have a national cap on greenhouse gap emissions, California does have a state cap – and voters there seconded the state’s decision when they rejected Proposition 23, which would have all but killed cap-and-trade.  Now they are ready to begin a great experiment to see if people in the United States can make money by doing good.  This carbon fund is betting on a positive outcome. 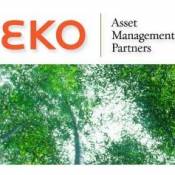 The United States may not have capped its national greenhouse gas emissions, but the US state of California did cap its state emissions – and voters there seconded the state’s decision when they rejected Proposition 23, which would have all but killed cap-and-trade.   The end of Prop 23 could mean the beginning of a great experiment to see if people in the United States can make money by doing good.   This carbon fund is betting on a positive outcome.

2 February 2011 | Thanks to money from a New York-based carbon fund that believes it can generate positive returns by locking up carbon in the trees, 10,000 acres of privately-owned Arkansas forestland along the Mississippi River will remain in its natural state.

The EKO Green Carbon Fund (GCF) was officially launched last week by EKO Asset Management Partners after wrapping up its first round of funding in January.   It’s the first-ever US carbon fund to focus exclusively on projects that reduce greenhouse gas emissions by improving land use – for example, by saving endangered forests that sequester carbon.

“We firmly believe that carbon markets, when done right, can help not only reduce emissions and sequester carbon, but also address a whole host of other environmental problems, whether these are biodiversity, water quality, etc.,” says Ricardo Bayon, a partner and co-founder of EKO (and a co-founder of Ecosystem Marketplace).   “Likewise, we believe that in order to truly address the problems of climate change, we need to go beyond just reducing emissions and finding ways to take GHGs out of the atmosphere. Apart from what is normally called Carbon Capture and Storage (CCS) in oil wells, biological ‘carbon capture and storage’ (photosynthesis) is the only — and probably the best — way to do this.”

GCF’s first investment – in a project along the Arkansas banks of the Mississippi River – is designed to secure and produce credits that will qualify under California’s AB-32 cap-and-trade program, which is set to launch in 2012.

Though some may doubt the soundness of investing in the carbon market, EKO sees it very differently.   According to Jason Scott, a partner and co-founder of EKO, it is a “time of great promise in the North American compliance markets.”

“While it is true that federal action to regulate carbon emissions is unlikely to be passed into law in the near future, we are nevertheless seeing important innovations and initiatives taking place at the state level and in regional partnerships,” says Scott, “California, in particular, is laying the foundation for what we believe will become a large and robust North American carbon market.”

The Focus on California

That foundation appeared shaky until the recent defeat of Proposition 23.

“Whatever investors we had been talking to or had shown interest, all of them were also interested in waiting until Prop 23 ended,” says Bayon.

The Proposition, which would have suspended any carbon compliance under AB 32 until California’s unemployment rate fell below 5.5%, was rejected by voters in November.

Following the proposition’s defeat, the California Air Resources Board (CARB) – tasked with designing and administering the statewide cap-and-trade program – adopted rules for its implementation in December. The new regulations allow emitters to compensate for a portion of their liability with carbon offsets created under four currently approved protocols –with additional protocols, eventually including REDD projects, likely to follow.

With the AB32 program now set to begin in 2012, the Fund is primarily focused on investing in projects and credits that will qualify under these approved protocols.

The first investors in the fund were high-net-worth individuals, foundations, and family offices, but Bayon says that the second round is likely to include a number of compliance investors; companies that are looking to invest in qualifying credits that can be used against their emissions liabilities in the California program.

“At the end of the day, in order for a credit to be used for compliance purposes, it has to be approved by the state,” says Bayon, “So far, they have only approved…a few of the protocols.”

Currently, approved projects for the CARB compliance program come from one of a select few of the protocols approved by Climate Action Reserve (CAR) (formerly known as the California Climate Action Registry, or CCAR).   These include a Forestry Protocol which allows for three types of carbon-generating forestry projects: Avoided Conversion, Reforestation, or, as in the case of the Arkansas project, Improved Forest Management.

As the California program progresses, the caps on corporations and industries will become tighter.   The second compliance period, which begins in 2015, will include more industries — and tighter caps for all.   That could bode well for companies that secure carbon credits early, because California allows credits to be “banked” – or held over – from one crediting period to the next.   Between now and 2020, there are three compliance periods – each one with tighter caps on industrial emissions and – presumably – greater demand for land-based offsets like the ones EKO is investing in.

“As the market has more certainty with price and offset demand and supply, it is assumed there will be growing demand from investors, assuming California continues its implementation schedule for the cap-and-trade program,” he says.

The GCF is preparing for this assumption to become a reality — and the interest from compliance investors in the second close provides a glimpse of what it might become.   However, a lot can happen before the CARB program kicks-off in 2012.

“The CARB cap-and-trade program will start next year, but there are still a lot rules to work out this year and there is always a moving issue of whether there would ever be a delay in the program,” says Brunello.

Indeed, people continue to challenge the implementation of the carbon market in California, with the most recent challenge coming out of San Francisco on Tuesday.     There a judge made a tentative decision that California did not thoroughly consider alternatives before creating a carbon market.   The long-term implications of this decision are not yet known.

While the promise of a California compliance market is still uncertain, groups are working to navigate the approved protocols to meet the expected demand, but none are going about it in the same way as the GCF.

“I do not know of any other funds that are specifically for investing in offsets like this,” says Brunello, “In particular, a focus on trying to meet California compliance standards.”

“I think it’s a good signal…as they say there will be a market and it will be robust,” continues Brunello.   “EKO is kind of taking a risk and being a first player which we hope will be followed by other groups.   They may have a first, leading advantage by getting their name out there and working with regulators now, in the hopes that the market will grow over time.”

However, Brunello speculates that even with tighter caps in California arriving in 2015 and 2018, the demand for these type of funds will entirely depend on expansion of the carbon market at the national or international level.   He thinks that any increase in demand will be easily met by current projects unless a national compliance market comes into the picture.

“The true eye-on-the prize is something that would happen nationally in the U.S. obviously, or whether something happens in Europe or Japan or Australia etc in their markets that would create a demand,” he says.   “Depending on what those other places do, that is where the real growth in these funds will lie.”

The development of this Fund provides a glimpse into what EKO envisions as the future of the carbon market.

“While others have left the US carbon markets for dead, we have continued to invest time and energy in building relationships with the managers of carbon projects across the US,” says Bayon.   “Now that the carbon market in California looks set to really take hold, we believe those investments will pay off.”

Resulting from this investment of time and energy is a pipeline of projects that will provide credits for the compliance investors—and others who would like to purchase credits from the GCF.

This includes the first project in Arkansas.   The project, which falls under the category of Improved Forest Management, is producing credits by changing forest management practices to increase the sequestering of carbon.   The credits to be generated by the project are in the process of being submitted to CAR for approval.

The project “highlights the potential role that carbon markets might play in conservation of ecosystems both in the U.S., and across the world,” says Bayon in the press release.

“It is a good project with all the right benefits in terms of forestry credits as well as protecting an important ecosystem, as well as properly designed in terms of cost, on its way to getting CAR credits,” says Bayon.

Though REDD might be a hot topic of conversation for international negotiations, it is not yet part of any compliance markets in the United States.     However, that does not mean that the GCF is not looking to the future of the compliance market—which could very well include REDD in the next few years.

“In the future, EKO expects that its GCF will also invest in carbon credits from ‘REDD’, as well as from reduced emissions and carbon sequestration via agricultural activities,” says the press release.   However, the fund is currently focused on investing in projects that will be approved under the current California system.

As Scott says, “What we find most exciting about the California market is that the state is also innovating by developing ways to enable emissions reductions from agriculture and international avoided deforestation to be part of compliance carbon markets.   As rules for those types of credits emerge, EKO will also invest in projects in those areas.”