Owners of private forests in the United States keep the surrounding countryside healthy and resilient, but they also face financial pressures to sell and chop.  A new report published jointly by Ecosystem Marketplace and the US Forest Service finds that landowners earn at least $1.9 billion per year from financing mechanisms that reward them for their stewardship. 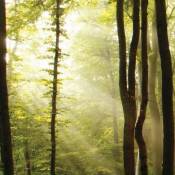 Owners of private forests in the United States keep the surrounding countryside healthy and resilient, but they also face financial pressures to sell and chop.   A new report published jointly by Ecosystem Marketplace and the US Forest Service finds that landowners earn at least $1.9 billion per year from financing mechanisms that reward them for their stewardship.

24 February 2011 | Forests are well-known for the ecosystem services they provide:   they filter water, store carbon, and protect habitat for endangered species.   Each of these services supports the surrounding community, and many believe that forest landowners should, in theory, be rewarded for providing them.

A new report issued today by Ecosystem Marketplace and the US Forest Service shows that many US landowners are, in fact, receiving that reward – in the form of payments for ecosystem services (PES) — to the tune of at least $1.9 billion per year.

The report, entitled Taking Stock: Payments for Forest Ecosystem Services in the United States, compiled data on a wide range of PES mechanisms – from government conservation incentive programs, to voluntary markets, to compliance-driven ecosystem service markets such as wetland mitigation credits.   According to the report, more than 80% of all forest-based PES money in the US came from non-governmental sources, including payments for wetland mitigation, hunting leases, conservation easements, and carbon offsets. The remaining 20%   came from   government incentive programs such as the Conservation Reserve Program (CRP) or Environmental Quality Incentive Program (EQIP). Furthermore, the report states that because of a lack of data for some markets and payment, the $1.9 billion figure is likely a low-end estimate.

Payments from non-governmental sources were divided roughly evenly between compliance-driven payments, including wetland mitigation and   conservation banking, and voluntary payments, such as the purchase of conservation easements or hunting leases.

The report also found that more than three-quarters of the payments made for forest-based ecosystem services — roughly $1.4 billion — were not made for a single ecosystem service but rather for a “bundle” of many services including water quality protection and wildlife habitat. Most of the rest—$500 million—were payments for biodiversity. Payments for forest-based carbon sequestration services totaled only $1.7 million in 2007, the most recent year covered in the study.

While the report shows that most of the payments came from programs or mechanisms that have been around for decades, such as government conservation incentive programs or the purchase of conservation easements, the report also shows that some newer methods are starting to gain traction. Conservation banking represented 7% of nongovernmental payments for biodiversity, and wetland banking represented more than 60% of nongovernmental payments for bundled services.

The variety of payment mechanisms examined in the report show that landowners have access to a large diversity of revenue options to compensate them for the ecosystem services their lands provide. These range from tried-and-true government payments to relatively new types of ecosystem service credits, such as carbon offsets and species credits. Nevertheless, the sheer number of transactions and the total revenues collected indicate that forest-based PES can be a significant source of income for U.S. forest landowners.

“Many people are aware of the New York City watershed example of ecosystem service payments,” said David Cooley, Research Associate at Duke University’s Nicholas Institute and co-author of the report, “but these data show that there are many, many other examples of forest-based PES in U.S.”

“Future policy will be needed not only to encourage more overall payments for ecosystem services, but also to ensure that more landowners have access to these sources of funding,” said Katherine Hamilton, Forest Trends’ Ecosystem Marketplace Director and co-author of the report.

Read the Full Report
Pineywoods: One Big (and Potentially Lucrative) Filtering Forest
Payments for Ecosystem Services: Download the Primer
SpeciesBanking.com: For All Your Species Needs!