The US Fish and Wildlife Service continues to encourage voluntary proactive conservation with a proposed policy that will issue credits to both public and private landowning entities for conservation activities that benefit at-risk wildlife. The draft policy will be published tomorrow in the Federal Register. 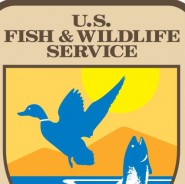 21 July 2014 | During the annual National Mitigation and Ecosystem Banking Conference in May, Larry Bright of the US Fish and Wildlife Service (FWS) mentioned the Service was in the midst of putting together a voluntary crediting system for non-listed species.

Tomorrow, a draft of this policy will be published in the Federal Register.

Under the proposed policy, landowners generate credits for practicing conservation activities that benefit declining wildlife or at-risk species. The credits can then be sold or traded to a third party or, if the species is later listed under the Endangered Species Act (ESA), the credits can be used to offset actions that negatively impact the species.

The proposal covers all at-risk species and not just the formal candidates up for a possible ESA listing. The primary requisite in receiving credit is performing conservation that generates a net gain for the species and outweighs the harmful activity the credit is offsetting. Also, the species can’t be listed at the time the conservation work is done in order to receive credit.

The Service has other voluntary conservation programs meant to proactively conserve species. This new policy is somewhat different. For one, it doesn’t guarantee exemption from later conservation requirements, which another of the Service’s voluntary conservation tools- Candidate Conservation Agreements with Assurances (CCAAs)-does. This new proposed policy is also available to any landowning entity-private individuals, corporations, federal agencies, tribes and states whereas CCAAs are available only to non-federal owners.

Incentivizing early conservation action will help protect at-risk species before nearing the point of endangerment, the FWS said in its press release.