This week, the US Agency for International Development (USAID) removed a giant unknown for investors interested in financing sustainable agriculture projects when it guaranteed the Althelia Climate Fund to the tune of $133.8 million. The guarantee is actually the first deployment of a new mechanism that agency officials say can be used to de-risk other sustainable ag projects as well. 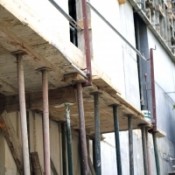 30 May 2014 | Cologne, Germany | US Secretary of State John Kerry has long been an advocate of addressing climate change. He pleasantly surprised many attendees at the Carbon Expo 2014 conference in Cologne, Germany this week by announcing a new effort by the US federal government to support projects that prevent deforestation.

The US Agency for International Development (USAID) will offer a new-risk sharing loan guarantee that will enable the Althelia Climate Fund to lend up to $133.8 million in commercial financing for forest conservation and sustainable land use projects in developing countries where people rely on the forests for their livelihoods.

The forestry and land-use sector is a major contributor to global greenhouse gas emissions, so finding capital to finance projects that address deforestation and conservation is critical, said Sylvain Goupille, Althelia’s Co-Founder and Managing Partner. In June 2013, the fund completed its first closing after raising more than $80 million to be invested in REDD+ and other ecosystem services projects. In March, the fund made its long-awaited first investment in a REDD+ project: a $10 million commitment to support REDD+ in Kenya’s Taita Hills, adjacent to the historic Kasigau Corridor REDD+ Project, operated by project developer Wildlife Works. The fund has been working with USAID for more than a year to put in place “a very innovative and cost-efficient way” to reduce the investment risk and allow capital to flow to these projects, he said.

Reducing climate change impacts and promoting low-emissions growth is one of seven core development objectives for USAID, said Stephen Matzie, Investment Officer for the Development Credit Authority (DCA), a USAID department that uses partial credit guarantees to mobilize local financing in developing countries. In keeping with its mandate to improve services for the poor, the agency honed in on particular sectors, including REDD+, household devices and small-scale renewable energy projects.

“REDD is a good place for us to work because there are some huge challenges, some of them just in terms of how little upfront financing there is to develop projects, the length of time it takes to develop projects that can be implemented and earn credits and prove sustainability over time and, of course, the challenges of being solely in the voluntary markets at this point,” he said. “The other compelling story line is that it provides so many positive outcomes when done correctly, including forest conservation and reduced emissions, but also sustainable livelihoods at the local level and increased biodiversity. It touches upon a lot of things that are attractive to us.”

US President Barack Obama previously committed $1 billion to support REDD+, most through technical assistance, policy frameworks and working with industry groups such as the Tropical Forest Alliance. USAID has already funded the BioREDD+ program in Colombia, which started in 2011 and will run through 2014. Through the program, $27.8 million will be invested in biodiversity, REDD, and climate change adaptation, with eight REDD+ projects totaling more than 700,000 hectares being developed in the Pacific region in the country to be validated under the Verified Carbon Standard and the Climate, Community and Biodiversity Alliance.

In this partnership with Althelia, agency officials see an opportunity to expand on its BioREDD initiative, with the hope of replicating the mechanism with other partners and adding a second transaction that will focus on projects such as clean cookstoves, water filters and micro-solar, Matzie said.

“This is how we can scale up, which I think is critical for USAID and other donors, and replicate this in 20 different forests around the world,” he said.

The agency has a mandate to encourage more innovative financing mechanisms and the DCA is specifically tasked with trying to leverage commercial finance through debt transactions by providing partial guarantees, Matzie said. For DCA, the key element of any transaction is that risk is shared between the agency and its partners so about 80% of its transactions have a 50% guarantee, which officials believe provides the right incentives for its partners to make good credit decisions and pursue necessary recourses in case of default, he said.

But a major limitation for the agency is that it by law cannot guarantee equity investments. Matzie said DCA struggled with how to create a debt product in developing the guarantee for Althelia, which is not a bank or the capital markets, but a specialized fund making investments from funds provided by dedicated investors.

DCA originally planned to guarantee the number of offsets generated by an agreement, but the White House Office of Management and Budget questioned whether that type of agreement would actually be a loan. So the agency went bck to Althelia to continue working on the framework and settled on a path that separates the functions of the transaction, with a brokerage agreement established to govern the sale of offsets to the market and a separate agreement to establish a lending arm to finance projects, with the DCA guarantee attaching to the loan portion of the transaction. The loan agreement supports the upfront costs, but must be repayable in cash rather than carbon offsets, which are generated through low-emission activities and sold to third-party buyers. The income generated by the sale of the carbon and non-carbon assets would flow back to the borrower to pay off the loan.

“We try to be flexible in how we work,” Matzie said. “There’s no one-size-fits-all guarantee. It’s about how to connect the funds or the markets with the projects on the ground.”