The US Environmental Protection Agency on Tuesday said it wants to limit carbon dioxide emissions from new power plants to 1,000 pounds of carbon dioxide per megawatt hour generated.  That’s 40-50% below the emissions of modern coal-fired plants but about 25% higher than emissions from the most efficient new natural gas plants. 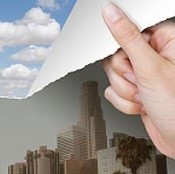 28 March 2012 | The US Environmental Protection Agency (EPA) on Tuesday said it wants to limit carbon dioxide emissions from new power plants to 1,000 pounds of carbon dioxide per megawatt hour generated.   That’s 40-50% below the emissions of modern coal-fired plants but about 25% higher than emissions from the most efficient new natural gas plants.

The proposed new standard will be open for comment for 60 days, and a final version will be issued later in the year.   This is the first time the EPA has proposed such limitations on the power sector, which generates one-third of US greenhouse gas emissions.

The proposal only impacts new plants, roughly 24 of which are currently in the early planning phase, according to the US Department of Energy.   Another 24 plants are already under construction, and it is not clear how they will be impacted.   Most of these already employ natural gas technology.

EPA Administrator Lisa Jackson said that a second proposal will address existing power plants later this year, and observers say that is where the greatest potential for reduction exists.

“Existing plants represent a significant opportunity to improve efficiency and reduce US greenhouse gas emissions,” said Kevin Kennedy, the World Resources Institute’s US Climate Director. “We can achieve these reductions at low cost while providing power plants flexibility in complying with them.”

The proposal comes on the heels of a November proposal issued jointly with the Department of Transportation (DOT) to set stronger greenhouse standards for passenger cars and light trucks beginning in 2017.

“A quarter of the nation’s fossil fuel-based generation capacity is more than 40 years old, and many plants are approaching retirement,” said Kennedy. “Any plants built today would likely be standing in 2050 and beyond, making strong rules for new plants an important part of the picture.”

“The Agency’s action establishes a logical and modest standard for new electric power plants and provides the industry with much-needed regulatory certainty,” said Ralph Izzo, CEO, Public Service Electric and Gas. “The EPA provides a framework for the industry to confront this problem in a cost effective manner.”