The United States published its eagerly anticipated national climate action plan to the United Nations web site on Tuesday, highlighting an economy-wide target of reducing greenhouse gases by 26-28% below 2005 levels by 2025 – a target that will not be reached through the use of international carbon market mechanisms. The plan, known as its Intended Nationally Determined Contribution (INDC), also lays out the country’s carbon accounting approach for the land sector. 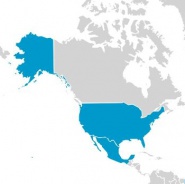 The United States published its eagerly anticipated national climate action plan to the United Nations web site on Tuesday, highlighting an economy-wide target of reducing greenhouse gases by 26-28% below 2005 levels by 2025 – a target that will not be reached through the use of international carbon market mechanisms. The plan, known as its Intended Nationally Determined Contribution (INDC), also lays out the country’s carbon accounting approach for the land sector.

31 March 2015 – The United States has set an “ambitious” goal to reduce its greenhouse gas (GHG) emissions as part of a new international climate agreement aimed at stemming the rise of global temperatures – a goal that does not rely on the use of international carbon market mechanisms.

Nearly 200 governments are planning to reach a new climate deal in Paris in late 2015. The anticipated agreement will take effect in 2020 and seeks to prevent global warming rising 2 degrees Celsius above pre-industrial levels and to adapt societies to existing and future climate change.

The U.S., one of the largest emitters in the world, has committed to an economy-wide target of reducing GHGs by 26-28% below 2005 levels by 2025 as part of this international effort, according to its Intended Nationally Determined Contribution (INDC), submitted to the United Nations Framework Convention on Climate Change (UNFCCC) on Tuesday. The emissions reduction target is not a surprise given the bilateral climate deal that the U.S. reached with China in November 2014, which uses the same numbers.

“The target is fair and ambitious,” the United States said in its INDC. “The United States has already undertaken substantial policy action to reduce its emissions, taking the necessary steps to place us on a path to achieve the [interim] 2020 target of reducing emissions in the range of 17% below the 2005 level in 2020.”

The U.S. highlighted several regulatory actions already implemented, including the adoption of fuel economy standards and energy conservation standards for building emissions. The country also observed that several federal agencies are engaged in additional regulatory actions designed to further drive down GHG emissions, including the Environmental Protection Agency’s proposed regulations to cut carbon pollution from new and existing power plants and to address methane emissions from landfills and the oil and gas sector.

Achieving the target set out in its INDC will require a further emission reduction of 9-11% beyond its 2020 target compared to the 2025 baseline and a substantial acceleration of the 2005-2020 annual pace of reduction to 2.3-2.8% per year, approximately double the current pace, according to the INDC.

“The U.S. proposal demonstrates real leadership, and should encourage other countries to put forward solid offers in the run-up to Paris,” said Alden Meyer, Director of Strategy and Policy for the Union of Concerned Scientists (UCS). “While the United States can and should do even more to reduce its emissions over the next decade, the U.S. offer is quite ambitious, given Congress’ unwillingness to take any action to deal with climate change. It underscores President Obama’s continued commitment to making full use of his existing authority to address the climate crisis.”

“This is a serious and achievable commitment,” said Jennifer Morgan, Global Director, Climate Change Program for the World Resources Institute.

The organization’s research has determined that the United States can reach its proposed target to cut emissions 26-28% from 2005 levels by 2025 under its existing federal authority, she added.

While the U.S. has pledged its best efforts to achieve a 28% reduction, the country does not intend to utilize international market mechanisms to implement its 2025 target at this time, according to the INDC. That would appear to exclude mechanisms such as REDD+ (Reduced Emissions from Deforestation and forest Degradation).

However, several observers highlighted the positive role of state-level market mechanisms in reducing carbon pollution in the United States.

The U.S. also laid out its accounting approach for the land sector in its INDC. The country intends to include all categories of emissions by sources and removals by sinks, as reported in the Inventory of United States Greenhouse Gas Emissions and Sinks. This includes everything from cropland to forest land to wetlands to rice cultivation.

The U.S. may also exclude emissions from natural disturbances, consistent with the IPCC guidance, according to its INDC. These may include wildfires, insect and disease infestations, and extreme weather events that are “beyond the control of, and not materially influenced by” the country in question.

Two thirds of industrialized countries covering 65% of GHG emissions from the industrialized world have now established their climate plans for the new agreement, with many of these contributions also reflecting plans to increase the ambition of emissions reduction over time, observed Christiana Figueres, UNFCCC Executive Secretary.

“Over the coming months we expect many more nations to come forward to make their submissions public,” she said. “The pace at which these contributions are coming forward bodes well for Paris and beyond.”

The European Union, Switzerland, Norway, Mexico and the U.S. – the first five jurisdictions out of the gate with their INDCs – account for nearly one third of global emissions.

Other major players include the Global Environment Facility and the UN Environment Programme; the European Union through programmes such as Clima South, Clima East or ClimDev; Germany through the GIZ; and the U.S. through various channels including the Low Emission Development Strategies partnership.

“It is most encouraging to witness this government to government cooperation and how bilateral and multilateral organizations have stepped up and coordinated support to developing countries to ensure they get maximum benefit in preparing INDCs,” said Don Cooper, head of the UNFCCC’s Mitigation and Data Analysis programme.

In October, the UNFCCC will produce a synthesis report aggregating the impact of all the submitted INDCs, Figueres said.

“The initial INDCs will clearly not add up to the emissions reductions needed to keep the global temperature rise under 2 degrees C, which is one reason why the Paris agreement must factor in a long-term emission trajectory based on science,” she said.

In addition, the Paris talks will need to outline how finance will be mobilized and scaled up to support the action and ambition of developing countries now and over the decades to come, Figueres said.