The earth is losing species at rates not seen for eons, in part because policymakers and scientists aren’t talking to each other.  The Intergovernmental Platform on Biodiversity and Ecosystem Services aims to change that. 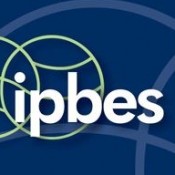 Panama City | 23 April 2012 | Representatives from 90 governments have approved the Intergovernmental Platform on Biodiversity and Ecosystem Services (IPBES) to provide a common platform for science, government, and the private sector to exchange research on the economic value of ecosystem services.   It will be housed in the former German capital of Bonn, which hosts such treaties as the UN Environment Programme’s (UNEP) Convention on Migratory Species, won the bid to host the secretariat of the new independent body at a meeting held in Panama City.

Although many organizations and initiatives contribute to improving the dialogue between policy-makers and the scientific community in this field, IPBES is established as a new platform, recognized by both the scientific and policy communities to address the existing gaps and strengthen the science-policy interface on biodiversity and ecosystem services.

“Biodiversity and ecosystem services are essential for human wellbeing,” said Sir Robert Watson, Chief Scientific Advisor of the Department for Environment, Food and Rural Affairs of the United Kingdom. “This platform will generate the knowledge and build the capacity to protect them for this and future generations.”

“I hope that this body will allow biodiversity to be better taken into account in sustainable development strategies, as did the IPCC for climate change over the last 20 years,” said Irina Bokova, Director-General of UNESCO. “Biodiversity loss is a key indicator of the changes which are affecting our planet.   (IPBES) will provide a more efficient coordination tool between researchers and decision-makers in order to rise to this challenge.”

The core functions of IPBES will encompass the following areas:

IPBES will respond to requests for scientific information related to biodiversity and ecosystem services from governments, relevant multilateral environmental agreements and United Nations bodies, as well as other relevant stakeholders.

A core trust fund will be established to receive voluntary contributions from governments, United Nations bodies, the Global Environment Facility (GEF), other intergovernmental organizations and other stakeholders, such as the private sector and foundations.

Various Bodies Welcome New Institutional Arrangements
Representatives from the scientific community, non-governmental organizations, indigenous peoples and the business sector met in Panama prior to the intergovernmental meeting to debate the modalities needed for the establishment of the new body.

The launch of the IPBES adds to the gathering momentum for the UN Conference on Sustainable Development (Rio+20) to be held in June in Rio de Janeiro, Brazil. It is anticipated that IPBES will become the key focal point for all agencies and organizations involved in the conservation and sustainable use of biodiversity, long-term human well-being and sustainable development and that the Platform will raise the issue on the political agenda, in the same way that the IPCC raised the climate change issue.