Aviation is one of the fastest-growing sources of greenhouse gas emissions, and will triple by 2050 if current trends continue. Flights between countries, however, aren’t covered by the Paris Climate Agreement, but by the International Civil Aviation Organization. That agency has agreed to cap net emissions at 2020 levels, in part by letting airlines offset emissions above a certain level, with key guidance due this week. 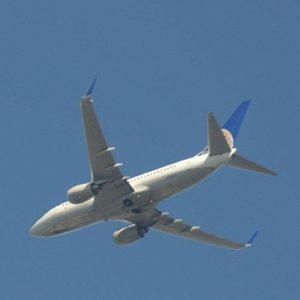 28 February 2019 | Greenhouse-gas emissions from international flights aren’t covered by the Paris Climate Agreement, but instead by the International Civil Aviation Organization (ICAO), which is a UN agency charged with coordinating aviation regulation. Two years ago, ICAO agreed to freeze net aviation emissions at 2020 levels beginning in 2021, and to create called called “CORSIA” (Carbon Offsetting and Reduction Scheme for International Aviation) that lets airlines net out emissions by purchasing offsets from emission-reduction projects.

Since then, they’ve been debating the types of offsets that will be allowed and how they will be accounted, and the ICAO Council is meeting this week to establish rules for moving forward.

Several countries have argued they should be allowed to use old offsets generated in the pilot phase of the Kyoto Protocol’s Clean Development Mechanism (CDM), while others argue they should only recognize offsets that incentivize new emission-reductions. The New Climate Institute published research indicating that weak restrictions on offset eligibility would simply funnel money into projects that don’t need the income to remain viable. Others point out that weak accounting could result in reductions that are counted against a country’s own emissions being recognized again in ICAO’s offsetting program,

Today, the International Coalition for Sustainable Aviation, which is a 20-year-old coalition of NGOs working to control noise and air pollution from air traffic, issued a letter urging ICAO Council members not to destroy CORSIA’s potential effectiveness and worsen the threat of global climate change.

Annie Petsonk, EDF International Counsel, explains: “Dumping double-counted carbon credits into CORSIA would punch a big hole in the climate benefit of the aviation agreement – and a big hole in the climate credibility of ICAO and the airlines. It would also undercut the Paris Agreement Parties’ efforts to limit the global temperature increase to well below two degrees.”

The letter also stresses that decisions taken in the coming weeks have the potential to help international aviation offset its emissions above 2020 levels and unleash a global market that drives investment in low-carbon economic development. This will only happen if countries on the ICAO council approve strong criteria for the eligibility of carbon offset programs, to ensure that emission reductions are not double-counted, and establish a technical advisory board, to evaluate programs and units for eligibility, that is free of conflicts of interest and operates transparently.

“The urgency of climate action cannot be overstated, and our call to action is particularly directed at EU leaders,” said EDF’s Petsonk. “Europe has led the world on fighting climate change – EU leaders must now drive a hard bargain at ICAO to make CORSIA a success. Without high transparency standards, ICAO could become the ‘FIFA’ of the carbon markets, with environmentally dubious credits issued to airlines not actually interested in cutting emissions.”

The impetus for CORSIA was the EU’s decision to include aviation in its Emissions Trading System. If the EU lets CORSIA adopt weak rules, it could open a back door into the EU ETS for ineffective surplus leftover from the Kyoto Protocol or double-counted credits via CORSIA. This would essentially reverse EU climate action in aviation and could undermine the recent price gains in the EU ETS, which is still the world’s largest carbon market.

By March 15, government members of the ICAO Council are expected to announce the criteria that carbon credit programs must meet in order to be eligible for use in compensating airlines’ emissions increase. This is the same day that thousands of students are expected to take to the streets worldwide for the Global Climate Strike, a movement started by Swedish student Greta Thunberg. EU governments now have the chance to stand up and prove their real commitment to act against climate change by making sure CORSIA rules deliver real emission reductions.

This story has been compiled and adapted from press releases, and some verbiage may be replicated.