Renewable energy costs have plunged in the past decade, but we’re still trillions shy of meeting the climate challenge. Carbon taxes will drive down emissions and fund solutions, while a general tax will do the latter but not the former. A new proposal calls for a voluntary surcharge on savings to get money flowing now, before it’s too late. 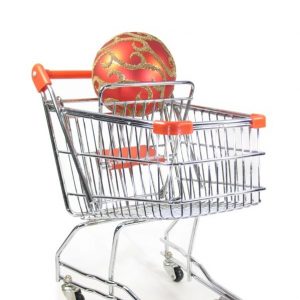 9 June 2019 | US Presidential candidates Jay Inslee, Elizabeth Warren, and Joe Biden have all pledged to funnel money into climate change, in part by rolling back recent corporate tax breaks and, in some cases, putting a price on carbon.

The proposals bring the US into the global climate effort, but they still leave the world a few trillion shy of the amount needed to fix the mess.

A new proposal calls for supplementing government funds globally by tapping the willingness of many savers to accept marginally lower returns, if they can make a difference to the problem through collective action.

Specifically, in a new Forest Trends paper called “Harnessing Private Investor ‘Willingness-to-Pay’ for Climate Change Mitigation”, environmental finance expert Rupert Edwards proposes the creation of something called the Global Climate Finance Foundation (GCFF), which could supplement funding from governments and philanthropic foundations through voluntary contributions of just 0.2% of investors’ savings each year. If investors controlling just $5 trillion opt in, that would generate $10 billion per year of donations for climate change mitigation, which could in turn leverage a much greater multiple of overall financing flows.

And $5 trillion isn’t much in the grand scheme of things. Indeed, it’s less than 3 percent of the $161 trillion global investor pool, and just 16 percent of the $31 trillion currently earmarked for Socially-Responsible Investing (SRI).

Edwards proposes that many investors would like to to go beyond current SRI models that avoid ‘bad’ things (such as arms, tobacco, and poor labor practices) or are predicated on achieving the same returns as normal investments-something that fiduciary obligations require investment managers to strive for. This fiduciary obligation means that the opportunities for a broad range of savers to deploy capital on concessional terms are currently extremely limited.

“SRI has become mainstream,” he writes. “Moreover there is evidence…that private investors are willing to sacrifice some financial return on investment, so that their savings can contribute to positive environmental and social outcomes.”. This is especially the case in relation to climate change because: “many savers are aware that their investments include sectors responsible for greenhouse gas emissions”.

He proposes a simple model to match investors’ ‘willingness-to-pay’ to help solve climate change with the understandable desire to see their savings track mainstream investment returns. Investors could commit a very small percentage, say 0.20%, of the value of portfolios to support credible government and philanthropic programs, for example for clean energy research or to save endangered forests.  Investment managers could offer a “tick the box” option alongside their usual investment products for “climate impact” donations that would then be passed on to the Foundation.

There is strong potential for such an approach to help cash-strapped governments, by engaging a public who currently feel powerless in the face of a climate crisis that is overwhelming the capacity of mankind to co-operate effectively at a global scale.