Deforestation accounts for 20% of all greenhouse gas emissions, and the UN bodies charged with mapping out the role of forestry offsets in a post-Kyoto climate-change regime are set to meet at least four more times before a final accord is hammered out in Copenhagen at the end of this year – beginning in June. Here’s a guide to the best coverage of the debate so far. 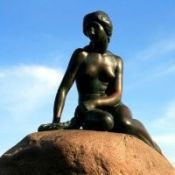 Deforestation accounts for 20% of all greenhouse gas emissions, and the UN bodies charged with mapping out the role of forestry offsets in a post-Kyoto climate-change regime are set to meet at least four more times before a final accord is hammered out in Copenhagen at the end of this year – beginning in June. Here’s a guide to the best coverage of the debate so far.

13 May 2009 | Forests were prominent on the minds of many of the 2,600 attendees at the Bonn, Germany climate meetings from March 29th to April 8th. For the first time this year, the working groups charged with hashing out sticky policy issues in the United Nations Framework Convention on Climate Change (UNFCCC) process (see The UNFCCC Process, right) met in an attempt to generate language that will serve as the basis

for the major climate negotiations at Copenhagen in December. One of the most substantial issues up for debate is whether and how to include Reducing Emissions from Deforestation and Forest Degradation, commonly known as REDD, as a mechanism for mitigating climate change.

In the meeting’s concluding press conference, UNFCCC Executive Secretary Yvo de Boer made it clear that there is tremendous energy from a number of parties and non-governmental organizations (NGOs) to bring REDD into the climate agreement set to be finalized in Copenhagen at the end of this year.

The deliberative progress on REDD, however, has been glacial, and the Bonn meetings proved no exception to this rule. In light of this, there is currently an attempt to establish REDD as a separate negotiating stream within the AWG-LCA,
which is one of the working groups referred to above and in the bar on the right.

Such a move would enable real progress on the tough issues.

It is an axiom of life that money complicates everything, and so it is for REDD. Over the course of the Bonn meetings, the debate continued regarding how to finance the reduction of deforestation in developing countries. Should REDD be financed in the model of traditional government-to-government development funding, or should it be linked to a market, and should it generate credits that can be used by industrialized countries to meet their emissions targets?

No consensus was reached on these questions in Bonn, but there was a general trend in the discussions towards developing a hybrid approach combining the various funding options.

A proposal from Norway helped focus discussions around the idea of a multi-phased process for REDD implementation that would be customizable, to fit the circumstances of each participating country. Correspondingly, each phase would be funded through a different finance mechanism, beginning with direct government assistance, and culminating in the generation of credits that developed countries could use to meet their emission targets. The Government of Norway released a report that elaborates this approach.

Leaving REDD aside, carbon emissions and sequestration from changing land use are already a part of the Kyoto Protocol, where industrialized countries must account for their LULUCF emissions. During a meeting of another of the working groups referred to above, the AWG-KP, a carbon accounting option suggested by the European Union caused quite a stir. The accounting method, known as the “bar approach”, proposes that a country would have a reference level of LULUCF emissions (or reductions), based on some agreed-upon historical baseline. If the country went below that emission level, it would be credited; if it went above, it would be debited.

The influential Climate Action Network viewed this proposal with a healthy dose of skepticism, suggesting in its ECO newsletter that the method might be susceptible to ‘gaming’. Without a doubt, however, the issue will reappear at the next AG-KP meetings, set for early June in Bonn.

The rights of Indigenous Peoples in the development and implementation of REDD also continued to be a contentious issue the in the Bonn meetings, with a number of organizations contending that little was being done to enable the participation of indigenous communities, or to protect the right to free, prior and informed consent (FPIC), as provided in the UN Declaration on the Rights of Indigenous Peoples.

The next major meeting will be June 1st-12th, again in Bonn, where the working groups will resume their discussions in tandem with two other deliberative bodies. And, as a sign of the urgency surrounding the negotiations, additional meetings have been added to an already crowded 2009 schedule, in advance of Copenhagen (see UNFCCC 2009 Schedule, right).

Copenhagen: The End of the Beginning for REDD?

While the addition of two new working group meetings on the UNFCCC schedule indicates a true commitment on the part of the working groups to bring substantial and specific text to Copenhagen for negotiation, it is still too early to tell how much progress can honestly be made in the next six months. Referring to the REDD negotiations, AWG-LCA chair Zammit Cutajar urged prudence from the participants. He reminded them that the famously complicated Clean Development Mechanism (CDM) is only covered in one small article in the Kyoto Protocol, and suggested that participants focus on sending the right ‘signal’ in Copenhagen, with the details being hashed out later.

Perhaps REDD will be a mere sentence in the Copenhagen document, leaving the details for yet another day?

At each UNFCCC meeting, organizations and institutions offer their perspective on the events, either through reporting or analysis. Here we have highlighted a few we found particularly useful.

For those that want to follow the events of the Bonn meeting in detail, the International Institute for Sustainable Development (IISD) reporting service provides the most consistent and impartial reportage throughout the various climate negotiations. You can download the wrap-up from the Bonn meetings, or you can view the index of their daily Bonn reporting. A word of caution: These summaries are laden with acronyms and arcane terminology.

In an insightful piece, Andrei Marcu, a senior advisor on emissions trading at the Canadian law firm Bennett Jones and negotiator for Panama, reads the tea leaves on the REDD discussions at Bonn, to try to divine what might happen in Copenhagen. He also offers insights into what it all might mean for businesses and investors.

With two bookend postings from the Bonn meetings, Charlie Parker of the Global Canopy Program provides a quick summary of what could have happened and what did happen with regards to REDD in the various policy negotiating streams, and offers a another perspective the ultimate outcome Copenhagen.

The Climate Action Network, which we alluded to above, represents 450 non-governmental organizations (NGOs) and provides daily coverage and (often witty) commentary from the NGO perspective through its ECO Newsletter.

To coincide with the Bonn meetings, a number of organizations and institutions released reports to inform, and in some cases influence, the discussions. Here are a few of the relevant publications.

The International Institute for Environment and Development (IIED) released two briefings by Virgilio Viana, director general of the Amazonas Sustainable Foundation which helped to pioneer a system of REDD payments in Amazonas. In the briefings, Viana makes the argument for funding approach for REDD that combines market access (carbon credits) with funding from governments.

Greenpeace released a report proposing that including forest offset credits in carbon markets would cause a 75 percent collapse in the price of carbon, triggering a subsequent reduction in clean technology investments. The report, however, highlights findings of an unconstrained scenario as opposed to the more likely one with politically constrained supply.

A number of organizations are attempting to work the issue of agriculture into the negotiations, both in terms of adaptation and mitigation. The International Food Policy Research Institute (IFPRI) released a brief summarizing the main arguments for doing so.

As with any major UNFCCC meeting, there are a host of official documents to sort through. These are all available at the UNFCCC website for that particular meeting. There, one can find the documents that various stakeholders and observer organizations submitted in advance of the meeting, to see where they stand on the issues.

Evan W. Johnson is a Forest Carbon Consultant based in the US State of California. He can be reached at evanwjohnson@hotmail.com.