Developed countries have vowed to help the developing world get up to speed on REDD, and many say they’re putting up billions towards the effort. Few, however, have actually followed through on their promises, and those who say they have aren’t doing a good job of proving it. The REDD+ Expenditures Tracking Project aims to change that. First in a series. 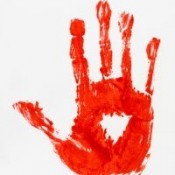 13 August 2012 | Developed nations have pledged more than $7.3 billion to help developing countries get up to speed on REDD+, and $4.3 billion of that is slated to be delivered by the end of this year. With four months to go, however, it’s not at all clear how much of that money has been delivered or how it’s being used.

In an attempt to answer those questions through more efficient tracking of REDD+ finance, Forest Trends is implementing a project that will follow the REDD+ funding commitments made to 13 countries.

Launched in December, 2011, with funding from the German Federal Ministry for the Environment, Nature Conservation and Nuclear Safety’s International Climate Initiative, the Skoll Foundation and the Rights and Resources Initiative, the REDD+ Expenditures Tracking Project aims to achieve greater transparency in REDD+ financial flows that will better inform governments and aid organizations as to where their donations are going.

You Paid for What?

The project launched more than a year ago but initially stalled because every respondent seemed to have his own definition of what constituted REDD+ – and, consequently, REDD+ financing.

“The difficulty for this project is trying to track REDD+ financial flows in multiple countries all using different definitions of REDD+,” says Marigold Norman, an Associate in Forest Trends Forest and Trade Finance program. “This is not just an issue of consistency, but it also widely impacts our understanding of the levels of funding going towards REDD+.”

This issue persists at the highest level, with the UN Voluntary REDD+ Database set up to track the levels of funding donors have reported spending and the amount of funding recipient countries report receiving. To date, reports on what donor governments have pledged and what the recipient countries have received rarely match up. This ‘financial gap’ may in part result from the lack of a clear definition of REDD+ finance.

Forest Trends responded by proposing a two-tier definition of REDD+.

The first tier explains international REDD+ finance as any financial transfers earmarked for REDD mechanisms and initiatives under the UNFCCC.

The second tier offers a description of national REDD+ finance as monies earmarked for REDD activities under a country’s REDD Readiness Preparation Proposal.     This remains broad but attempts to reflect the wider international broad definition as well to ensure consistency with other REDD tracking initiatives such as the UN REDD+ Partnership’s VRD.

“You need to access people and collect data that isn’t public,” says Mariana Pavan, the Public Policies Coordinator at Instituto de Conservaçí£o e Desenvolvimento Sustentavel do Amazonas (The Institute for the Conservation and Sustainable Development of Amazonas – “Idesam”), a Brazilian NGO spearheading the effort locally. “Having a good network and a trusting relationship with the people and institutions is a very good advantage.”

The Role of Local NGO Partners

Pavan plays an important role in the project. One responsibility she has is to identify the major sources of international funding for REDD+ in Brazil and track their commitments to REDD+ activities. Engaging with funders, she found out how much was pledged, where the pledged money went and who received it.   Having been a part of the REDD scene in Brazil for some time, Pavan was already familiar with who the donors are.

“In many cases, the people you need to talk to, local organizations already know,” she says. “If you hire me to work on a project in Liberia, I would have no idea who the funders are.”

But in Brazil, Pavan has experience and many connections to the government. Her work on numerous projects with the REDD Focal Point was a huge benefit to the Forest Trends project. To ensure support and trust from the government, which is crucial to the project’s success, it usually requires a contact inside the government.

In Ecuador, Forest Trends partnered with EcoDecision, a Quito based organization working throughout Latin America to develop new ways to finance conservation. A former government employee working with EcoDecision gave Forest Trends a sizable advantage. Her personal connections to key people in Ecuador’s government ensured the project was fully supported and promoted a very positive working relationship with the government.

In some countries, Focal Points who have lower levels of government funding for REDD+ may look directly to this project to cover staff salaries. As this project is part aimed at developing local civil society capacity, such a financial relationship with the government could become potentially problematic. Another issue Forest Trends has struggled with, especially as they expand the project into more countries outside of the original four, is locating any local organization that is best suited for a partnership and data collection.

“We’re using any network of people that we know that can work or recommend an organization that has a good relationship with government,” Norman says.   “We are also noticing regional networks starting to develop. Our partner organizations in Ecuador and Brazil have suggested other organizations in Latin America.”

Having already been through the data collection process, Forest Trends and EcoDecision are now considering ways in which they might be able to train any of the new regional partners to work on the project.

This is also taking place in West Africa, whereby the local partner NCRC in Ghana is now starting to train a local organization in Liberia to start implementing the project.

And Forest Trends must continue their outreach in order to incorporate 13 nations into the project by the end of next year. Bearing in mind what they have learned about local NGOs and that the structure of every country is unique, the project continues to grow. Colombia has recently been added bringing the list of countries in the project to five. Forest Trends is likely to bring on board organizations in Liberia, the Democratic Republic of Congo, Tanzania and Peru over the next couple of months.

The data from those countries is collected through a survey. The survey for 2012 has been revised to reflect findings from last year and also because of difficulties in gathering extremely detailed REDD+ finance information.

“The idea of the project was always to try and understand how much is being committed, how much is being disbursed,   and the time it takes between international pledges and the money being spent on REDD projects on the ground,” Norman says. The project also focuses on what types of REDD+ activities are being implemented.

The revised survey draws heavily from two key points that came out of early data from Ghana and ongoing discussions with all of the pilot project teams. It focuses on the amount of time between commitments and disbursement, the types of organizations pledging funds and the extent to which funds have been disbursed. “One very early result that we are beginning to see is the amount of REDD+ finance that is being channeled to international consultancies outside of the recipient country. This is something that we will continue to look at as we get more countries reporting their data” says Norman.

For example, some of the REDD+ commitments are spent financing NGOs’ research in the developed world. This very project implemented by Forest Trends- the REDD+ Expenditure Tracking Project- is funded by the German International Climate Initiative and the Skoll Foundation, money earmarked for REDD+. This is an important way in which nations like Ghana can highlight that not all international financial commitments are making it to the recipient country, and that more funding should be invested directly into REDD+ activities on the ground inside the countries.

As the project progresses and more research is done, Forest Trends is developing an online database and website where users can search for information regarding the REDD+ financial flows of countries involved.