Cameroon says it shares the money it earns from timber fees with local communities, but a study by the Center for International Forestry Research (CIFOR) says that program has been compromised by confusion and corruption, providing a cationaly tale for people hoping to distribute forest-based carbon revenues under the REDD+ mechanism. 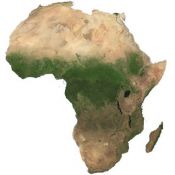 Cameroon says it shares the money it earns from timber fees with local communities, but a study by the Center for International Forestry Research (CIFOR) says that program has been compromised by confusion and corruption, providing a cationaly tale for people hoping to distribute forest-based carbon revenues under the REDD+ mechanism.

18 November 2010 | YAOUNDÉ | Cameroon | A new study finds a lack of transparency and corruption are reducing the impact of an initiative in Cameroon that channels a portion of national timber levies to rural forest communities. The study highlights the challenges of using a climate change pact to do something similar in forested regions around the world.

Paolo Omar Cerutti, the study’s lead author, said the AF’s impact is diluted by a murky and unreliable system for distributing revenues to local communities and a failure to discourage embezzlement and mismanagement in areas that receive funds. CIFOR also found evidence that at least a portion of the AF money is being used for programs that should be supported by central government appropriations.

“Cameroon has established a potentially transformative mechanism for sharing timber revenues with poor communities but we found the AF distributions, while a very promising concept, are not yet realizing their full potential,” Cerutti said.

“But problems can be solved,” he added, “and they can be enormously instructive for establishing equitable mechanisms for the distribution of REDD+ funds.”

REDD+ is shorthand for “reducing emissions from deforestation and forest degradation” The plus is a recent add-on, which represents conserving and enhancing forest carbon stocks, as well as the sustainable management of forests. It is the term used within international climate change talks for a proposed agreement that would establish a system to reward developing countries for not cutting down their forests because of the carbon stored in them. If successful, REDD+ could generate billions of dollars for some of the world’s poorest communities.

The CIFOR study highlights the challenges that could arise in trying to fairly distribute REDD+ funds, and in seeing the money invested to improve the livelihoods of forest communities.

The law in Cameroon stipulates that local communities—mainly through their local governing councils and mayors—should receive 50 percent of AF taxes levied on logging companies. The sums are large, given that from 2000 to 2008, the national government collected €20 million (US$27.3 million) in AF taxes annually, which means €10 million (US$13,7 million) should have been available for local use.

For example, the amount of money received in a particular community is determined by a number of factors, including the area controlled by the local council, the boundaries of a particular logging concession, and the amount of the AF assessment levied on a logging company. According to CIFOR, each of these variables are subject to change and, furthermore, they are controlled by different ministries “who do not consult with each other.” As a result there are frequent instances in which communities don’t get the funds they are expecting. Given the lack of coordination and data sharing among ministries, it is difficult to determine whether allocations are fair or not.

In addition, there is widespread suspicion that some of the AF money is mismanaged and even embezzled by local officials. For example, an assessment of eight councils that received a large amount of AF money found that 22 percent of annual expenditures were “hardly traceable intangible expenses” that appeared to “depend on the discretionary power of the mayors.” The mayors must stand for election, but CIFOR found that the even when voters widely suspect them of diverting AF money for personal use, most manage to retain power by manipulating local councils and party power structures.

Other complications also emerged. For example, mayors are sometimes at risk of becoming the “political scapegoat” for funding shortfalls created by the national government’s distribution system. The CIFOR article notes that in 2009, the government’s AF was cut in half to soften the impact of the financial crisis on logging companies. That decision meant less money for local councils.

Meanwhile, local councils routinely invest the AF money in basic infrastructure projects that should normally be funded by national appropriations, encouraging the idea that AF money is simply “substitute revenue” for programs that should be supported by the central government.

“Clearly, a functional system for allocating forest revenues—whether we are talking about Cameroon’s Area Fund or, on a much larger scale, REDD+ funds—needs to be simple, equitable and transparent,” Cerutti said. “But improving the distribution component is not enough,” he added. “The experience in Cameroon also highlights the importance of independent oversight to monitor, detect and sanction embezzlement or mismanagement at the local level.”

Cerutti also said it is critical that such programs don’t end up as an excuse for governments to renege on their obligations, thus negating the potential for the new money to reduce poverty.

“If the Area Fee money, or REDD+ money becomes a substitution for funds that the central government should be providing, then we are right back where we started,” he said.

The study was published in the International Forestry Review in June 2010. For more information, see here.