Rex Tillerson heads up the world’s largest publicly owned oil and gas company and, as the President-Elect’s choice for secretary of state, may lead the United States in climate change negotiations over the next four years. Tillerson’s record on climate action is a mixed bag, and policy experts say backtracking on the Paris Agreement would have adverse effects on the Trump administration’s international goals. 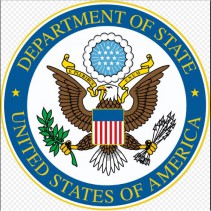 “The Koch brothers and oil lobby could not have designed a cabinet more favorable to their business interests,” says Peter Graham, a former climate policy negotiator for Canada.

Tillerson’s history on climate is mixed. He’s been with Exxon, a company investigated for misleading investors and the public about the effects of climate change, since 1975. However, he’s acknowledged the impact humans are having on rising global temperatures, and since he took over as CEO in 2006, the company’s view and its opposition to policy intending to curb climate change has softened.  Tillerson has expressed interest in a carbon tax, and Exxon issued a statement in support of the Paris Climate Agreement.

“While the company has recently acknowledged the human role in climate change and declared support for the Paris Agreement, Tillerson would need to go much further,” said Andrew Steer, President and CEO of the World Resources Institute. “One of the critical tests at his confirmation hearings must be his demonstration of a true commitment to America’s leadership on climate action, including fully supporting the Paris Agreement and honoring the country’s international climate commitments. Anything short of that would be unacceptable to the majority of Americans – more than 70 percent of whom support the nation’s participation in the Agreement.”

While Tillerson has tons of experience making corporate deals, he lacks diplomatic experience, and Graham says the two have some critical differences.

“When he was negotiating oil deals, I would assume that he was dealing with one or a handful of parties that were not objecting to the business but just trying to get a good as deal as possible,” he says. “In the UNFCCC (United Nations Framework Convention on Climate Change), he will be dealing with over 190 national governments that will object to US attempts to renegotiate the Paris Agreement in a way that allows the US to shirk its global responsibility and increase fossil fuel production.”

“They might be tempted to focus on a few countries and go in and say, we’re going to deal with China or Germany which is fine, but at the end of the day, it’s a multilateral negotiation and they’re going to have to deal with that,” says Silva-Chávez.

Then there’s the transparent nature of international negotiations.

“Sure, you can hide some parts of backroom deals to gain support from a few countries, but you’ve got civil society and government representatives in the plenary room with the US,” Graham says.

The dealings at Exxon do result in negotiations with environmental NGOs, Graham explains, but these talks happen on a project-by-project basis and not as part of a global movement. If the Trump Administration doesn’t support this global movement on climate, the world could view it as standing in the way of progress.

“On the global stage, America is “great” when it is respected as a positive contributor to world peace and prosperity,” Graham says.

That’s not to say countries won’t be cooperative.

“Of course, they will be diplomatic and try to welcome him into the fold and try to convince him that it is better to be part of the club than to be the dirty reject that must sit outside,” Graham says.

Silva-Chávez says staying in the negotiations with the objective to derail the process could be more destructive than pulling out altogether.

“If they really want to kill this, there’s many ways to do that if you know how the process works that don’t require you to pull out, mostly through delays and more delays,” Silva-Chávez says.

However, Graham thinks a US strategy to climate negotiations that either pulls out completely or takes an uncooperative approach will spill over to other international negotiations.

“The G77 and donor countries will not let the US off the hook in paying its fair share,” Graham says. “It will make it much more difficult to make great deals for the American people.”

WRI’s Steer agreed saying, “Climate change is now a central issue in international relations. Pulling back from the Paris Agreement would squander the goodwill that the United States has earned and poison the well for the Trump administration’s other international priorities.”

Silva-Chávez notes that climate change was an international priority under US President Barack Obama with the secretary of state a frequent attender of the ongoing talks.

“I’m not sure if climate change is going to be on top of this new administration’s agenda, and given where we are after Paris, these are major meetings that would require a secretary of state to attend. That is, if they want to tell the world this is still a big deal for us,” Silva-Chávez says.