Japan is home to the original Kyoto Protocol, but last year it slashed its emission-reduction goals and dropped out of the second phase of the Protocol itself. There is, however, a silver lining: the country’s new J-Credit System also came online in 2013, and it provides a streamlined version of the country’s previous voluntary standards. Researcher, Noriko Hase, explains the new system. 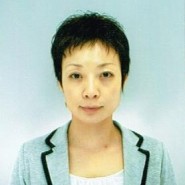 14 July 2014 | At year-end climate talks in Warsaw last year, Japan announced it had abandoned its ambitious plans to reduce greenhouse gas emissions to 25% below 1990 levels, and would instead aim to just keep its emissions from rising more than 3 percent above that year’s levels. It’s a change driven largely by the country’s decision to shutter its nuclear power plants after the 2011 Fukushima disaster  – a move that will lead to an increase in the use of fossil fuels.

Yet in the midst of weakening compliance goals, the government announced a new streamlined voluntary standard: the J-Credit System, which stems from the Domestic Credit System and the J-VER (Japan’s verified emissions reduction) System.

The Overseas Environmental Cooperation Center (OECC) has historically supported the J-VER program, and researcher Noriko Hase explains the new implications of the J-Credit scheme during a conversation with Ecosystem Marketplace’s Kelley Hamrick.

KH: Can you describe the recent changes to J-VER and J-CDM?

NH: We used to have two schemes for GHG reduction crediting. One is the Domestic Credit Scheme (or Japan’s Domestic CDM) originally developed by the Ministry of Economy, Trade and Industry (METI) and the other is the J-VER Scheme originally developed by the Ministry of Environment (MOE). The two schemes were merged into one new scheme and it started in April 2013.

KH: What is the process to make the switch to the J-Credit Scheme?

NH: What a project developer needs to do is to submit a paper saying that we want to transfer the project. It is very simple procedure. But a small number of projects have been transferred so far. One of the reasons might be lack of demand for credits.

With low demand for credits, there is no strong incentive for project developers to have new credits. At the last COP in Warsaw, Japanese government set the new emissions reduction target, 3.8% below 2005 levels. Although this target is tentative and has not yet taken into account the emission reduction effect resulting from nuclear power, the low figure might have some impact on demand for credits.

KH: So why  did Japanese central government create J-Credits?

NH: Now, the J-Credits can be used for voluntary carbon offsetting or CSR, and for the other policy actions such as the voluntary emission reduction target set by the Nippon Keidanren or Japan Federation of Economic Organizations. Keidanren sets the emission reduction target by 2020 in the KEIDANREN’s commitment to a Low Carbon Society. It is called a semi-compliance target as the Keidanren, the biggest business federation, has a lot of impact on Japanese policies.

The other way to use those credits is for a mandatory GHG reporting system under Japanese law. A company can report two emissions: one is real emissions and the other is the emissions after compensation by those credits.

Also the credits (except for sink credits) are used for the joint energy conservation projects under the Energy Conservation law.

NH: The Domestic-CDM credits could be used for the Keidanren’s emissions reduction target, the joint energy conservation projects under the Energy Conservation law, and for the mandatory GHG reporting. J-VER credits could be used for carbon offsetting certification scheme by MOE, and the mandatory GHG reporting. The other difference is methodology. Only J-VER had the forest sink methodologies.

KH: Do you think demand will change?

NH: The 3.8% reduction target is based on a zero nuclear power generation scenario. It’s up to us and the Japanese government whether to use the nuclear power again or not. Depending on our decision about an energy mix, the emissions reduction target might be changed in the future. Although the J-Credits are not directly used for the international GHG reduction commitment, it will consequently change demand of a carbon market.

KH: Are there any preferences for certain project types?

NH: It’s not the numbers from demand side, but from supply side, 70% of J-VER credits have been issued from the forestry sector. A forest project credit is quite popular for companies. But at the same time, a forestry credit is a little bit expensive than an energy credit. It could happen for companies to buy 70 % of credits from energy projects and 30% from forestry projects. But for their advertisement they may appeal the forestry credits.

Although a price of forest credit is more expensive, if a company needs only small amount of credits for voluntary carbon offsetting, such as one or two t-CO2, it is not an obstacle for company to buy it.