The US House of Representatives has begun marking up its version of the Farm Bill that the Senate passed last month with broad bipartisan support. The House version makes deeper cuts and lacks an important conservation amendment that passed in the Senate – and neither version mentions ecosystem services. 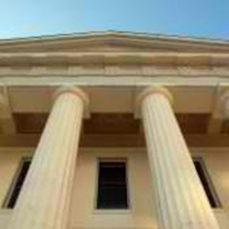 The Farm Bill represents the single biggest source of conservation funding in the United States. The US House of Representatives has begun marking up its version of a new $500 billion-dollar bill that the Senate passed last month with broad bipartisan support. The House version has some significant changes – it makes deeper cuts and lacks an important conservation amendment that passed in the Senate – and neither version mentions ecosystem services.

WASHINGTON, DC | 11 July 2012 |   “This is not your father’s Farm Bill,” US Senator Debbie Stabenow (D, MI), Chairwoman of the Senate’s Committee on Agriculture, Nutrition and Forestry, kept repeating last month while shepherding the Agriculture Reform, Food and Jobs Act of 2012 (S. 3240) through the US Senate.

This latest generation of the legislative colossus known colloquially as the Farm Bill covers a half-trillion dollars in subsidies and, at 1010 pages (or about ten pounds of paper), is a massive document.

For conservationists, it lacks the dazzle of the 2008 bill that threw the weight of a brand new office behind ecosystem service markets. In fact, the phrase “ecosystem services” appears nowhere in this new bill. But a closer look reveals a Senate bill that, despite some painful cuts to conservation programs, is both bipartisan and surprisingly forward-looking.

The House version of the same bill was released this morning. Whether the two can be smoothly reconciled – and the best parts of the Senate version can be saved – is anyone’s guess.

One amendment in the Senate bill, submitted by Senator Saxby Chambliss (R-GA), is missing from the House version. It looks like a small omission, but the Chambliss amendment is actually something of a legislative snowball.

The amendment re-links federal crop insurance subsidies to conservation compliance – the two were previously uncoupled in 1996. If it becomes law, farmers and ranchers will have to demonstrate some minimum environmental protections in order to stay eligible for their subsidies, which cover an average 60 percent of insurance premiums.

It’s a big deal because crop insurance subsidies are the only remaining program in the Farm Bill that doesn’t require conservation compliance. That means that farmers and ranchers can get subsidized premiums, no matter how unsustainably their land is managed.

As long as market prices for commodities like corn stay high, the incentive to do exactly that – forgo sustainable land management – looms large. When corn is six or seven dollars a bushel, that never-been-farmed prairie or low-lying wetland on a farmer’s property suddenly begins to look viable.

Add federally-subsidized crop insurance, and the needle shifts from “viable” to “can’t-lose.”

“A farmer can drain a wetland and plant corn, and as soon as that seed goes in the ground, he’s covered for crop insurance,” explains Steve Kline, Director of the Center for Agricultural and Private Lands at the Theodore Roosevelt Conservation Partnership. “Whether the seed even breaks the surface or not – it’s covered. And it guarantees him the same revenue level as he gets on his most productive acres.”

That, he says, has altered the way farmers manage their land. “Every farm in the country is having this conversation – how can we put every acre of this farm into production?” he says.

Paying for Subsidies, Over and Over

It’s exactly the sort of perverse incentive that exasperates economists and makes agricultural subsidies the poster child for wrong-headed policy.

Nor are environmentalists fans of this arrangement. A wetland, if drained and planted with crops, sheds valuable soils and unleashes nutrients like nitrogen and phosphorus upon water bodies in sufficient quantities to be considered pollutants. Rivers cloud with sediment. Lakes, overwhelmed by the nutrients, become choked and oxygen-dead from massive algae blooms.

And, if history is any guide, in twenty years some future Farm Bill will have to allocate money for wetland conservation to undo the damage from today’s flawed subsidies.

“The taxpayer’s paying for this stuff coming and going,” says Kline.

Jon Scholl says that this is the year to change that. The nature of the farm safety net is changing, says Scholl, President of the American Farmland Trust (AFT). We’re seeing a fundamental shift in the nature of federal support for agriculture. Farmers and ranchers are moving away from direct payments and towards crop insurance as their primary risk management tool.

“If we act now with crop insurance, you’re really talking in the area of only one to three percent of additional acreage or farmers being impacted,” says Scholl. “I think one of the main misconceptions that we hear a lot in the press is that this would open up a lot of new requirements for farmers. We just don’t think that’s the case.”

Nor would the amendment stop non-compliant farmers from getting insurance. “Remember that producers can still get crop insurance. The issue is the federal subsidy for insurance,” explains John Stierna, a consultant to the AFT.

In the House Chairman’s mark, the conservation compliance provision is missing.

High agricultural commodity prices have made their presence felt in other parts of the bill as well.

The Conservation Reserve Program (CRP), which pays farmers for soil conservation activities, will shrink. A phased ‘step-down’ will cap enrollment by 2017 at 25 million acres, down from 32 million today. Kline says that legislators are just acknowledging the inevitable.

“If the rental rate for CRP is forty or fifty dollars or even a hundred dollars an acre, but the landowner can rent the land to a farmer for three hundred dollars and acre – you don’t have to be an economist to figure out that CRP is going to be the loser there,” says Kline. “That’s what we’ve seen happening in the Corn Belt, the upper Midwest, the prairie states. The bottom line is that they can’t re-enroll enough acres to make up for what they’re losing. CRP is going to get smaller.

“What the Senate committee did was to anticipate the loss in demand for CRP, and they’ve taken that money they’ve saved to prop up their other programs like the Wetland Easement Program, which had no baseline funding moving forward.”

The bill’s titular ‘reform’ focus is also apparent in the consolidation of conservation programs. It has surprised no one that there’s less money for environmental protections in the new bill and a newfound emphasis on ‘streamlining.’ 23 conservation programs have become thirteen.

While such streamlining is driven by the need to cut budgets, much of it also makes good sense, says Scholl.

“Our efforts have been to primarily figure out how we can live with a little less money, but still make sure that we have effective conservation programs, and that farmers have the tools that they need in order to be good stewards of the land,” says Scholl. “We actually think an easier system with fewer programs is something that will be much easier for farmers to work with.”

Scholl is excited by another new initiative in the bill, the Regional Conservation Partnership Program (RCPP). There, combining four existing regional initiatives and pulling levers via another three programs lets decision-makers better target critical issues and work at the scale appropriate to the problem, he says.

The RCPP offers flexibility to identify key conservation issues – with a focus on soil quality, water quality, and wildlife habitat – and funding, via a competitive bidding process, to address them at local, regional, or even national levels.

“We think this really provides more bang for the buck with the limited dollars we have available,” says Scholl.

The question, of course, is what the House version of the bill will be. The Chairman’s version released this morning had much deeper cuts – $35 billion compared to the Senate’s $23 billion. No one knows what will happen on the floor.

Scholl is equanimous. “We’re hopeful that the conservation issues represent an area where there’s a lot of agreement,” he merely says.

The general expectation is that the flashpoint will be in the nutritional title, popularly known as food stamps, where there will almost certainly be some partisan grandstanding. With a current price tag of $75 billion, it’s by far the largest and most controversial of Farm Bill programs.

The Senate didn’t specify how much to cut the program. In the House version, food stamps were cut $16 billion – or about 20 percent from current levels.

For now, conservationists are keeping their fingers crossed that the food stamps issue won’t set the tone for the rest of the debate. Historically, the Farm Bill has always been an occasion to reach across the aisle.

“On the House side the Farm Bills have always been bipartisan, even in the most partisan of times,” Kline points out.

Scholl hopes that Speaker of the House John Boehner gets the bill to the floor soon. With Congressional recess approaching, and an election-year context, a lot of palms are sweaty.

“It’s got to get done before September 31st because that’s when the existing Farm Bill expires and the budget issue really comes into play,” explains Kline. “At the end of the year there are a lot of big-ticket items on the Congressional calendar. The chances are very good that come December or January, we’re going to see these budget baselines tighten. That’s going to make it more difficult to get a reasonable Farm Bill done. We can’t kick this can down the road.”