While it isn’t without policy uncertainty, the relative stability of California’s carbon cap and trade scheme has strengthened both compliance and voluntary carbon markets, says The Climate Trust’s Dick Kempka. Here, he explains the program’s positive effect, and pushes for more states and regions in the US to adopt cap and trade in order to meet national climate change goals. 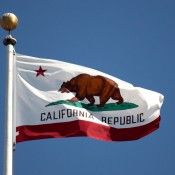 1 November 2016 | The Climate Trust is one of the oldest carbon market actors in the country, and has been working in this space for almost two decades. The land-based project types that we finance today can take several years to establish and begin delivering credits. Because of this lengthy commitment for project partners,one of the most frequently asked questions by our counterparties is, what will the carbon market look like in ten years? Of course, the honest answer is that we don’t know. We do however have a very bullish outlook on carbon.

The emergence of the California cap and trade compliance market has provided some much needed certainty in the void of otherwise unknown regional and national carbon legislation. This is particularly true for carbon credits used by compliance and voluntary markets to entice reduction of greenhouse gases that would otherwise not occur. The Global Warming Solutions Act of 2006, or California Assembly Bill AB 32, has created a price and market signal that allowed new carbon emissions reduction projects to emerge.

Although the program only applies to California emitters, the California Air Resources Board allows projects to be eligible for offset generation throughout the lower 48 states and Alaska—greatly expanding the geographic boundaries allowable for qualified projects. Prior to the California legislation,there were only voluntary credit markets, where companies and individuals could volunteer to offset emissions by purchasing credits that reduce the amount of carbon in the atmosphere.

Ecosystem Marketplace, an initiative reporting on market-based approaches to conserving ecosystem services, produces a comprehensive annual report that summarizes the status of voluntary carbon markets. The most recent report issued in May, Raising Ambition: State of the Voluntary Carbon Markets 2016, chronicled the growth of the voluntary credit market over the past decade. A chart from this report, nicely illustrates the fairly steady increase of credit market volume, until around 2012 when the California market began and voluntary volumes started to decrease. The decrease can largely be attributed to groups shifting supply-building focus away to the compliance market.

According to the report, in 2015 the voluntary credits transacted worldwide totaled 84 million metric tons of carbon dioxide. It is interesting to note, that even with an active compliance system (California)within its political boundary, the U.S transacted a robust 15.4 million tons, which is more voluntary credit supply and demand than any other country. This is a positive signal, as some pundits predicted the demise of voluntary markets once the California law was established.

However, it is hard to dispute that California’s system hasn’t impacted supply and demand in the voluntary market. For instance, even though the overall market volume for voluntary credits increased by 10% in 2015, the average price was down 14% to $3.30/ton, an all-time low. The Raising Ambition report attributes this price dip to a market still maturing, with significant built-up supply and intense competition for credit sales. I’m convinced that it is also due to a shift by many of the large companies operating in California—called Covered Entities—that now address their carbon emissions liability under the compliance law.

To date, the California cap and trade system has largely been viewed as successful. Allowances, or tradable permits issued by the state, have been carefully allocated to minimize leakage and cost pass-through to consumers while allowing for robust trading. Allowances are offered by auction every quarter setting a public and transparent price. California’s program also allows up to 8% of covered entities’ compliance instruments to come from offset credits in non-capped sectors, such as Forestry,Livestock Methane, and Ozone Depleting Substances (refrigerant coolant destruction). A key factor in the system’s success is that the Allowance price effectively sets a baseline for the credit price. For example, the current allowance price is around $12.90 and the credit price roughly trades at a 25%discount, or around $9.70/ton.

The beauty of this system is that any potential supplier with faith that the California system will continue beyond 2020, understands there is a strong possibility they will receive $10/ton, or likely more, for a credit. This price certainty, and demand from the 400 plus covered entities in California, makes suppliers much more likely to initiate an emissions reduction project and bring about the positive environmental benefits that come along with it. This strong compliance market signal has also had a positive effect on entities that risk capital to make businesses profitable, including market suppliers, brokers, investors,and buyers. A known carbon price allows each of these market players to strategically plan and operate in a more stable market.

To illustrate this point, The Carbon Disclosure Project recently released a report, Embedding a Carbon Price into Business Strategy, that includes disclosures from over 1,200 companies on their current practice, or plans for placing a price on their internal carbon emissions as an approach to managing carbon risk. The report asserts that 23% more companies disclosed their adoption of a price on carbon this year than in 2015. Another key finding shows that a carbon price has become more deeply embedded into business strategy than in previous years. Companies report that establishing an internal price helps by providing an incentive to reallocate resources to low-carbon activities. This strategy is also a way to reveal hidden risks and opportunities in a company’s operations and in its supply chains.

Of course, there are still policy risks for the California compliance market moving forward, including the highly publicized Chamber of Commerce lawsuit challenging the legality of auctioning Allowances.Additionally, even though the framework for the AB 32 system has now been approved beyond 2020, avoter ballot initiative may also be required to continue the cap and trade system beyond this date. These are definitely risks, but most experts see the market moving forward.

It is hard to overstate the relative stability this system has provided for the carbon market. California cap and trade has moved from very few offset credits issued in 2015, to over 48 million credits issued today. This has strengthened both compliance and voluntary markets, and allowed several hundred million dollars to be invested in project types that reduce carbon emissions and improve environmental quality—projects that otherwise would not have occurred. With the many positives that have come out of this system, a wider adoption of similar cap and trade schemes across other states and regions would go a long way towards promoting sound environmental projects, and helping to meet our nation’s climate change goals.

Dick Kempka is the Chief Commercial Officer for The Climate Trust.