While it’s laudable striving to avoid listing species, without a very real fear of listing, many ‘voluntary’ efforts would dissolve. Alternativly, it would be tragic to allow CCAAs to make everyone feel and sound like species were being conserved adequately, while in reality populations teeter and crash as stakeholders celebrate that at least new agreements stem the tide of species conflict in communities. 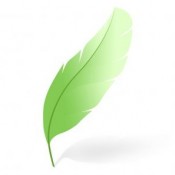 While it’s laudable striving to avoid listing species, without a very real fear of listing, many ‘voluntary’ efforts would dissolve. Alternativly, it would be tragic to allow CCAAs to make everyone feel and sound like species were being conserved adequately, while in reality populations teeter and crash as stakeholders celebrate that at least new agreements stem the tide of species conflict in communities.

20 August 2012 | CCAAs (Candidate Conservation Agreement with Assurances), are known as ‘White Hat’ tools because the Fish and Wildlife Service (FWS) is simply recognizing a positive species impact by a landowner. The ‘with Assurances’ part (and CCA’s are written without these) tells the landowner that the Service ‘Assures’ them that if the species is listed, the landowner won’t be asked to do further conservation just because the status of the species changed. This is the function of the ‘Enhancement of Survival Permit’ component of typical CCAA’s that kicks in when the species is listed – it says those CCAA actions are enhancing species survival overall.

This is why CCAAs could be powerful tools for project developers. If implemented prior to a species listing, the project will not have to do further conservation after the species is listed. Just keep doing as landowners agreed in the CCAA, and the Service will ask no more; that’s the reward for being proactive and helping species conservation before it’s mandated by law.

Yet some CCAA proponents take this one step further and begin the process anticipating that a strong CCAA might be able to preclude the need to list the species when decision-time comes, such as the legislators who requested the Lesser Prairie Chicken not be listed claiming the voluntary conservation efforts to preserve its habitat were adequate and disrupting further economical development with a listing status wasn’t necessary.

The ‘Enhancement of Survival’ idea is even being taken one step further, with suggestion that this ‘positive action’ could be used to offset or mitigate for a negative species impact as required after listing – a reference to the credit-trading that occurs with regulated conservation banking. It’s been ventured for the LPC, and the other charismatic bird – the Greater Sage Grouse.

But the legal ground gets a little shaky here because these kinds of tools haven’t been used to bridge voluntary measures and legal compliance. Attempting to use the CCAA in a situation that involves both degrading some habitat and replacing or restoring for an over-all positive species impact (i.e. when development is involved) the White Hat starts turning a little more grey.

And because CCAAs were not originally designed for such use, formal testing against the very parts of the Endangered Species Act that created them, has yet to provide legal guidance.

For example, the standards of a CCAA are less onerous that an agreement for a listed species: CCAAs are not necessarily permanent in terms of conservation actions or agreement length, and the formal standards to reach are different. CCAAs involve ‘conservation’, rather than mitigation, so colloquially refers to ‘good things for the species’; perfectly respectable when the species is not yet considered Endangered.

But standards become far more important when involving some form of Candidate Credit or Candidate Species Bank: are Candidate credits permanent, are the banks permanent? Do they need to be funded or protected the same comprehensive way a Conservation Bank is for a listed species is? If the objective is to use CCAA agreements after the species is listed too, then surely this requires the higher post-listing standards are applied to allow this.

Or perhaps CCAAs are being used simply so they’re present when the listing decision arrives, when such existing conservation is considered. This is how having a really good CCAA might be reason not to list a species, and this is what happened with the DSL. But if CCAA agreements apply standards less than those required of listed species, how far can such standards go towards assuring there’s no need to list? And what happens to the CCAA after making the decision not to list?

Fundamentally, can decisions under one part of the ESA be satisfied by CCAAs from another part of the Act, not originally linked in this manner? And is it more complex with credit-trading for species impacts involved?

And Then the Funding Issues…

Assuming the legal grey patches are resolved, there are still issues of resources. CCAAs take time and expertise to prepare to address those legal issues above, independent of any on-the-ground measures involved. Both FWS and CCAA applicants contribute and the FWS for one, is certainly resource-limited. And no doubt there will be applicants who deserve a CCAA, but don’t have the financial capacity to write one.

But the Most Fundamental Question of All….

For all the solutions better CCAA processes could offer, the fundamental element remains the “Candidate” part: there is only demand for these agreements because there is a real concern species will be listed. It’s exciting to think CCAAs could really be used to avoid listing species, yet with this ‘stick’ removed, how popular will such ‘voluntary’ agreements be? It’s laudable striving to avoid listing species yet without a very real fear of listing, many ‘voluntary’ efforts would dissolve.

In March this year the FWS put out an Advanced Notice of Proposed Rulemaking, requesting comments from the public about how the FWS manage and administer candidate and proposed-for-listing species. The comment period was extended in May, and closed in July. They’ve asked for feedback and suggestions as to how conservation of these species could be improved. Comments are currently being read and considered, and although there is no formal reporting process required some speculate this effort might be used to prepare for changes to the ESA ad maybe even the dare to dream of Conservation Banking guidance or similar.

Stay tuned to this reporter on EM for coverage of other moves to change and review the ESA and how species are proposed and considered for listed, from other government departments.

The Rise Of Candidate Species: Good News For Conservation Banking?
The Texas Conservation Plan: The Good, The Bad And The Lizard
Unlikely Group Moves To Save Birds’ Shrinking Habitat