With the US EPA’s new mitigation rules taking effect this weekend, GreenVest CEO Doug Lashley tells the Ecosystem Marketplace that what’s needed to save the Bay are not more ecosystem payment tools, but broader understanding of how existing tools work – alone and together – and the mechanics for implementing their use. 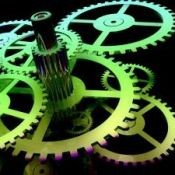 7 June 2008 | The Chesapeake Bay is the largest estuary in the United States. The land mass of the watershed that feeds it covers some 64,000 square miles in parts of six states, housing 17 million people. That population is growing. Although resilient, the estuary has deteriorated to the point where its health does not allow much of its natural habitat to survive – much less repopulate.

Late in 2007, the Chesapeake Bay Foundation issued its annual State of the Bay Report, and the grades were far from impressive: none of the 13 health indicators had improved from one year earlier, and three actually fell. The overall grade of 28 leaves the bay in the category of “dangerously out of balance”, although each of the principle Bay states have passed legislation designed to bring the grade up to 40 – or “improving” – in the next few years.

The Keys to the Shed

Much of the recent legislation that has been passed in an effort to protect the Bay contains enlightened market-based tools that can promote the Bay’s revival efficiently and without cumbersome regulation, but few of the policy makers in a position to implement these tools have been given the keys to the shed – let alone the operating instructions.

Chief among these tools is mitigation banking – a recognized and accepted method of negating the adverse environmental impacts of what has occurred in the past, but a method that has been woefully underutilized – for a variety of reasons.

The United States needs to better coordinate economic growth and environmental quality objectives at both the Federal and State levels. At present, these goals and objectives are uncoordinated – or, worse, in direct opposition to each other.

This stems from competing objectives among the Federal Government and the States, as well as among politicians, citizens, industry and planning officials.

But most importantly, financial resources are shrinking at all levels, including those deployed by government entities with enforcement power and stakeholders who protect their own turf. There simply is not enough public sector money to properly address the host of significant events and activities that negatively impact our most important natural resources.

A graphic example is what happened in March, 2008, when the Maryland legislature approved a budget which cut the new Chesapeake Bay 2010 Trust Fund by half – or a whopping $25 million.

The health and welfare of the environment has long been considered a social dilemma, and social dilemmas are traditionally the financial responsibility of government, and not of individuals. However, the quality of our resources is dwindling, and time does not allow continued inaction. As a society we should adopt intelligent and relevant measures to rectify the problem rather than force government to tax, regulate, and remediate.

We are in the midst of this very dramatic transition from government to society taking responsibility for a problem and correcting it. The private sector is best suited to solve the issue with support from the government. We have tried the opposite approach and it has not worked. The fundamental reason is that the government has neither the human or capital resources to implement in the field the restoration of ecological values. They know what they want, but they cannot implement.

In 2006, Maryland Governor Robert Erhlich signed legislation mandating state participation in the Regional Greenhouse Gas Initiative (RGGI, pronounced “Reggie”), which contains a provision for obtaining mitigation credit. This initiative was an important first step towards reviving Chesapeake Bay, but it has been too long in coming and is being too slowly implemented.

The current Congress has taken steps through the US Dept. of Agriculture to further facilitate and elevate the conservation banking market. The recently-enacted 2007 Farm Bill, for example, allocates $50 million to enhance the environmental credit market by establishing broad standards for the transactions and markets referred to above – but the devil, as always, will be lurking in the implementation.

After 12 years engaged in the development of conservation banks and brownfield projects with GreenVest and its predecessor, The Triangle Group, I have come to believe that tunnel vision on any single mechanism will fail to yield results.

What we need is an innovative solution that can serve as a model for taking care of this delicate ecology. Specifically, we need a trading system that is “multi-tiered”, one that encompasses all ecosystem resource values found within a defined area, such as soils, habitat, water and air.

Such a system must recognize that each acre of ground is different and presents unique opportunities to protect and restore these resource values. A concept plan that restores, enhances and protects these values in perpetuity must be adopted and implemented. It must be grounded in both the physical sciences and economics – meaning it must provide a financial incentive to undertake the restoration work as well as pay the landowner for its property.

Mitigation banking provides this reward in the form of credits tied to the type of restoration work implemented.

This is a market-based incentive, but it cannot occur without regulations to create and promote the market. In May, 2008, the United States Environmental Protection Agency (US EPA) as well as the United States Army Corp of Engineers announced the adoption of new compensatory mitigation rules that take effect June 8, 2008.

This is the first significant Congressionally-mandated change to wetland laws in almost 30 years. It will, if properly implemented and promoted within the agencies regulating the environment, promote consistency, predictability and more long-term protection and success restored wetland and water quality values.

The solution is a balance between economic incentives and inducements to the private sector with existing environmental laws and regulations. This solution has the potential to improve water quality, enhance wetlands, re-establish habitat and expand forested systems more quickly thereby hastening the pace by which we clean up negative impacts to these critical assets. The new rules will help accelerate this process.

Environmental protection can be addressed through a multi-credit market made up of a host of credit values. Multi-credit markets can streamline many of the program-integration issues that get in the way of action and progress.

These markets also can reduce significantly the cost imposed on regulatory management and compliance helping eliminate one excuse about why things to do not get done.

Multi-credit markets must, by definition, involve the trading of pollution credits and ecosystem values across multiple environmental media. This approach will recognize all of the ecosystem values that the Chesapeake Bay Watershed provides: its water, its wetlands, its habitats, and its riparian forests, among others.

It must, in other words, provide multiple incentives for restoration and improvement of ecosystem functions.

These in turn will financially supplement the existing government and non profit programs. The goal is to always consider the “downstream” impact.

A successful multi-credit trading system must be well-grounded in science and be endorsed through a stakeholder-driven process. Good science will be used to assess problems, identify opportunities, and define credits associated with Total Maximum Daily Loads (TMDLs), wetlands, habitat, and carbon. This will create incentives for ecosystem restoration and allow for cost-effective economic development.

Stakeholder processes will prioritize needs, establish the incentive system, and provide the mandate for the institutions that will be needed to support trading activities. Using science, stakeholders will have identified the zones within a watershed where action is most needed, and where improvements have the highest value.

A zone along stream corridors of the watershed, for example, provides a coincidence of soils, habitat, water, forests and wetlands that provide multiple values to people. We call this zone a “value tent.”

The tent concept shows that the greatest values usually occur along the edge of the stream and decrease as one moves upland (although in some unique systems, including those with significant groundwater influence, the tent may extend farther into upland areas).

The values and shape of the tent will vary with land use, soils and slope. Many of these concepts are in place based on all of the work accomplished under the Chesapeake Bay Critical Area Relief Act. The inspection, certification and trading program can be established based on successful programs carried out in other parts of the country.

A properly designed and implemented watershed-based environmental credit trading program will provide an incentive for businesses, utilities and municipalities to act in ways that further not only their own financial goals, but also improve environmental quality.

By implementing projects that create multiple benefits, the watershed manager or landowner can leverage a single project into multi-credit opportunities. As discussed above, this creates incentives for watershed restoration by allowing project owners to sell credits for any and all services created for which there is market demand.

We can’t wait another five years to see if current programs and practices can fulfill the promise of helping the Chesapeake Bay achieve a sustainable balance between economic development and environmental quality. The “State of the Bay’ demands a more concerted and wide spread initiative. People tend to gain courage by watching the innovation of others particularly if success occurs. To make a change in the world and to more effectively address what has gone wrong with the Bay we must creatively employ capital as well as exercise innovation and creativity that has enjoyed some success.

We learn best by example but must translate these examples and successes to date into further action. The proposed solution above is the best way to learn from what has worked and under what circumstances, so that leaders and followers can uniformly employ initiatives that will help curtail further abuse of the Bay as well as enhance the prospects that quality will be restored.

Douglas Lashley is President and CEO of GreenVest LLC, an ecological resource management and development group based in Annapolis, Maryland. He can be reached at +1 (410) 268-7422 or doug@greenvestus.com.

Part One Water Trading: The Basics