Climate talks have resumed in Bangkok, with several familiar sticking points.  One issue that has overstayed its welcome is the debate over how developed countries should account for carbon stored in and released from their farms, forests, prairies, and bogs.  Current rules let them decide which types of land use they will account for and which they can ignore.  Developing countries say that’s not fair, and with good reason. 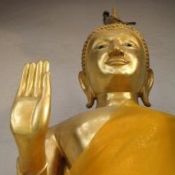 Climate talks have resumed in Bangkok, with several familiar sticking points.   One issue that has overstayed its welcome is the debate over how developed countries should account for carbon stored in and released from their farms, forests, prairies, and bogs.   Current rules let them decide which types of land use they will account for and which they can ignore.   Developing countries say that’s not fair, and with good reason.

This article has been excerpted from the Humane Society International Bulletin “Call for Truth in Targets” (avalible for download, right), which was distributed to negotiators attending this week’s climate talks in Bangkok, Thailand.   If you repost, please reference the original.

5 April 2011 | BANGKOK | Under the accounting rules of the Kyoto Protocol there is no requirement to account comprehensively for all emissions from land use, land use change and forestry (LULUCF). In a nutshell, this allows Annex 1 developed country Parties to pick and choose what they will account for and, as a result, they tend not to select to account for emissive activities. Their accounts are thus skewed by the incorporation of removals (sequestration) whilst leaving out emissions (logging).

This is the existing emissions loophole. Targets for Annex 1 developed countries are being undermined by the failure to even get important emissions onto the books.

The present accounting system is activities-based. It does not cover the entire land sector as would occur if land-based accounting was instituted. This is another problem for getting a real reflection of what is happening in land and forests into the accounts. The current LULUCF system defines several activities occurring in the land and forests sector but only mandates accounting for three activities1, leaving it voluntary for Parties to select to account for any other identified activities2. For instance there is no requirement to account for the drainage of peat soils and use of drained peatlands although both are known to be highly emissive.

The three activities that are currently mandated for accounting are:

Afforestation and Reforestation (known as A & R) deliver removals of carbon from the atmosphere via sequestration within the growing vegetation and soils.
Deforestation involves carbon emissions attributable to land use change, but this activity is restricted in the emissions it includes because it does not encompass the major emitting activity of logging when that area is subject to ongoing logging cycles, nor does it encompass the conversion of natural forest to plantations.

In both cases no land use change is involved. These instead fall under the voluntary activity of Forest Management, which is only selected by some of the Parties.

A cynic might note that the current accounting system is basically constructed to indicate when land enters or leaves the control of the forest industry while hiding harm industry does with the forest it controls. The current voluntary activities for LULUCF accounting are:

Each of these activities is generally emissive in nature and they are not frequently selected for accounting. This loophole is of a significant size. For example drained organic soils in developed countries emit about half a billion tonnes of CO2 emissions every year.

Encouragingly, it was decided in Cancun that a new, voluntary activity of ‘Drainage and rewetting’ of peatland should be adopted. This is welcome progress, as emissions from drained peatlands are large and ongoing until such drainage is reversed and the peat is rewetted or the peat exhausted. It can be predicted that Annex 1 Parties will select this new activity only when they are rewetting peatland and can gain from accounting for the emissions reductions involved, but this is an important and welcome initiative.

Currently, there is not even a proposal to make all of the remaining voluntary LULUCF activities mandatory for accounting let alone a commitment to do so. Mandatory accounting is the least that should be expected in terms of a move towards more comprehensive coverage in LULUCF in the Second Commitment Period. A ‘hot spots’ approach involving applying higher tier accounting to areas known to be of significant emissions impact, whilst the remainder is dealt with by lower tier accounting, is being discussed within the EU in order to overcome objections to the accounting impost entailed with a move to mandatory accounting. This is a commendable idea.

Proposed new accounting rules for logging (‘forest management’) are problematic and introduce their own emissions accounting loophole.   Criticism over the serious inadequacies of accounting for land sector emissions of developed countries under current LULUCF rules has prompted negotiations to construct new rules that will encourage most or all Annex 1 Parties to account for forest management (logging).

The problem is that the new accounting method that is proposed is more perverse than those we have now.

Developed countries are pushing hard for a new accounting framework that allows them to increase logging emissions without taking responsibility for them. This planned increase in emissions has been estimated at around half a billion tonnes of CO2 in total.   The proposed approach simply removes logging emissions from the books.

How does the logging loophole happen?

This is called the ‘reference level’ approach. It works by allowing each developed country to pick any level of emissions it likes and use it as a baseline.

Many Annex 1 countries have indicated that they intend to use forward looking (or projected) baselines. These countries plan to use Business As Usual (BAU) emissions, including any planned increases, based on their existing national forest and forest industry policy settings, as their baseline. Only deviations in emissions from this baseline will be accounted for. In other words, however grandiose their LULUCF growth plans may be, if they meet them, their accounting liability would be zero. Perversely, if actual emissions turn out to be less than their grandiose plans, the LULUCF system will book an undeserved accounting credit.

Such a projected reference level is designed to measure deviation from planned growth. It also serves to hide any increases in emissions associated with such planned growth. It prevents any level of ambition being imposed upon the sector.

Logging emissions should be measured relative to historical emissions data, and the intent should be to reduce them relative to those emissions levels. Use of a long term historical average as the baseline is the only option that closes the accounting loophole in a realistic and acceptable way.

Why has the logging loophole been designed?

Annex 1 Parties are failing to conserve stores (reservoirs) and enhance sinks and reservoirs. Many Parties intend to increase harvest rates and emissions from forest management. They are under pressure to account for forest management in the second Commitment Period.   However most of those Parties find owning up to the real emissions to be inconvenient. These emissions would not be reflected in accounts using the projected reference level approach.

Why does it matter?

If LULUCF is to strengthen ambition, the proposed accounting loophole for more logging must be closed. It is a serious departure from what a climate agreement should set out to achieve. Such perverse rules are not being constructed for other industry sectors. The forest industry is stitching up a deal all of their own with the complicit support of developed country Party negotiators. It is unlikely that other industries have been consulted as to whether they think it acceptable that forestry gets such a free ride and they do not.

There is significant carbon contained in developed country forests, and a large amount of emissions will arise from logging them. Three of the top five forested countries of the world are developed countries (Canada, USA, Russia) and Australia has the most carbon dense natural forests in the world.

Developed countries must reduce their logging emissions, not increase them. The first necessary step is that they agree to account for them properly and comprehensively. Hiding logging emissions in this new forward looking baseline accounting loophole will significantly undermine the targets of developed countries to make quantified economy wide emissions reductions while encouraging them to miss a great opportunity to increase ambition.

Alistair Graham has thirty years experience working with and for local, national and international ENGOs on a wide range of conservation and environment issues, especially native forest conservation and oceans governance, including negotiation and implementation of regional and global international agreements.   He can be reached at: alistairgraham1@bigpond.com.