Climate talks resumed earlier this month with the developing countries ratcheting up efforts to sign the European Union on for another eight years of the Kyoto Protocol, even as some balk at building on agreements made in Cancún, Mexico.  Here’s our Earth Day effort to shine the light of simplicity into the dark cavern of climate negotiations. 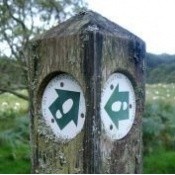 Climate talks resumed earlier this month with the developing countries ratcheting up efforts to sign the European Union on for another eight years of the Kyoto Protocol, even as some balk at building on agreements made in Cancºn, Mexico.  Here’s our Earth Day effort to shine the light of simplicity into the dark cavern of climate negotiations.

22 April 2011 | No one can accuse the Group of 77 Developing Countries and China (G77/China) of flubbing their math – at least not in ongoing climate talks under the United Nations Framework Convention on Climate Change (UNFCCC), the most recent flurry of which wrapped up in Bangkok on August 8.

Long before that meeting, G77/China performed a simple calculation. This unwieldy coalition of countries in various states of development added their membership (131 – having grown well beyond the original Group of 77 plus one) to the number of countries in the European Union (27) and realized that between them they have more than enough votes to extend the Kyoto Protocol for another eight years – regardless of what Russia, Japan, and other holdouts decide to do.

In Bangkok, G77/China ratcheted up efforts to bring the EU on board to extend the KP for another “commitment period”, which would run from the beginning of 2013 through the end of 2020. It’s an effort that will resume with the next round of talks on June 6 in Bonn, Germany, and continue intermittently until year-end talks in Durban, South Africa. European Union negotiators are listening, but the effort will come to naught without progress in a second negotiating track, the so-called “Long-term Cooperative Action” (“LCA”) track, which deals with more general policy approaches to climate change stemming from the 1992 UN Framework Convention on Climate Change rather than specifically on the 1997 Kyoto Protocol.

The LCA, however, remained frozen throughout the Bangkok talks because of a drawn-out dispute over the meeting’s agenda flowing once again from the long standing divide between rich and poor countries.

The two negotiating tracks – KP and LCA – were created at the end of 2007 in Bali, Indonesia, as part of the “Bali Action Plan”, which was designed to encourage negotiators to continue negotiating longer-term climate policies while side-stepping the gulf between developing and developed countries associated with the Kyoto Protocol (a major factor the United States avoided signing on to Kyoto in the first place).

The two tracks were supposed to converge at the end of 2009 in Copenhagen, Denmark, but have instead remained parallel to each other since their creation.

Land-use issues are split between the two tracks. The KP track is revising methods of accounting for emissions from land use, land-use change, and forestry (LULUCF) that rich countries are required to report, while the LCA track is developing mechanisms for saving endangered rainforests in poor countries – including mechanisms that harness carbon payments to encourage reduced emissions from deforestation and forest degradation (REDD). Because the LCA track was frozen in Bangkok, so were the much-anticipated talks on REDD-Plus.

The final product of climate negotiations held in Mexico last December, the Cancºn Agreements were endorsed by every UNFCCC member country but one: Bolivia, which has opposed market mechanisms ever since the election of Evo Morales in 2006.

The Agreements, among other things, provided the framework for aREDD-Plus Mechanism and outlined the types of activities to be rewarded under REDD-Plus (which adds sustainable forestry and forest conservation to REDD) The LCA was tasked with filling in the details for how the new REDD-Plus Mechanism will work, including how it is financed. The most recent talks in Bangkok were billed as a nuts-and-bolts session that would focus on turning the words of Cancºn into action, and LCA Chairman Dan Reifsnyder opened the meeting by presenting an agenda that reflected that.

Bolivia, which considers the Cancºn Agreements to be illegal because they were not endorsed unanimously, went even further – pushing to have all references to market mechanisms extracted from the agenda – echoing statements that Bolivia’s Ambassador to the United Nations, Pablo Sol³n, had leveled at the Cancºn Agreements.

“The text replaces binding mechanisms for reducing greenhouse gas emissions with voluntary pledges that are wholly insufficient,” wrote Sol³n in the UK’s Guardian newspaper at the close of the Cancºn talks. “These pledges contradict the stated goal of capping the rise in temperature at 2C, instead guiding us to 4C or more. The text is full of loopholes for polluters, opportunities for expanding carbon markets and similar mechanisms – like the forestry scheme REDD – that reduce the obligation of developed countries to act.”

Within the G-77, the Bolivarian Alliance for the Peoples of Our America (ALBA, or Alianza Bolivariana para los Pueblos de Nuestra Amrica) backed Bolivia’s demand that the Cancºn Agreements be purged from the agenda.  Comprised of Bolivia, Cuba, Dominica, Ecuador, Nicaragua, Saint Vincent, Venezuela, the Grenadines, Antigua and Barbuda, ALBA was also the one responsible for downgrading the Copenhagen Accord at the end of 2009 after US President Barack Obama brokered a last minute compromise. ALBA has been adamantly opposed to reduction targets for the developing world, even as the larger G-77 has expressed a willingness to make commitments if given the right financial and technical support.

As a result, G77/China offered an agenda of their own – one that broadly stated the need to explore funding from developed countries, but eliminated references to the agreements that had been made in Copenhagen and Cancºn. It was, essentially, the same agenda that negotiators had followed in Bali.

The United States, for its part, didn’t argue with those who say the Cancºn Agreements focused on details at the expense of a binding agreement. US delegation head Todd Stern even said that a global deal wasn’t necessary as long as enough countries agreed on certain mechanisms. In a Bloomberg interview, he likened the agenda dispute to “bickering over the shape of the negotiating table.”

The European Union, meanwhile, officially remains dedicated to a global pact formed by merging the two tracks into one, and has also long said it won’t sign onto a binding deal that wasn’t global in scope. It has also signalled that it is open to continue the KP, but only if it is part of a broader deal that includes a legally-binding outcome on the LCA side. Therefore, like the G77, the EU does not see the Cancºn Agreements as the end of the line, but as an important step towards a more comprehensive legally binding outcome.

It was against this complex backdrop that LCA negotiators spent the rest of the Bangkok talks (and the $4 million it cost to host them) haggling over a compromise agenda, which was eventually posted on the final day of the conference. This “$4 Million Agenda” should serve as the starting point for the next round of talks in Bonn, which will run from June 6 to June 17.

(For a more detailed summary of proceedings, visit the Earth Negotiations Bulletin’s coverage.)

The European Union has unilaterally vowed to reduce its emissions by 20% between now and 2020 regardless of what happens in global talks, but it has also offered to make deeper cuts of up to 30% if a “global” deal emerges in the near future. G77/China spent much of the Bangkok talks trying to leverage the EU’s existing promises into support for a second Kyoto commitment.

It’s generally assumed, however, that the only deal that would bring the European Union on board for another Kyoto commitment period would have to be comprehensive – that is, it would need to include the United States, Japan, and Russia – all of whom say they aren’t going to sign on for new commitments under the KP.