The BioCarbon Group is a major investor in cookstove and forestry emissions reduction projects for both the voluntary and regulated carbon markets in Europe and North America. Jason Patrick, Investment Director for the BioCarbon Group, talked with Gloria Gonzalez about a recent evolution in the corporate social responsibility world and its impact on the voluntary carbon markets. 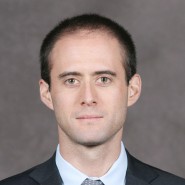 The BioCarbon Group is a major investor in cookstove and forestry emissions reduction projects for both the voluntary and regulated carbon markets in Europe and North America. Jason Patrick, Investment Director for the BioCarbon Group, talked with Gloria Gonzalez about a recent evolution in the corporate social responsibility world and its impact on the voluntary carbon markets.

21 May 2014 – The BioCarbon Group is playing both sides: that is, developing projects for both the voluntary and regulated carbon markets in Europe and North America.

In 2013, the investor announced several major transactions aimed at both voluntary buyers who purchase emissions reductions for reasons related to corporate social responsibility (CSR), ethics, and reputational or supply chain risk, as well as compliance buyers who surrender offsets for compliance as part of a regulated carbon market. Projects that distribute highly-efficient cooking stoves to households in Africa were a major theme for the group in 2013. The organization also announced a recent investment in the Lower Zambezi community forest conservation project in Zambia.

Ahead of next week’s release of Ecosystem Marketplace’s State of the Voluntary Carbon Markets 2014 report, Jason Patrick, New York-based Investment Director for the BioCarbon Group and a panelist at the launch of the report at Carbon Expo 2014 in Cologne, Germany on May 28th, spoke to Gloria Gonzalez about how the organization is operating in both markets and how committed European buyers are to voluntary carbon offset purchasing as part of their corporate social responsibility (CSR) initiatives compared to their US counterparts.

Gloria Gonzalez: How would you characterize the voluntary carbon market in 2013?

Jason Patrick: I would say that the voluntary market, especially in the US and a bit in Canada because of the linking of those two markets, has changed because of changes in the CSR world. There’s more work and attention and initiative than ever in the world of CSR today in the US, but I would say relatively less of that CSR activity is focused on voluntary offset purchases compared to a few years ago.

GG: Is it in relation to their budgets for CSR? Do they have limited dollars for these types of initiatives so they move on to other things or are there non-financial reasons that would cause them to shift their attention elsewhere?

JP: People like to focus on the new hot issue, which is a non-financial issue. But there are financial reasons too. In the US, there are still lingering impacts from the financial crisis of a few years ago. And when somebody in a sustainability department can implement initiatives that will make the operations of a company more efficient – thereby saving dollars – or put dollars to work by, for example, buying renewable energy, a lot of firms believe – and I’m not saying that I think this point of view is correct –that that is a better use of their money than purchasing offsets, even though they recognize the quality of offsets and the high positive impact that the purchase of offsets can have, especially in developing countries.

GG: For your projects in particular, what was the focus in 2013 and what types of projects are you focusing on this year and going forward?

JP: We have a new agroforestry project in Africa. That’s one that we’re marketing to voluntary buyers. We have another already in the books in Latin America. That started issuing last year in November. We also moved forward over the last year with a couple of cookstove projects in developing countries that we’re marketing to compliance buyers in Europe and successfully so. Projects such as cookstoves and agro-forestry projects are easy to get behind because of the co-benefits at the village level such as health impacts. We’re developing our projects with compliance buyers in mind simply because there’s more volume and a better price point. Voluntary buyers will pay a very high price for cookstove projects, but the volume is typically so small that it doesn’t really matter.

GG: Have you noticed any impact from a voluntary perspective from things that are happening on the compliance side?

JP: Yes, not so much in what I call the pure voluntary market – CSR buyers who only buy for that purpose – but (Ecosystem Marketplace) in your analysis is capturing pre-compliance buyers, voluntary projects that people believe will have value in a compliance program in the future that do not qualify today. There’s definitely been some activity around project types that probably will be approved by the regulator in California. I haven’t seen much activity in new project types with the European market in mind given the oversupply in that market.

GG: Any similar trends in Europe and North America?

GG: Any legislative or regulatory factors that could propel offsetting going forward?

JP: The one in the US, of course, is the promulgation of regulations by the (US Environmental Protection Agency) for new and existing power plants. There are some people who think offsetting will be an option for firms covered by the regulations, that EPA will essentially allow an offset program as part of that regulatory development. I think most of that talk is wishful thinking by US-based offset project developers. It’s possible, but we don’t have any clear indication from the EPA that that is going to occur.

I do believe there will be consolidation of developers because there were some firms set up years ago in anticipation of widespread international compliance markets. Of course, those markets haven’t come to pass. For those firms to survive, they need to see more international demand.

Gloria Gonzalez is a Senior Associate at Ecosystem Marketplace’s Carbon Program. She can be reached at ggonzalez@ecosystemmarketplace.com.