A slew of new tools, methodologies, and reports designed to support the markets for forest carbon were unveiled on Forest Day at the 14th UN Carbon Conference in Poznan – including initiatives from Avoided Deforestation Partners, the Climate, Community, and Biodiversity Alliance, and the Ecosystem Marketplace. 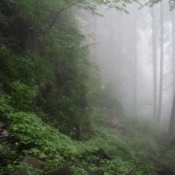 A slew of new tools, methodologies, and reports designed to support the markets for forest carbon were unveiled on Forest Day at the 14th UN Carbon Conference in Poznan – including initiatives from Avoided Deforestation Partners, the Climate, Community, and Biodiversity Alliance, and the Ecosystem Marketplace.

8 December 2008 | The Center for International Forestry Research (CIFOR) initiated the first Forest Day last year so that people attending the13th UN Climate Change Conference in Bali could spend one day focusing only on the science – and the politics – of using trees to absorb carbon and combat climate change.

This year’s event, dubbed “Forest Day 2”, drew more than 800 people and offered a chance for non-governmental organizations (NGOs) to voice their opinions, debate the details and introduce tools that support the use of forestry offsets. Here’s a quick recap of a handful of tools introduced on Saturday – most of which you can expect to see covered in more detail over the coming months:

The Ecosystem Marketplace launched ForestCarbonPortal.com, an online information clearinghouse for the terrestrial carbon markets. This satellite website to EcosystemMarkeplace.com includes daily news posts, original articles, a calendar of events, and a “tool box” of the latest intro guides, methodologies, software measurement tools and beyond. The site will also map projects selling land based carbon credits across the globe. Users can search for project sites by region, as well as by a variety of criteria such as project type, standard, registry, and credit prices. Projects are described in consistent ‘nutrition labels’ listing a range of criteria.

Using Modules to Build Your Own VCS Methodology

Another initiative soft-launched in Poznan is a proposed set of modules and accompanying “instruction manual” that project developers can use to develop REDD methodologies under the Voluntary Carbon Standard’s new rules for Agriculture, Forestry and Other Land Use (AFOLU).

Led by Avoided Deforestation Partners and funded by an array of NGOs and philanthropic organizations, the effort began at the Carbon Expo in Cologne, Germany, and involved consultation with some of the most experienced project developers in the industry.

The modules themselves are designed to harvest the lessons of past experience to serve as building blocks of a project methodology – which is the first major step in project development, and one that often consumes hundreds of thousands of dollars in research and planning. Under the current system, every project developer creates its own, highly specific (and costly) methodology.

Proponents of the modular approach believe it will streamline project development dramatically – but also warn that developing a project methodology is a bit more difficult than assembling a prefab doll house.

“There is not one project anywhere in the world that is the same as any other,” says Eveline Trines, Founding Director of Treeness Consult and a leading contributor to the project.

The upcoming “decision-support tool” that serves as an instruction manual of sorts poses a series of questions to help project developers determine which modules should be applied to which project types under which circumstances.

The draft version of both the modules and the decision support tool are being circulated among experts now, and a revised version will be made available for public comment in January – at which point you can expect to see a more detailed analysis on Ecosystem Marketplace.

In a similar note, Terra Global Capital also announced a new VCS methodology for avoided deforestation, which we will be covering in more depth later this month.

The Climate, Community & Biodiversity Alliance (CCBA) also made a splash on Forest Day, unveiling the second edition of its CCB Standard – which provides an overlay of social and biodiversity criteria to verify the ‘gourmet’ portion of existing carbon standards.

CCB 2.0 strengthens and clarifies a variety of criteria covered in the first edition, most importantly beefing up provisions for ensuring that the legal ownership of the carbon is clear and that the rightful owners consent to the project being undertaken.

Keep your eyes on Ecosystem Marketplace for an in-depth analysis of the new CCB Standards in the coming weeks.

UNEP’s Atlas: Finding the Frogs in the Trees

Anyone interested in blending biodiversity and carbon offsets will do well to check out another tool unveiled on Forest Day: the new Carbon and Biodiversity Demonstration Atlas launched jointly by the United Nations Environment Programme (UNEP), the German government, and the Humane Society.

The tool makes it easier to see which forests have how much carbon and how much biodiversity – and might thus be the most important to preserve environmentally and, theoretically, economically as well.

Finally, there’s the Global Canopy Programme’s Little REDD Book, which is a handy, 112-page primer on the Kyoto debates on REDD. Instead of trying to explain the concept from A to Z, it provides easy-to-read summaries of seminal positions on REDD put forth by various governments and NGOs, as well as links to detailed position papers.

Not surprisingly, it closes with a reference to PINC (Proactive Investment in Natural Capital), Global Canopy’s own acronym for the fledgling practice of investing in areas of tremendous environmental wealth but no regulatory drivers.

The concept is betting that our economy will evolve to the point of recognizing the economic benefits of ecosystem services and rewarding those who preserve them. PINC advocates aren’t waiting for regulatory drivers to create demand for ecosystem service payments, but are investing in fragile ecosystems now. This subject, too, is on our calendar for the coming months.

Steve Zwick is Managing Editor of the Ecosystem Marketplace. He can be reached at S[email protected].