Paying land managers for all the services generated by an ecosystem – instead of just one, like carbon or water quality – should, in theory, encourage more ecologically valuable conservation projects.  It’s an alluring concept that’s proven elusive in practice, but nearly three-quarters of ecosystem market participants expected that to change, according to a new survey published earlier this week. 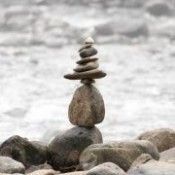 Paying land managers for all the services generated by an ecosystem – instead of just one, like carbon or water quality – should in theory encourage more ecologically valuable conservation projects.   It’s an alluring concept that’s proven elusive in practice, but nearly three-quarters of ecosystem market participants expected that to change, according to a new survey published earlier this week.

19 January 2012 | Some call it “stacking”, and others call it “bundling”.   Still others call it “layering”.   Whatever the term, it refers to a restoration or protection project selling credits in multiple environmental markets that are generated from a single piece of land. For example, a mitigation banker might market both wetland credits and habitat credits arising from the same acre. Advocates of stacking say it generates much-needed revenue for restoration, but others have argued that marketing the same project in more than one ecosystem service market is ‘double-dipping’.

To begin with, the stacking debate shows no sign of settling down. But the responses suggest that people are talking about stacking a lot more than they’re actually practicing it: although more than two-thirds of researchers said that they were currently working on stacking issues, only a third of sellers and 28 percent of policy-makers reported being involved with stacking projects.

Moreover, the majority of all respondents reported that they weren’t aware of any monitoring or verification work taking place on stacked credit projects, and policy-makers reported low awareness of existing regulatory or policy guidance on the issue, with the exception of species/wetland credit stacks.

Still, many respondents feel that stacking has the potential to drive a lot more dollars and land into conservation. Multiple respondents noted that landowners are more likely to participate in ecosystem markets where they can earn money for providing multiple services. 70 percent of credit sellers indicated that they expected stacking to increase the value of their projects.

“If we could overlap wetland banking with conservation banking,” one mitigation banker wrote, “we could reintroduce threatened and endangered species. Without a financial stimulus we can’t justify the increased cost and labor.” Linking more robust markets like carbon to ecosystem services that often lack interested buyers, like water quality, could be a shot in the arm for the latter.

What’s more, as one policy-maker noted, “stacking credits can lead to a more holistic ecosystem-based mitigation scenario. For example, if stacking is not allowed and we manage for only carbon, then we may choose a monoculture geared toward maximizing carbon. However, if we are able to stack credits, then we may engineer a project that blends carbon, species and water quality.”

Are All Credit Types Equally Stackable?

Survey-takers reported that species/wetland credits are the most common pairing, ahead of both water quality/wetland and carbon/wetland.

Interestingly, the survey also found a split in opinion between researchers on the one hand and policy-makers and practitioners on the other, with researchers indicating a much higher interest in carbon/water quality credit stacks than either policy-makers or credit sellers.

Yet despite wetlands usually being one half of a stacked pair in practice, some respondents have reservations about wetland credits’ compatibility with stacking in theory.

“A specific credit, like carbon, should be stackable with a compatible credit like water quality or habitat creation for endangered species,” wrote one seller. “A general credit, like wetland mitigation, should not be because all the habitat functions and values are [already] included.”

Letting a reforestation project, for example, sell not just carbon but also water quality credits will likely improve the overall ecological quality of the project.   But wetland mitigation, the seller argued, “when properly regulated, designed and built, pretty much maximizes the habitat and environmental values.”

In other words, stacking a water quality credit with a wetland credit might not lead to any substantial differences in the restoration plan or the ecological outcomes.   In that scenario, the only benefits seem to be to the credit developer’s bank account.

The Argument Against Stacking

Across the board, respondents said that the risks of double-counting, wooly bookkeeping, and outright abuse were a concern.

“Credit stacking would lead to even more criticism of an industry that is already highly scrutinized,” said one seller. “Banking continues to have challenges with its public image—the potential complications and/or failures with credit stacking could further damage the industry.”

One policy maker wrote that stacking “is ripe for abuse. A lot has to do with the accounting. For example, because of the way many wetland mitigation bank credits are assessed, it is hard to point to one acre as having X value for functions and values under CWA (Clean Water Act) versus species habitat values under ESA “Endangered Species Act).”

Measurement issues aren’t the only problem. The survey also indicated suspicion that stacking could actually lead to inappropriate restoration.

“Some sites lend themselves to credit stacking, but at other sites, trying to stack different types of credits can be mutually exclusive,” wrote one commenter. “For example, trying to maximize carbon credits on a site suited for wet prairie restoration.”

Policy-makers especially have reservations about ecological outcomes. Only 27 percent said that they thought stacking would clearly deliver positive environmental values, compared to half of sellers and researchers.

Yet the general consensus is that environmental markets are going to be much more closely linked in the coming years. 73.6 percent of those surveyed said they expected to be involved in stacking in some way in the future.

Gearing up for Ecosystem Services Stacking: Are We Ready?
Theory and Practice Collide in Efforts to Stack Multiple Ecosystem Values on One Piece of Land
When Is Credit-Stacking a Double Dip?
Download the Full Report

Genevieve Bennett is a Research Analyst at Ecosystem Marketplace and can be reached at [email protected].