While governments drag their feet on climate change, to what extent can nuisance lawsuits and other types of legal actions fill the gap?  FIELD hosts a climate justice panel discussion. 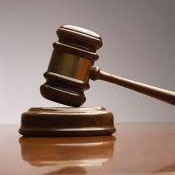 Climate change is going to be expensive, and the hardest-hit will be those least responsible for causing it.   If governments fail to implement a solution, can the current legal system at least be used to make sure those who create the mess pay for dealing with it?   More and more people are exploring this fascinating question,   which was front-and-center at a recent event hosted by the Foundation for International Law and Development.

21 March 2012 | The ocean around the Kivalina peninsula is rising, and the permafrost below it is melting. Soon, the tightly-packed village of roughly 400 Native Americans and 20 or so immigrants will disappear into the Alaskan sea – an early casualty of climate change.

The people who live there have no choice but to move and, in 2008, the Village of Kivalina filed a lawsuit against major U.S. energy companies to get them to foot the bill. After all, they argue, these companies helped to cause the climatic changes that will wipe this village off the map, and they should be accountable for the harm. The judge initially dismissed the case, arguing that it was a political, rather than legal, issue. The village appealed, and a decision is expected soon.

But, the likelihood of a favorable decision for Kivalina appears small in light of the Supreme Court’s June 2011 decision in American Electric Power Co. v. Connecticut. In that case, the Court closed the door on a growing number of lawsuits alleging that climate change is a “public nuisance,” and that those harmed should be able to sue. The Court concluded that the U.S. Environmental Protection Agency has primary responsibility to deal with climate change, pointing to an earlier case, Massachusetts v. EPA, which held that the agency is legally required to regulate greenhouse gas emissions as “air pollutants” under the Clean Air Act. In the Court’s view, litigation has a more limited, secondary role to play – those harmed can potentially sue the EPA for its failure to regulate.

But, while this type of lawsuit appears to have stalled in the U.S., lawyers around the world continue to explore how companies or even governments might be held accountable for climate change harms in court. Among them are Peter Roderick, Christoph Schwarte, and Myles Allen, who participated in a panel discussion hosted by the Foundation for International Environmental Law and Development (FIELD) last month.

“The really interesting legal cases now,” says Roderick, co-founder of the Climate Justice Programme, “are in the sphere of human rights and tort cases – civil wrongs – where people can sue for damages or sue for injunctions.” While these cases have only been attempted in United States, Roderick believes a case like Kivalina would get a hearing in the United Kingdom, and potentially elsewhere.

“The more interesting question is whether such a case would succeed, and there the argumentation is something that is being developed in the Kivalina case already,” he says. “It seems that it’s only a matter of time before these kinds of cases are brought in jurisdictions other than the United States.”

The defendants in these lawsuits would likely be fossil fuel producers, greenhouse gas emitters, and the companies that facilitate these activities. A regulatory or standards-setting body such as the United Nations Framework Convention on Climate Change might even be sued for setting too-weak limits.

The Problem of Causation

The question of whether such a case would succeed depends on a wide range of questions, not least whether the plaintiffs can prove that a particular harm was caused by defendants’ GHG emissions. Allen, a professor of international law at Oxford University and the third panel speaker, focused on the ability of climate models to establish causality between GHG emissions and specific, concrete harm.

Notably, the slow upward increase in average temperatures isn’t generally what causes the type of damages that would lead to a lawsuit. Rather, according to Allen, “harm almost invariably arises from extreme weather.” And while climate change might make extreme weather more likely, it’s incredibly hard to tell what would have happened anyway.

To illustrate the challenge, Allen points to the 2010 Russian heat wave, which caused an estimated 50,000 deaths from respiratory illness and $15 billion in economic losses. “We have papers appearing on the one hand saying that the Russian heat wave was mainly due to internal variability, but another paper also appeared last year saying within 80% probability that the heat record would not have occurred without climate warming.” It’s like spinning a roulette wheel with an extra zero – the chance of landing on zero is higher, but it’s still a small probability overall and the game retains a huge element of chance.

Fortunately, there has been tremendous progress over the past decade in understanding the impact of climate change on hydrological cycles and weather events. This progress is built on mountains of temperature and weather data. In fact, Allen says, the more unlikely the event, the more data is required.

Problematically, good weather data and well-calibrated models are not evenly distributed around the world, but tend to be concentrated in richer countries in the mid to high latitudes. As a consequence, some worry that basing liability (or things like financial assistance) on proving climate change harm will privilege developed countries, where weather extremes are more easily attributable to climate change.

Beyond the reach of domestic lawsuits, some are looking at how international law might play a role in spurring climate change action. Schwarte, a Senior Lawyer at FIELD, points to the “no harm rule” or “principle of prevention,” a well-accepted precept of international law, as a starting point. This rule comes from the 1941 case of a Canadian smelter that was found liable for damages to U.S. citizens and says, essentially, that no country has the right to use its territory in such a way as to cause injury in another country.

“The recognition of this principle is beyond doubt,” Schwarte says. Or, as the International Court of Justice (ICJ) declared in 1996, “the existence of the general obligation of states to ensure that activities within their jurisdiction and control respect the environment of other states or areas beyond national control is now part of the corpus of international law relating to the environment.” The principle has also been integrated into various international law and policy documents, such as the United Nations Framework Convention on the Law of the Sea and the Stockholm Declaration.

Also well-accepted is that a harm must be serious, significant, or substantial in order to violate international law. According to Schwarte, “Everything else – what are the legal consequences of the situation, for instance – is more or less contentious.” Balancing the right to exploit resources and the right to development against the no harm principle is tough and context-specific. It is also not clear how this principle can be applied to the scientifically-complex phenomenon of climate change.

To get clarity, a country harmed by climate change might want to make a claim against a major greenhouse gas emitter, alleging a violation of the no harm principle. Problematically for the country seeking legal relief, however, there is no international procedure or venue for these types of lawsuits.

If it can get the support of a majority in the UN General Assembly or other UN agency, a country can also seek a non-binding advisory opinion from the ICJ. Last year, Palau set this process in motion, asking whether “states have a legal responsibility to ensure that any activities on their territory that emit greenhouse gases do not harm other states.” While an advisory opinion from the ICJ can’t put an injunction on GHG emissions or require that damages be paid to Palau, it might help to further define principles of international law and move the debate forward.

As GHG emissions continue to trend upwards, melting permafrost, rising sea levels, and extreme events are causing real harm that should be recognizable under traditional legal principles. Yet, whether and how these traditional legal principles can be used to do justice in the case of climate change remains an open question on both the domestic and international levels. At the same time, it seems self-evident to many that legal liability has some role to play.

“At the end of the day,” Roderick says, “if there is any justification for law, it is that it means that when there is a dispute, we don’t kill each other. Here is a system that we have for resolving disputes, and there isn’t a bigger dispute or a dispute over a bigger issue than the question of climate change.”