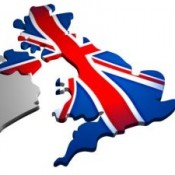 27 December 2010 | If a UK real estate developer damages the habitat of endangered species, he has to offset that damage, usually by fixing the problem somewhere on the same site – but it isn’t always so, and it may change going forward, thanks to a string of events that took place over the past 11 months.

Indeed, the country appears to taking giant strides towards the creation of a nationwide regime for ensuring that threats to biodiversity are handled in a way that ensures no net loss of habitat by implementing consistent rules across all jurisdictions.

That’s not how it is now.   Sites protected under the European Union-wide Natura 2000, for example, can utilize offsets to comply with the law, but offsets for this purpose have only been implemented in a handful of cases across the continent.   In February, the Economics for the Environment Consultancy (eftec) issued a report called The Use of Market-Based Instruments for Biodiversity Protection: the Case of Habitat Banking, which noted the limited scope of offsets under Natura 2000 and the Environmental Liability Directive.   It concluded that regulations would need to be amended or created to allow for an expanded scope under a regulatory offset program.

Nick Herbert, Conservative MP and the Shadow Secretary of State for the Environment Food & Rural Affairs during the previous Labour government, was a proponent of “conservation credits” for biodiversity, and while the 2007 Conserving Biodiversity – The UK Approach published by the Department for Environment, Food, and Rural Affairs (DEFRA) advocated “developing incentives for biodiversity such as biodiversity offsets, valuing ecosystems services and developing our understanding of how biodiversity can provide economic benefits to local communities,” no national program was put into place to support offsets.

In 2009, DEFRA commissioned a scoping study to investigate the possible designs and uses of biodiversity offsetting, determining that the topic warranted attention and that a biodiversity offset program that included a credit-trading component was possible under UK legislation, such as the UK Biodiversity Action Plan, but would require changes to the current regulatory framework.

With the transition from a Labour government to the new coalition government of Liberal Democrats and Liberals the ideological tendency, and now policy, is towards less, not more regulation. While a regulated biodiversity offset program would fly in the face of such a directive, a voluntary program would be a way for the government to show support for environmental policy without having to endorse regulation or increase the size of government.

As part of the process towards implementing such a system, the Natural Capital Initiative hosted a series of workshops. The first took place in June, covering legal, policy, and governance aspects of biodiversity offset programs, and bringing together experts to identify practical challenges in those areas. You can read the full report from the workshop here.

The second workshop, held in September, identified and assessed the current scientific knowledge and environmental information that would be necessary for the implementation of a national biodiversity offsetting program (You can read the report here.

The final workshop was held in early December, and brought together representatives of the public policy, conservation, and business communities to look at the ways in which biodiversity offsets could operate alongside offsets for other ecosystem services.

Andrew Dodd, Head of Site Conservation Policy with RSPB, helped with the organization of the first and second workshops. He saw them as a good venue to have participants from different sectors come together in a neutral space to discuss the possibility of a biodiversity offset program. Ian Dickie of eftec was also present at the workshops, but was underwhelmed by the experts in attendance, saying “There were thirty odd experienced professionals, but the level of awareness of offsetting and how it works was quite low. Really there were only about 10 who really understand offsets.” But both see an increased awareness and interest in biodiversity offsets, and point to the Natural Capital Initiative’s workshops as a good launching point for serious discussion about what place, if any, offsets have in protecting the UKs biodiversity.

And although the adoption of biodiversity offsets seems more likely than ever, it may not be what its proponents had hoped for. There is certainly a heightened awareness of payment for ecosystem services following the CBD COP16 meetings in Nagoya, which included a decision on business engagement that encourages biodiversity offsets, and the release of The Economics of Ecosystems and Biodiversity (TEEB) reports.   The new UK coalition government has already voiced supported for the idea of biodiversity offsets. In fact, the Natural Environment Policy Paper, a white paper to be released this spring, is expected to outline government proposals for an offset program.

Given the coalition government’s commitment to reducing regulation and meting out more power to local governments, a biodiversity offset program will more than likely be voluntary in nature and be regulated at the local level. After years of a Labour government opting for top-down regulatory approaches, the Conservative-Liberal Democrat coalition government has decided to move towards a less centralized form of government oversight.

A voluntary program has the advantage of granting flexibility to those involved in the offset market, as well as reducing the cost of the program. Both Dodd and Dickie were skeptical of how effective a voluntary offset program would be in achieving conservation goals, pointing out that the more successful programs were regulated, such as those found in the US and Australia. On the other hand, as Dickie slyly noted, it is easier to scrap a voluntary program than a regulatory one, and hoped that those in charge, likely DEFRA, Natural England, and the Department for Communities and Local Government, would adopt a voluntary scheme with good standards, seeing a weak centrally run program as the current alternative under the coalition government.

No one knows exactly what the upcoming white paper, a document that will set the course for UK environmental policy for the next few years, will say in terms of laying out guidance for an offsetting program. But with the coalition governments’ guiding principle being reduced regulation it is likely that a voluntary biodiversity offsetting program will be the first choice, if an offsetting option is chosen at all.

Habitat Banking: How it Could Work in the UK
Can This British Ecologist Save the English Countryside by Putting a Price on Nature?

Daniel Kandy is a research fellow at Ecosystem Marketplace, focusing on Forest Carbon and Biodiversity markets. He recently graduated from Washington University in St. Louis with a degree in anthropology, focusing on land use and agriculture.Ã‚Â  He can be reached at [email protected]>.
Please see our Reprint Guidelines for details on republishing our articles.