The "International Year of Biodiversity" has been a flop thus far, with species loss continuing at an alarming rate.  Delegates to biodiversity talks under the UN’s Convention on Biological Diversity (CBD) hope to change that by coming up with a ten-year plan to halt species loss by 2020.  That’s their job over the next two weeks in Nagoya, Japan, and Ecosystem Marketplace is there. 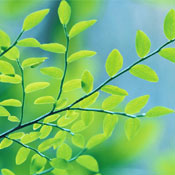 15 October 2010 | 2010 may officially be the UN’s “International Year of Biodiversity”, but cynics have been tacking on the word “Loss” ever since the slogan debuted in 2006.   As 2010 draws to a close, that cynicism appears quite prescient.

“Not since the dinosaurs died out has Earth suffered such a rapid loss of plants, animals, and ecosystems,” says a recent report from insurance giant Allianz. “Our destruction of nature could be even more costly than our greenhouse gas emissions.”

Therein, of course, lies one key to the solution.   Nature’s living ecosystems are worth more alive than dead, and not just because they’re nice to look at.   Healthy ecosystems filter our water, protect our coasts, and regulate our climate, which means the apparent conflict between economic growth and ecological health is a false one.

Degradation continues because our current economic system fails to account for the long-term ecosystem services lost in our quest for short-term gains.   Fill that hole, and you take a giant step towards fixing the problem.

We can fill the hole by incorporating the cost of nature’s destruction into the current cost of production – an argument that the Convention on Biodiversity (CBD) made quite effectively in its Global Biodiversity Outlook 3 Report (GBO 3).

The GBO 3 explores in detail the economic benefits of wetlands (which filter and regulate water), mangroves (which do all that wetlands do, and also protect shorelines and sequester carbon), and other systems that are often destroyed to make way for new development.   It then compares the short-term benefits with the long-term loss, to chilling effect.

The Economics of Ecosystems and Biodiversity consortium (TEEB) makes the same argument in its series of “TEEB” reports for business and policymakers.   They’ve issued three reports so far this year, and a fourth is set for release next week in Nagoya, Japan.

That’s where delegates from the 193 parties to the CBD are meeting for the CBD’s 10th Conference of the Parties (COP 10), which aims to chart a course for the next decade.

CBD boss Ahmed Djoghlaf has vowed that his time, the course will include financing mechanisms, and Ecosystem Marketplace is covering events on a daily basis in partnership with the Global Canopy Programme, which has just released a comprehensive and accessible list of financing mechanisms called the Little Biodiversity Financing Book.

COP 10 officially starts on Monday, which is when we’ll begin daily coverage of talks and side events.   For now, here’s a look back on key stories from the past nine months.

Financing and the CBD