Voluntary carbon credits were created to reduce CO2 in countries without existing carbon “caps."  But European corporates also like them, looking to invest in local projects that are not always kosher under Kyoto. This special report from Ecosystem Marketplace explores existing programs’ limited options and the creative approaches to domestic carbon reductions – and how Durban could change everything. 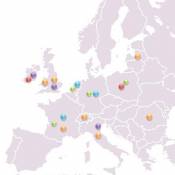 Voluntary carbon credits were created to reduce CO2 in countries without existing carbon “caps.”   But European corporates also like them, looking to invest in local projects that are not always kosher under Kyoto. This special report from Ecosystem Marketplace explores existing programs’ limited options and the creative approaches to domestic carbon reductions – and how Durban could change everything.

2 December 2011 | When you ask carbon market participants about their expected outcomes from the UNFCCC’s 17th current Conference of Parties (COP17), they might rattle off a laundry list of hopes – like clarity around a workable mechanism for addressing deforestation in the developing world (REDD+) and learning the fate of the Clean Development Mechanism (CDM).

In most cases, though, progress will be stalled until developed countries (Annex I) can decide whether or not to embark on round two of the Kyoto Protocol – the international market mechanism that’s been the primary tool for making and trading emission reductions since 2006.

Hardly making a blip on observers’ radars, though, is how this decision to extend Kyoto will explicitly impact the voluntary carbon market’s ability to develop forest carbon mitigation projects in Europe – where generating offsets is traditionally taboo due to “double counting” concerns.

It turns out that a Kyoto extension – or lack thereof – not only affects supply and demand for forestry activities in the developing world, but also in Europe where corporates desperately seek local projects that directly impact their companies, communities and customers in a time of economic downturn.

This special report from Ecosystem Marketplace explores how a handful of programs – from third-party standards to domestic trading programs to government funds – are approaching domestic emission reduction projects.

The legitimacy of their reductions may or may not benefit from a second Kyoto commitment period. You see, there’s a reason the State of the Voluntary Carbon Markets reports find that Europe has consistently supplied less than two percent of all voluntary carbon reduction credits (offsets) transacted worldwide.

That reason is Europe’s regional commitment to the Kyoto Protocol.

Because each European nation has agreed to account for and reduce its emissions over time, any voluntary actions – to generate offsets or simply reduce direct emissions internally – only help the government meet its long-term targets.

And because the Kyoto system is so comprehensive, it’s tough to hide from national emissions inventories. Almost all emissions are accounted for by some commitment, with the exception of some land-based emissions that Annex I nations can choose not to report.

Even those “opt out” land-based emissions from managed forests could be included in national inventories if Europe decides to go it alone and opt in to another commitment period.

But the game may be changing. If Europe doesn’t top up for another round of Kyoto, its nations could soon be unaccountable for forest carbon emissions that can then be tackled by voluntary carbon market project developers eager to generate some of the first truly credible carbon offsets in the EU.

Before you get excited, though, consider this:  if the only commitment that remains is the EU ETS, will nations continue to count all types of forestry in the sum total of their national emissions?

For nations that face a long-term decline in forest cover and sequestration, there could be a disincentive to do so – but the rules have not yet been discussed or defined within the framework of international to regional negotiations and remain a big question.

How is the voluntary market preparing for either scenario? And why do European corporates care so much about domestic managed forests while Rome burns in the world’s tropical forest ecosystems?

Find answers to these questions and more in this special report.